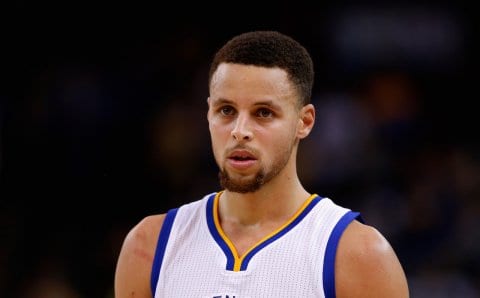 Anyone who watches basketball knows that Steph Curry is probably not human. The man’s playing on a whole new level, and NBA 2K16 plans on rewarding everyone who plays as him by maxing out his Rating so we can know what it’s like to be as great as he is.

Under Armour and 2K Sports announced that Curry, who recently became the first unanimous winner for the NBA MVP award, will have his Rating boosted to the highest level of 99. Starting Thursday May 12 at 3 PM PT, you’ll be able to know what it’s like to play as Steph Curry at his true power. And in case you need a reminder of what that’s like…

Curry’s boost will make him, as this video puts it, “the greatest shooter in NBA history”, and it’s definitely hard to say that they’re wrong on that front. The max out will only be good for 30 hours, so be sure to get your fill of ultimate Steph Curry while you can!