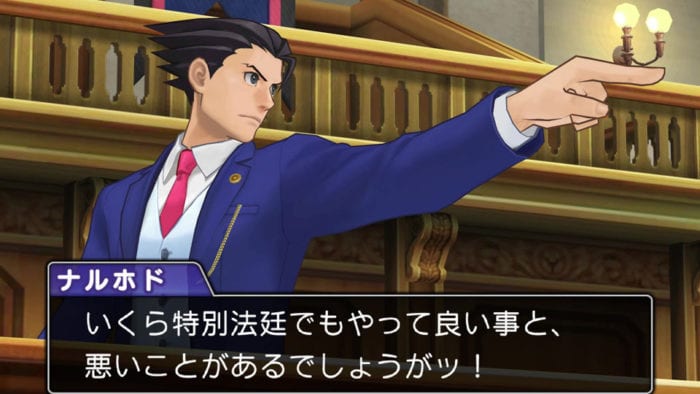 Capcom has announced that Phoenix Wright: Ace Attorney – Spirit of Justice will be getting an additional downloadable chapter called ‘Turnabout that Crosses Time’ on the Nintendo 3DS. This chapter will serve as a mini sequel to the full story of Spirit of Justice, meaning players won’t be able to access the DLC until they’ve cleared the main game.

This downloadable chapter will also feature Phoenix’s childhood friend Larry Butz, who appeared in the first game, along with series favorites like Maya Fey and Miles Edgeworth. The DLC will be available for free on the Nintendo eShop from June 30 to July 20, and will have to be purchased after that date. For now, the DLC has only been confirmed for Japan, though it’s likely that it will come to the west as well, since Spirit of Justice has just gotten a localization announcement and release date.

You can check out screenshots of the new chapter down below.

Phoenix Wright: Ace Attorney – Spirit of Justice is set to be released for the Nintendo 3DS some time in September for North America and Europe.