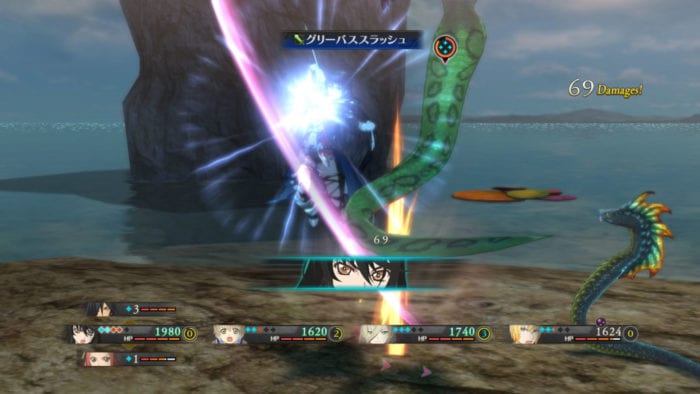 First announced back in 2015, a new feature was also revealed for the game’s battle system. Switch Blast is tied to a character’s Blast Gauge and will let players switch up a character to back up a fellow character in battle. Here, the Gauge can be filled by using Break Soul. The backup character has an extra soul, so if one character loses theirs, that’s when the extra becomes useful. Also mentioned along with the Blast Gauge was something called the “Mystic Artes”, which Bandai Namco said they’d talk about at a later date.

Along with the Switch Blast, Bandai Namco also announced a release window for the non-Japanese versions of Tales of Beseria. While Japan will be getting it for PS3, PS4, and PC in August, the rest of the world will only be getting it on the PS4 and PC early next year.