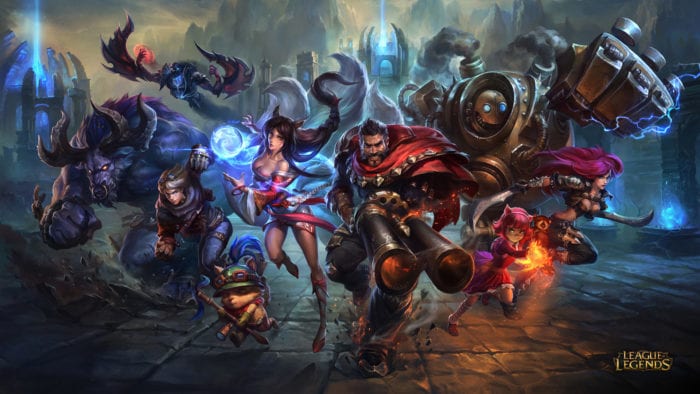 League of Legends is finally growing out of its old class system, shedding general categories like “Support” and “Assassin” for more defined classes and subclasses that better categorize in-game roles.

With an ever-expanding list of champions donning skill sets far more unique than those of earlier years, Riot thinks its time to revamp their labeling system. According to their updated philosophy, classes and subclasses should reflect their champions’ roles, weaknesses and strategic impact. A unified vocabulary would be nice, too. To this effect, Riot’s giving us a peek into upcoming class adjustments, changes we first saw with the introduction of more specific ‘Marksman’ and ‘Juggernaut’ labels.

First off, here’s a chart of the new classes and subclasses.

Tanks as a whole will focus on negating damage and messing with enemy attacks, and branches off into offensive engage-tanks called Vanguards (Leona, Malphite) and defensive peel-tanks called Wardens (Braum, Shen).

Fighters are non-squishy damage dealers. Low-range or mobility-challenged fighters like Darius and Nasus fit under Juggernauts, while less-durable fighters with great gap closers and initiations, like Vi and Xin Zhao, will move to the Diver class.

Slayers is basically where our assassins ended up, with mobile, extremely high single-target damagers like Fizz and Zed keeping the Assassins name, and less-mobile, more versatile fighters like Yasuo and Fiora now classified as Skirmishers.

Heads up: The video above contains a sneak peek of Vladimir’s new E ability (right around 10 seconds)

Controllers houses many of the typical supports, but isn’t at all restricted to the bottom lane. Enchanters like Janna and Lulu focus on buffing their allies, with weaker defensive and offensive capabilities of their own. Disruptors like Zyra and Anivia, on the other hand, are basically what’s known now as ‘control mages’. They’ve got great crowd control capabilities, and can even output some serious damage. On the downside, Disruptors are fairly squishy and immobile.

Last up, Marksmen covers all AD carries – squishy, high-damage kite machines. Since they all pretty much serve the same purpose for their team, Riot won’t be dividing them into more specific categories for now.

Throughout their Dev Blog, Riot notes that these classes and subclasses are “more of a set of guidelines than rigid rules.” They certainly aren’t lane assignments, and not every champion will fit perfectly into one role. That’s okay, though, because outliers and hybrids make both champions and playstyles unique.

There’s no set due date on adding these classes to the in-game client, but Riot’s aiming to unleash them once these titles are “settled.”

Riot also says that not every may agree with the categorization of some champions, acknowledging that plenty of champs are played in roles outside of their design’s original intent. The system may result in champion adjustments that better align with popular player use, but this isn’t guaranteed.

You can check out the full Dev Blog over here, and let us know what you think of the changes in the comments below.