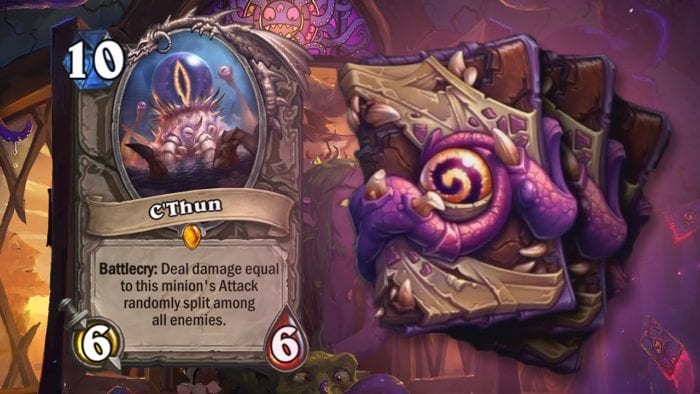 Hearthstone’s new Whispers of the Old Gods expansion drops next week, and players will be able to unlock 13 free card packs during release week just by logging in and winning some games.

Below is how to unlock every free offering, revealed during today’s Whispers of the Old Gods Livestream. Thanks to Reddit user AdamNW for posting them.

Completing the list above will yield you a total of 68 cards, while buying 13 card packs (65 cards) on the Hearthstone store would normally cost around $13.

Let us know if you’re looking forward to the new expansion, and for more, check out some of today’s top stories below.