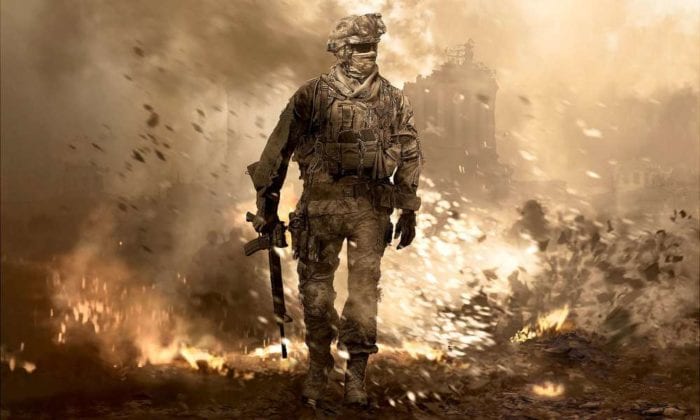 The next Call of Duty game hasn’t been announced yet, but some information about it has slipped through the cracks. Now Treyarch have put an official trailer in Black Ops 3, and it looks like this could be the most futuristic Call of Duty yet.

Black Ops 3 was secretly updated today with teasers for the next game in the series. The Nuk3town map has a new ending animation which shows a new logo and a spaceship in the background. Call of Duty fan website charlieINTEL.com has uploaded a video showing this new animation.

The logo has also shown up on some new t-shirts. Boston Red Sox pitcher David Price and We Came As Romans band members have shown off these shirts in recent Tweets.

We're ready to enlist. Count us in #COD2016 pic.twitter.com/0dVMLb5cxy

The “IW7” on these shirts is a reference to developer Infinity Ward. This upcoming game will be the seventh COD developed by them, and their return to the franchise after Ghosts in 2013.

According to early rumors and some leaked pre-order information, the next Call of Duty game will be titled “Infinite Warfare”. The Infinity Ward-developed game could be set in space, which ties in to the spacecraft shown in this new teaser.

There is also a rumor that the first Modern Warfare title will be remastered as a bonus for the collector’s edition of Infinite Warfare. This came from an image linked to Infinite Warfare pre-orders.

What do you think of these rumors? Are you interested in playing a Call of Duty game set in space? Let us know in the comments.