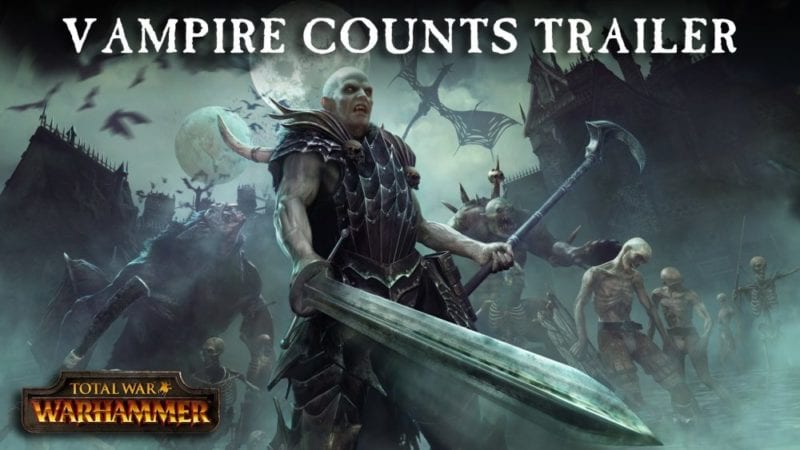 Earlier today SEGA released a new trailer for Total War: WARHAMMER which revealed the Vampire Counts will be the games fourth playable race alongside the Greenskins, Dwarfs and the Empire.

The Vampire Counts will be led by Mannfred von Carstei, who will be waging a bloody war for the Old World with an army of undead, gargoyles, bat-winged characters and more. The trailer’s YouTube description also revealed that Mannfred will also be able to take to the skies on his own Zombie Dragon.