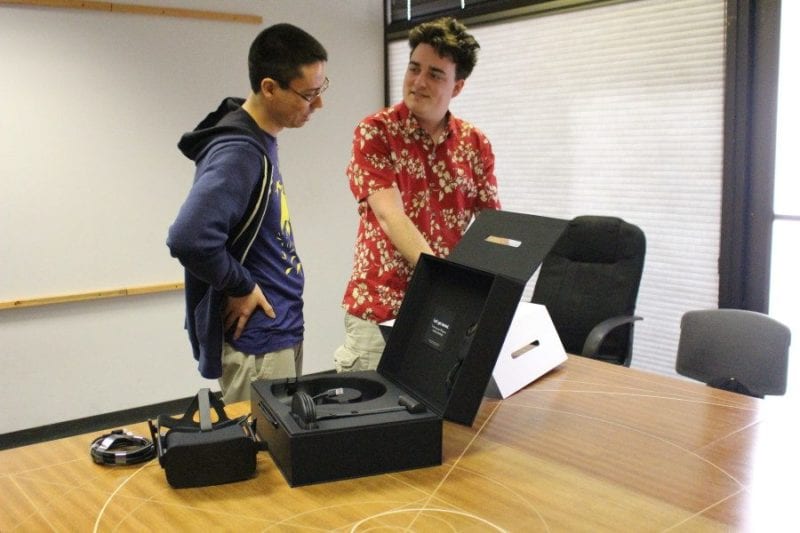 The first person to pre-order the Oculus Rift got a special visit from Oculus founder Palmer Luckey, who today personally delivered the signed kit in Anchorage, Alaska.

Ross Martin, a software developer and long-time Oculus fan, is the very first person to get their hands on a consumer Oculus Rift. The native Alaskan has been following the company since before the first developer kit, and is most excited to check out Eve: Valkyrie. You can check out video footage of Luckey’s visit on his Facebook page here.

The Oculus Rift launches worldwide Monday, March 28, and comes with the headset, sensor, an Oculus Remote, an Xbox One controller, and copies of EVE: Valkyrie and Lucky’s Tale.

Pre-orders for the Rift opened back in January, selling out in minutes despite some outcry over the higher-than-expected price point. Luckey has since defended the $599 price point, calling it necessary in order to create a quality virtual reality experience.

So far, 30 launch games as well as an Oculus Home have been announced, with roughly 100 Oculus Rift games expected to release this year.