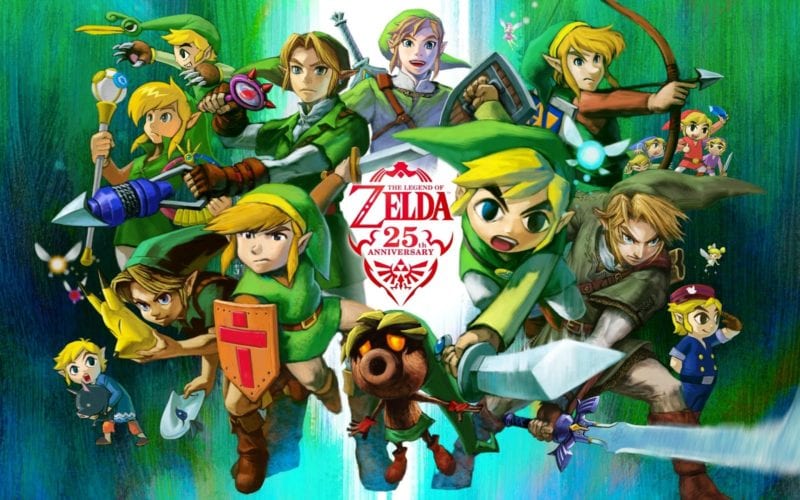 Earlier today, Nintendo Japan sent out a newsletter to customers about the upcoming release of The Legend of Zelda: Twilight Princess HD. Along with revealing that Japanese gamers will be getting 30% off selected titles, it also included the entire series timeline, including where Tri Force Heroes rests in the canon.

The newsletter was translated by NeoGAF user Garou, who also translated the writing under the image which explained the split timelines.

The updated timeline now includes the two most recent games, Tri Force Heroes and A Link Between Worlds. The two games have been placed between Link’s Awakening and the original game in the “Hero loses” timeline.

In other Zelda news, Nintendo recently revealed more information about the upcoming Twilight Princess HD remake. They announced that players will be able to play Hero Mode from the start and that their will be a new item called the Ghost Lanturn that will help Link find Poe Souls.