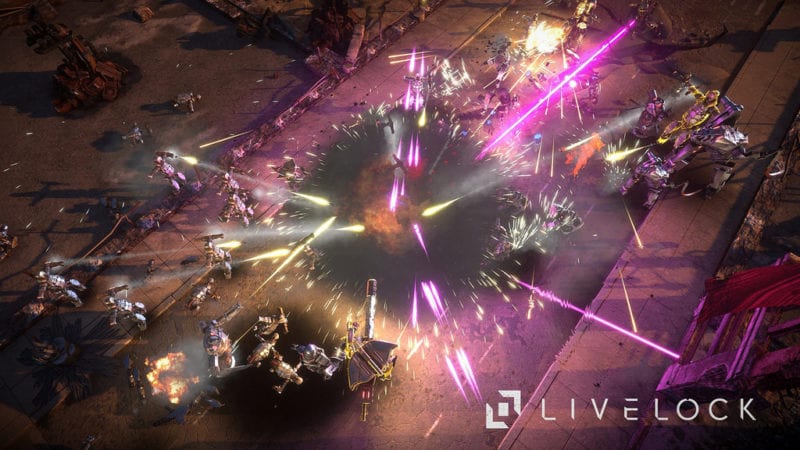 Perfect World Entertainment has finally revealed their top-down shooter Livelock, the game they’ve been teasing for a full week. And sure enough, it’s about robots killing the crap outta each other. Set in the 22nd century after a gamma ray burst wipes out humanity (ow), the world has been taken over by Rogue Clusters. They’re basically robot armies that are at war against each other, so a super AI called SATCOM awakens backups of human consciousness called Capital Intellects. The Intellects have been put into machines created by humans from before the Gamma Burst.

Along with a trailer, which you can see above, the first of three playable characters has been announced for Livelock. Hex was a famous eSports pro who was one of the first to upload his consciousness into a database, and SATCOM chose him to become an Intellect.

Livelock will hit the PS4 later this year. Excited? Let us know in the comments below.