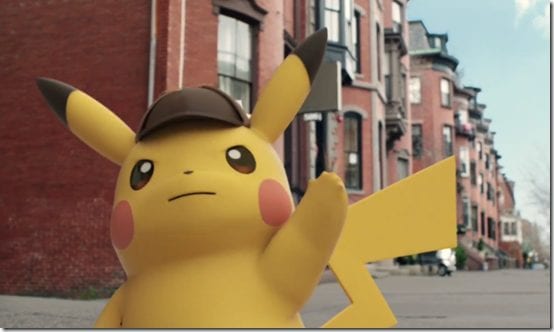 Pikachu must have an extremely impressive resume. The tiny electric Pokemon is a surfer, professional wrestler, and has now taken a job as a detective. Detective Pikachu will be solving crimes in a new 3DS title set to launch in Japan in February.

In the first trailer for Detective Pikachu: Birth of a New Duo, the titular hero actually speaks to his detective partner in Japanese. Little gameplay is shown, but it seems like players will be solving crimes and gathering evidence by speaking with witnesses.

Detective Pikachu: Birth of a New Duo will be available on the Japanese eShop on 3DS starting Feb. 3, 2016. There’s no release date confirmed for a worldwide release yet. However, it may be coming soon as part of this year’s 20th anniversary Pokemon celebration.

What do you think of this trailer? Does the interesting gameplay premise outweigh the weirdness of Pikachu speaking a human language? Let us know in the comments.