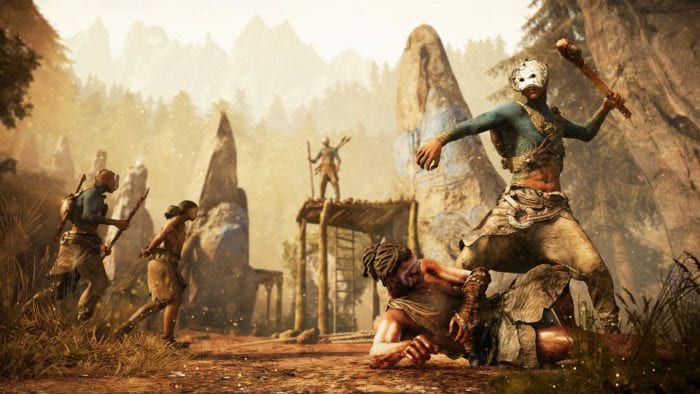 Far Cry Primal was a surprise announcement from Ubisoft when they announced it over a day long reveal last October. The biggest surprise though, may have been that the game was coming out in just a few months in February. All signs show that Primal is still right on track for that date, and a new trailer released today gives us a look at the prehistoric story.

The world of Far Cry Primal is both beautiful and barbaric, as you see sweeping shots of golden meadows as well as incredible violence. Even with this trailer it looks like there’s still a lot to discover about the story of Primal, but so far it does look like the game is taking the tried and true Far Cry formula and adding an interesting layer on top of it. Take a look at the trailer down below.

Far Cry Primal is arriving on PlayStation 4 and Xbox One February 23 and one week later on March 1 for PC. Take a look at another gameplay focused trailer for the game. There’s also a preview that you can check out with some of our impressions of Far Cry Primal. We found out recently that the prehistoric language in Primal, was actually created with historical linguists. Ubisoft also announced one crazy contest for the game,where the winners will spend a night in a cave.

Are you picking up Far Cry Primal, or are there other games in February that are demanding your attention? Join the conversation down in the comments.