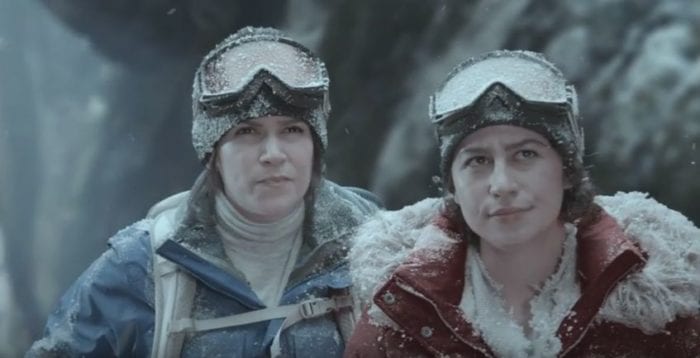 Rise of the Tomb Raider released on the Xbox One last week to rave reviews and the promos just keep coming. In this latest one released in a partnership between Xbox and Comedy Central, Broad City’s Abbi Jacobson and Ilana Glazer take on climbing the mountain and supporting one another. Or do they actually do any of that?

Rise of the Tomb Raider is already out on Xbox One with its PC and PS4 releases coming in 2016.

What do you think of the advertisement? Having fun with Rise of the Tomb Raider? Excited for the next season of Broad City? Let us know in the comments below!