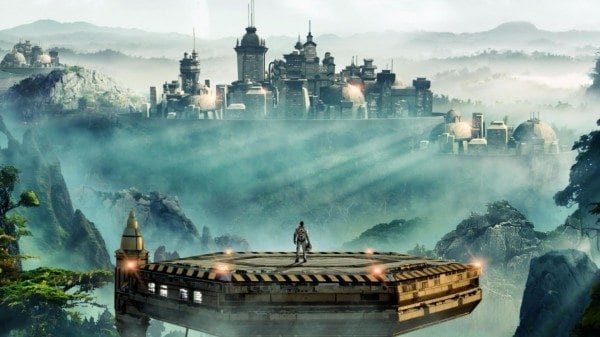 I am not kidding around with this one. In fact if there is one Civilization Beyond Earth tip to take away from this article, it’s this one. they are literally death machines. They’re very likely to kill your colonist when you’re away from your city, but otherwise, they’re not outright hostile like barbarians were in Civilization. Your colonist is gone, get over it, don’t try revenge. Even when you think you’re strong enough to take them on, wait a bit to get stronger.

Have a Plan from the Beginning

Going for the scientific victory achievement? Plan ahead. This goes for any kind of victory you want to achieve in this game. Literally, from the moment you’re setting up your game, know how you’ll win. This is especially true in Beyond Earth as there are stats you can choose before you even settle your first city that will help you achieve victory faster.

Don’t Produce Too Many Workers Early On

Everyone that’s played Civilization knows this, but you’re a beginner. This is atabula rasa guide. Workers are great to help your cities become thriving powerhouses, but if you build too many too soon, you’ll find you have nothing for them to do while they suck up your energy as there’s limited space and research is necessary to make all the tile improvements. My rule of thumb is one worker per two cities. And when you do have one, keep them constantly working. Use them manually as it’ll give you something to do during boring turns and you’ll always know what you’re building.

Figure Out Your Affinity

This may seem obvious, but Civilization: Beyond Earth introduces three affinities you can align with: purity, supremacy, and harmony. The new quests that pop up will sometimes affect this, but your research will affect it even more. Certain sciences will increase different affinities, so it’s important to keep that in mind in case you’re trying to align as a purist but keep mingling with the robot tech, you sentient lover.

Your cities have health (which kind of replaces the happiness meter fromCivilization) which can be increased through research and building production. I almost forgot about it and my city was like, “Hey, uh, yeah, soooo… We’re sort of bleeding from our ears over here…” Build all the clinics and pharmacies so you won’t have to worry about it at all.

The best way to do this is to build the Miasma Repulsor satellite (yes, there are orbital units that last a certain time and give your cities perks) that will clear out large areas for you. Workers are able to, as well, but they take two turns and ain’t nobody got time for that when they need to be building a swanky new terraformed tile improvement for you.

As you’re just starting out, try not to go with the more violent victories of the game and avoid conflict. It’s a lot harder than you think to take over a city (defenses are high). I’m just a peaceful player by nature, preferring to utterly destroy with my intelligence and knowledge of art and shit.

Go Easy if All Else Fails

Look, Civilization is a tough game to master. It’s really intricate (at least it’s not Crusader Kings, though) and you can’t learn everything in just one game. Follow your advisor’s instructions. Or rather, the advisor that will support the victory you want to have. If you’re overwhelmed, just go on easy and listen to the advice the game itself gives, because it’s pretty damn smart and helpful. Tile improvements, productions, and research will all be advised for you if you need it.