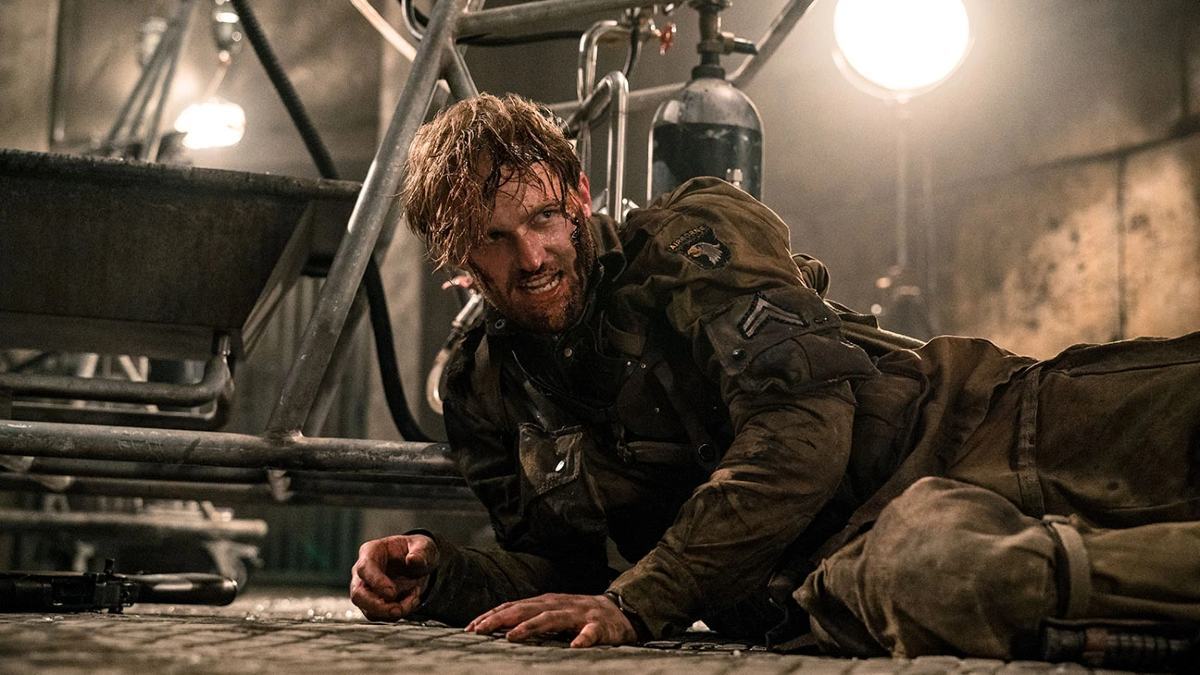 While M3GAN is currently doing the rounds with its unique brand of self-aware shocks, a recent announcement has already paired prolific horror producer James Wan back up with Blumhouse and Atomic Monster.

According to a report from Deadline, the upcoming project, titled Night Swim, stars Wyatt Russell and Kerry Condon. The premise, unassuming as it may sound, is based on a 2014 short film wherein a woman is stalked by a mysterious force while swimming in her backyard pool. Said short film, created by Bryce McGuire and Rob Blackhurst, is available to watch on Vimeo if you’d like to get a taste of what you might expect in the final product.

McGuire returns as writer and director for the feature length retelling, slated for a theatrical release via Universal on January 19, 2024. James Wan and Jason Blum will both serve as producers.

It’s been a busy few years for Wyatt Russell, whose star-making turn as John Walker in 2021 mini-series The Falcon and the Winter Soldier earned him praise for his performance. Across from him, Kerry Condon is perhaps best known for her role as Stacey Ehrmantraut of Better Caul Saul fame, alongside The Banshees of Inisherin, for which she received a Golden Globe Nomination for Best Supporting Actress.

As for how the team will extrapolate a four-minute short film to a feature length production, there is no shortage of recent noteworthy examples, including last year’s Smile, which was able to leverage its modest $17 million budget into box office takings that totalled $216.1 million.