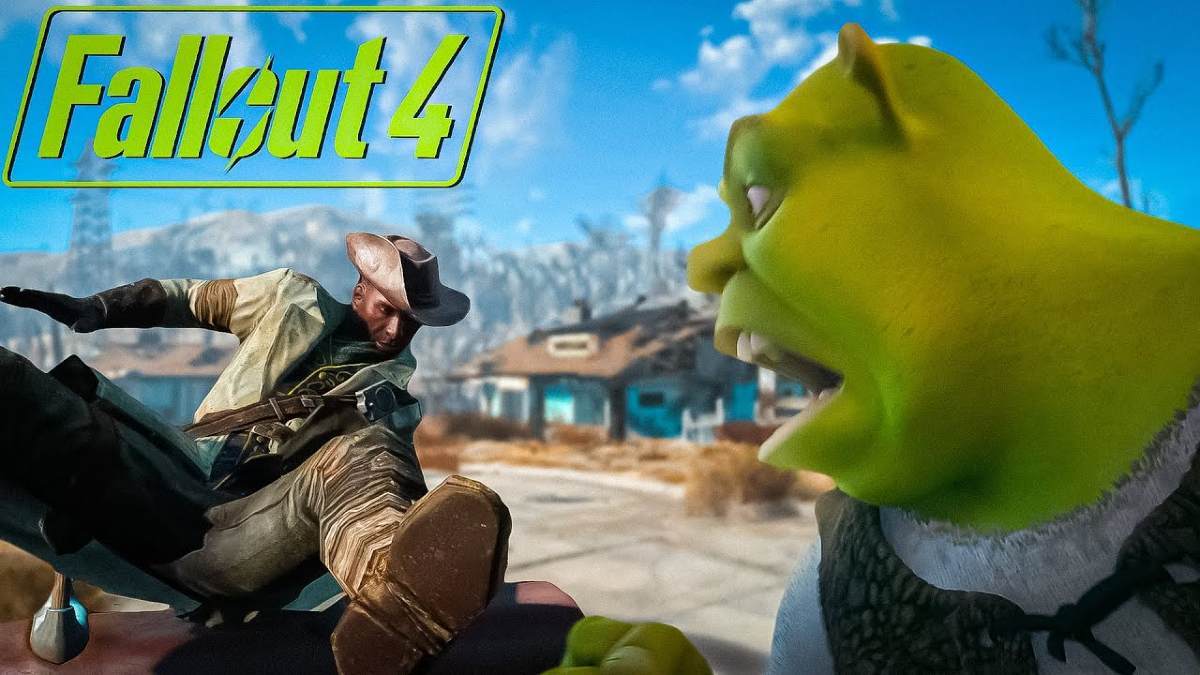 The talent and imagination behind ambitious mashup creators never ceases to amaze. A couple of days ago, it was Wednesday Addams getting her groove on to a soundtrack from an anime classic, and now, it’s Shrek and Fallout 4.

DreamWorks’ iconic green ogre has become a staple of the meme community, and yet, it takes a certain level of creativity to envisage him shuffling and shouting his way through the Commonwealth. That is exactly what YouTuber eli_handle_b․wav has brought us, spawning a video that, much like an ogre, has many layers.

Just like in his own movie franchise, Shrek cannot help but find himself at the beck and call of quest givers, constantly hounded with additional missions and resigned to accept them begrudgingly. The dynamic of his curmudgeonly jabs set against the deadpan NPCs of the Fallout universe is truly exceptional, and Preston Garvey makes for the perfect foil.

Fans of this particular YouTuber know all too well how naturally unexpected characters end up fitting in video game universes, with other recent examples including Kermit the Frog in Half-Life 2 and The Mask in The Witcher 3. This isn’t the first Bostonian rodeo either, with other guest stars including Garfield, American Psycho’s Patrick Bateman, and yes, even Joe Biden.

Not only is the quality top-notch, but the frequency of these videos is quite astounding, with some of them being released within only a few weeks of one another. For anyone who has ever experienced the headaches of color matching and perspective shifting, you can really see the amount of effort that has gone into every single frame of video splicing.

To be honest, we’re not quite sure what kind of mindset it takes to envisage movie characters as suitable protagonists for video games, but the brain stirs with the endless possibilities. As a wise man once said, whatever causes their fates to intertwine would never let them unravel.