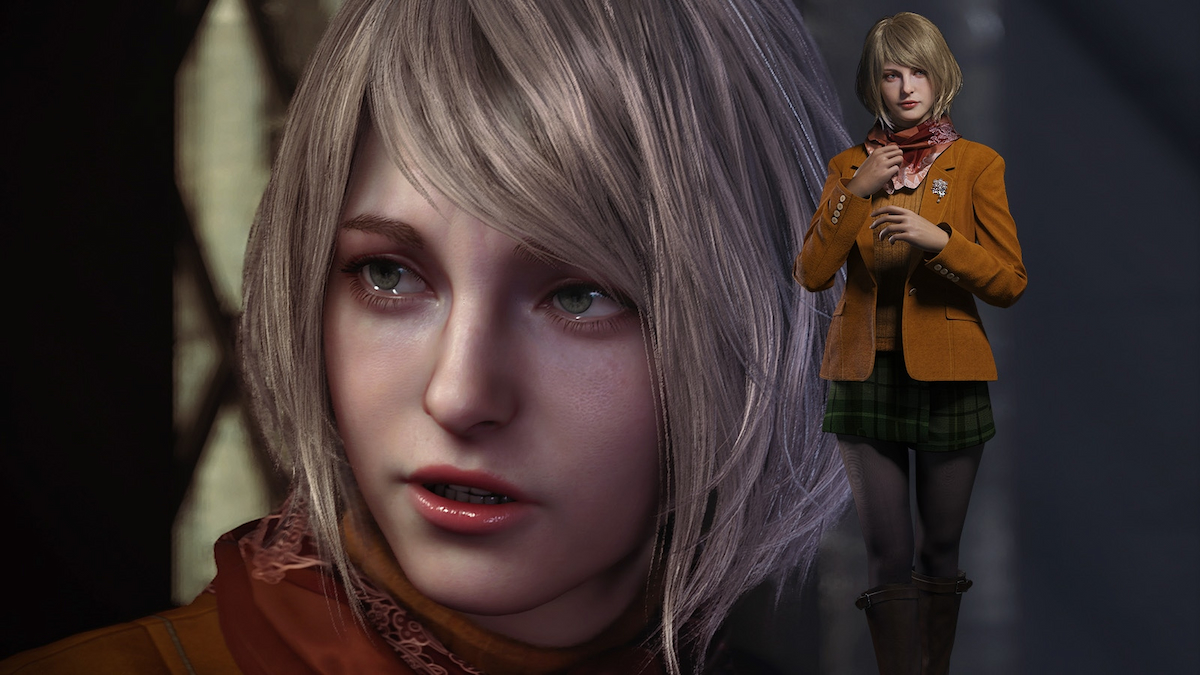 Anyone who played the original Resident Evil 4 is most certainly familiar with the mechanics surrounding Ashley Graham. While the remake is right around the corner, Capcom still hasn’t revealed how her sections might go, which means there is room for some hope that we’re not getting that same experience.

Newcomers to the remake will (potentially) never understand the hardship of trying to keep a helpless blonde out of the clutches of the enemy while being swarmed. But even as a big fan of the original, I don’t want that back. I’d love a new experience that fixes some of the previous frustrating features.

To that end, I just want Ashley to be able to wield some kind of weaponry. It doesn’t have to be guns or anything completely destructive on its own, just something to assist Leon during the longer fights. From what we have seen of the remake, these fights are guaranteed, seeing as the last showcase of the game revealed that Capcom has fully recreated the initial Chainsaw Ganado section.

The downside to how cool that reveal was is that it might also mean the return of the original’s later section of the game, where Leon has to snipe at cultists while Ashley stands there helplessly in the distance. If you’ve never played Resident Evil 4, that bit is just as not fun as it sounds. It would be vastly improved if it is just updated so that she can fend them off even a little while Leon snipes.

Even for story reasons, it doesn’t make sense why a complete badass like Leon Kennedy wouldn’t try to teach Ashley at least the basics of defending herself. It’s not like they suffer from a lack of likely weapons, either; most of the Ganado enemies carry farm tools that could be perfect melee options. If it’s a matter of keeping Ashley grounded, the weapons can just break after a certain amount of hits like Dead Rising.

It’s not like this would be a foreign concept to Resident Evil. In Revelations 2, Claire’s companion Moira Burton doesn’t fight with guns but instead wields a crowbar. She’s not a fighter on the same level as Claire, but she also isn’t helpless (or useless, in Ashley’s case). On the alternative side of that story, Barry Burton teams up with Natalia Korda, who is a little girl. However, this little girl can wield bricks and smash zombies with them in a pinch. These bricks have limited durability, so you get about one hit before they break, making them a quick escape weapon.

This isn’t even a crazy suggestion for the whole partner character aspect. Ever since Resident Evil 4, every game that gives a partner features either a badass on your same level or someone at least able to defend themselves to some degree. There’s no reason to go backward. It was a jarring difference going into Resident Evil 5 and finding out the partner character, Sheva Alomar, was about as deadly as Chris Redfield.

With time still to go until the Resident Evil 4 remake hits shelves, there is plenty of time left to show off how things are different this time around while still maintaining what made the original so great. To that end, Capcom, please don’t give us the same damsel in distress moments with Ashley Graham.

Or, if you insist on keeping her mechanics unchanged, don’t you dare remove her suplex glitch. If nothing else, give the poor girl the chance to fling Ganados on their head like a petite Brock Lesnar in glorious 4K.