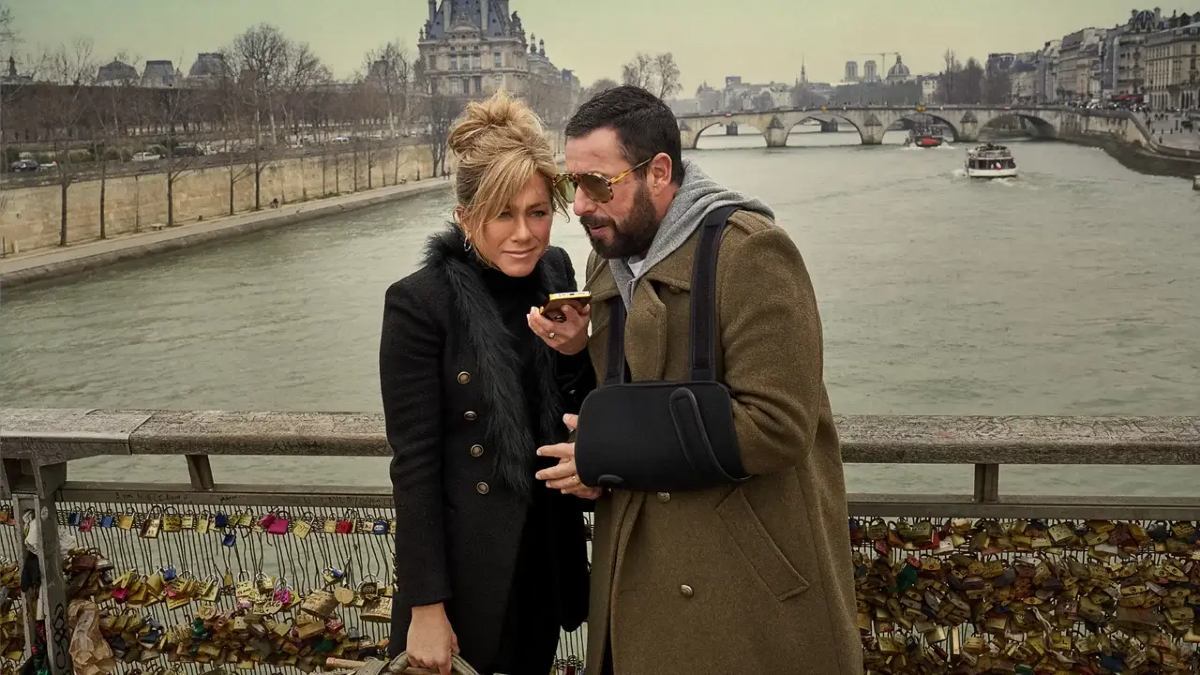 Thanks to Netflix, a notable romantic comedy duo is returning for another original film from the subscription streaming service. Adam Sandler and Jennifer Aniston first starred together in Just Go With it in 2011 and then once again teamed up for Netflix’s Murder Mystery in 2019. It has been announced that the latter will get a sequel, simply titled Murder Mystery 2, set for sometime this March.

While the timing for a new mystery film is rather convenient, considering that Glass Onion: A Knives Out Mystery continues to be a smashing success. However, the first Murder Mystery was still a huge hit in its own right, as the film managed to rack up 83 million views when it premiered. With that in mind, it makes perfect sense that Netflix is making a sequel happen.

As for the cast, Netflix fansite What’s on Netflix reports that only Adam Sandler and Jennifer Anniston return to the sequel and reprise their roles of Nick and Audrey Spitz. However, they will be joined by Mark Strong (Kingsman: The Secret Service) and Adeel Akhtar (Enola Holmes).

The plot is rather vague at this point, and we only know that it will involve Nick and Audrey getting caught up in the kidnapping of the groom from the wedding they are attending. Murder Mystery 2 continues a long chain of Netflix original films that Adam Sandler has starred in, the first being The Ridiculous 6 from 2016.

The best Sandler film in terms of critical attention, Uncut Gems, is technically a Netflix original as it was available exclusively on the platform outside of the United States. If you can’t wait for the newest Adam Sandler film in a couple of months, there is plenty available in the Netflix library to hold you over.