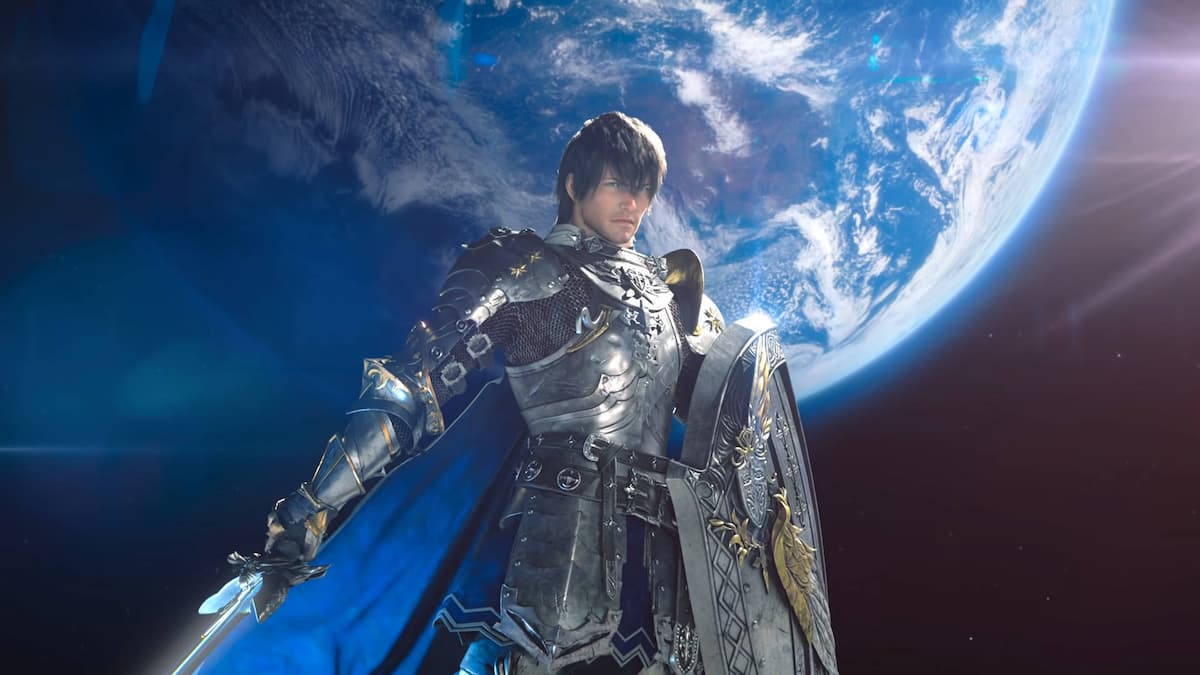 Just finished Forspoken? You’ve come to the right place. Square Enix has long been regarded as one of the best developing studios to look to when it comes to JRPGs, and that still holds true even today. They’re known for some of the biggest JRPG franchises in the world, and if you’re looking for a quick list of some of the best Square Enix games you can play right now, we’ve got you covered.

Getting the most obvious entry out of the way first, Final Fantasy VII is all the rage right now. The FFVII Remake got released back in 2020, and it was almost pretty much everything we could’ve asked for from a recreation of a beloved classic.

That said, if you haven’t played the Remake yet and you want to see the original game in all its 1997 glory, the OG FFVII is available on pretty much every platform at this point. You can play it on PC, mobile, PS4, Xbox One, and Switch.

Graphically, FFVII looks a little silly by today’s standards, but the turn-based gameplay is still incredibly fun, and everything else – the music, the story, the characters – still hold up and it’s easy to see why this game is so beloved by fans of the series. The remake has also been re-released for PS5, along with the Episode Intermission DLC featuring Yuffie, so there’s no better time to play it.

On the MMO side of things, Final Fantasy XIV has never been in better shape than it is right now. Ever since Square Enix rebooted the entire game with A Realm Reborn, things have only gone up for the MMO.

With four expansions under its belt and Shadowbringers, being regarded as one of the best stories ever told in the Final Fantasy series, FFXIV is definitely one of the best Square Enix games you should consider taking a look at if you want to experience good storytelling. The follow-up expansion, Endwalker, also wraps up the Garlean saga nicely, and paves the way for even more narrative content to come.

The best part is that the free trial has no time limit and it now covers all story content up to the Heavensward expansion. There are some limitations in place of course, but you can get easily 100 hours of content out of the free trial before even paying a cent. That’s a really good deal.

One day, Square Enix will give this game the proper remake treatment it deserves, or even release a new modern sequel that continues this style of gameplay. But until then, players can still enjoy Final Fantasy Tactics on mobile or the PS Vita, if you’ve still got one lying around.

Tactics is set in the compelling region of Ivalice, and it tells a fascinating story of political intrigue and betrayal and backstabbing. It’s quite unlike any other Final Fantasy story you’ve seen before, and it’s considerably darker than the stuff you’d see in the mainline series.

With Ivalice and the Tactics story being brought back to relevance via FFXIV’s Alliance raids and the recent re-release of FFXII: The Zodiac Age, now’s a good time to revisit this lost classic.

Square Enix found critical and commercial success with 2017’s NieR: Automata, so much so that the studio quickly greenlit a remaster of the original game for PS3 and Xbox 360, with some bells and whistles attached to it.

This isn’t your typical sad android sci-fi story; it’s an innovative blending of genres, coupled with witty writing, insanely good music, and a fascinating story structure that just keeps you glued to your screen from start to finish.

Every character introduced in this game feels complex, and even after you’ve spent hours with them, it’s hard to shake the feeling that they’re still hiding something from you, that there’s still more to discover. NieR: Automata is structured like an onion – the more you play, the more layers of complexity you’ll get to peel back, only to see how much more you have left to discover.

If you can’t get enough of Yoko Taro’s madness, NieR Replicant also got remade and re-released for current consoles. The game feels a lot less clunky than its PS3 and Xbox 360 counterparts, and the combat has also been reworked to make it play a lot more fluidly, similar to what we got in Automata.

The story is much more focused on its core cast of characters, and while the tone here is definitely different than in Automata, it’s still worth checking out if you’re in the mood for a good cry.

Dragon Quest XI is the most accessible game in the series right now, and also one of the best. It tells a simple story structured around the classic hero’s journey, but everything about this game just feels comforting.

The towns are beautifully vibrant and unique, the NPCs all have something quirky to say, and your party members are simple, but delightful. The turn-based combat is as classic as it gets, with fun upgrade trees and weapon systems that feel satisfying to get through.

We’d highly recommend getting the Switch version at the time of writing, as the Definitive Edition comes with the orchestral soundtrack, along with tons of post-game content to sink into.

Now that the Xehanort saga is finally over, there truly is no better time to get into the unwieldy Kingdom Hearts series than right now. Square Enix has released all of the games on all platforms. While you used to need to own a bunch of different consoles to get the full story (PS Vita! 3DS!), you can now play everything in a neat little package on your console of choice.

As always, we’d recommend starting with the original Kingdom Hearts before working your way through the rest of the more complex entries. The original game features a self-contained story with a neat conclusion that ties almost everything together in a satisfactory manner.

And if you liked what you saw in Kingdom Hearts, and want to see more of what this wacky Final Fantasy Disney crossover universe has to offer, you’ll likely enjoy the rest of the series as well. Just don’t think too hard about some of the more granular plot points.

Bravely Default features a cute graphical style and a story that calls back to old-school Final Fantasy games. With a party of four characters, you go on a journey to collect crystals to save the world. Sounds cliched, yes, but rest assured that not everything is as it seems.

The combat system also feels innovative, forcing players to choose between Brave or Default, where you can either attack multiple times in a row before being forced to wait a bit before taking another action, or play it safe and defend if you don’t think you can handle an enemy onslaught.

There’s a lot of strategy and smart decision-making involved in this game, and it’s a must-play for JRPG fans.

And of course, if you’re looking for something a bit more modern, Bravely Default II is now available on the Switch as well. It plays almost exactly the same as the first game, but with prettier graphics and a few refinements to the combat system. It also features a new cast of characters, so you don’t have to play the first game to enjoy this one.

Handled by the same team that worked on Bravely Default, Octopath Traveler was one of our favorite JRPGs from 2018, and it’s still one of the best games you can get on the Nintendo Switch right now.

Featuring eight different characters with their own unique stories and journeys, Octopath Traveler feels like a homage to the JRPGs of yesteryear, except that it looks absolutely incredible and way prettier than anything the SNES could’ve handled. The sprites are detailed and beautiful, and so too are the environments which are complete with gorgeous water and lighting effects to give it just a hint of modernity.

The music is astounding, and the gameplay keeps you hooked with its dual class systems that allow each character to access the abilities of two separate jobs. This gives players a lot of freedom in team-building and making your party feel truly unique to your own experience.

Finally, we’d be remiss not to mention one of Square Enix’s best games, and arguably one of the best JRPGs ever made. Chrono Trigger is a beloved classic, on par with even Final Fantasy VII and it’s a crime that we still haven’t seen a remake of this one yet.

Chrono Trigger is available on Steam, and it still holds up extremely well. The real-time battle system throws you straight into fights seamlessly with no loading screens at all, and its link attacks between characters were considered to be pretty innovative at the time.

Most importantly, though, Chrono Trigger’s beautiful 2D pixel art style still looks absolutely beautiful, and the game’s sense of magic and wonder is heightened by how lovable and well-written its characters are.

Square Enix has been making a push with its HD-2D game releases, and if you’re into tactical RPGs, Triangle Strategy is definitely one to check out. The game features plenty of political and social drama as three kingdoms battle it out for supremacy, and the choices you make actually do impact how the story plays out.

Most chapters will require you to talk to and convince your party members to see your way, and failure to collect all the necessary information may set you down a path that’s less than ideal.

Past that, the tactical RPG combat is immensely satisfying. With so many units and different classes to play around with, there’s a lot of joy to be had in putting together a team, strengthening them slowly, and letting them loose on the world.

That does it for our picks for the best Square Enix games to play now. Be sure to search for Twinfinite for more news and information on Square Enix-related content.