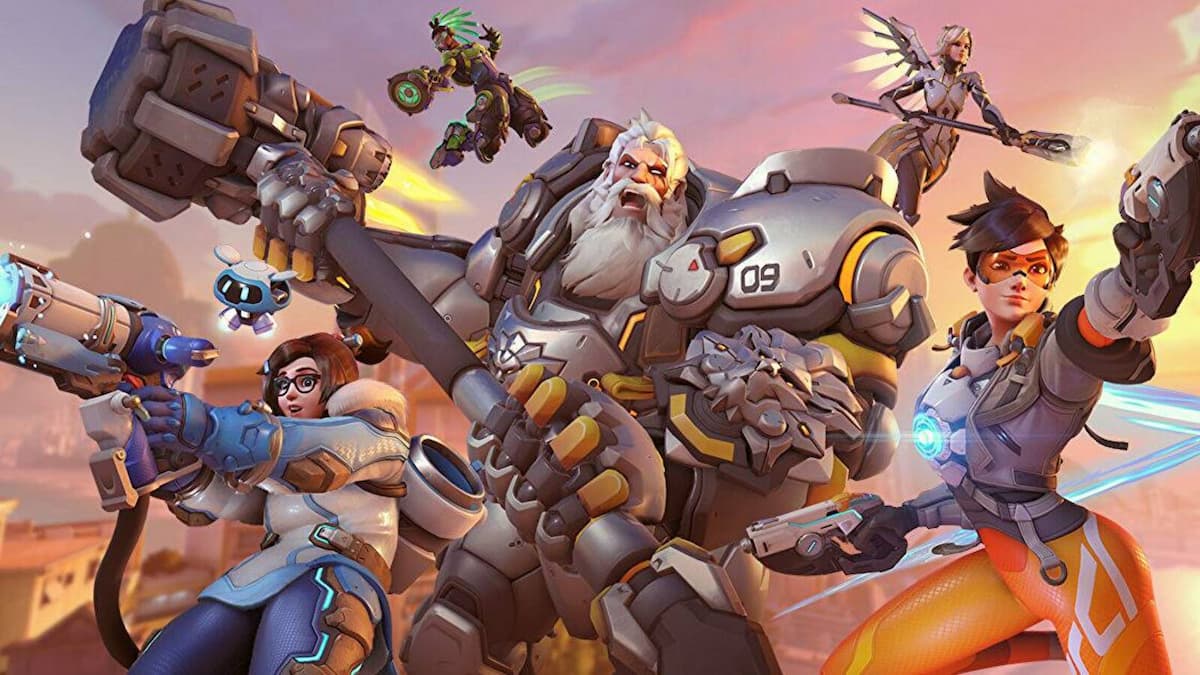 Overwatch 2 has plenty of different game modes to suit every kind of player, from Quick Play and Competitive, to the Arcade game modes such as Capture the Flag, Free For All, Mystery Heroes, and Total Mayhem – heck, Blizzard even has an upcoming PVE game mode in the works. However, many players often underestimate the power of Custom Games in Overwatch 2. We’ve got all of the information on the best codes to use and believe me, you’ll be shocked at the chaotic fun these five-letter codes produce. Without further ado, here’s the 10 best custom game codes in Overwatch 2.

Sick of the boring old Practice Range? Don’t worry, most players feel the same. Thankfully, this Aim Training custom game code is infinitely better than this, offering moving targets in the form of other heroes. This is great way to warm up prior to jumping into some games, especially as it uses heroes instead of training bots, which will help you get used to everyone’s hitboxes.

There’s also bonus options you can toggle to give yourself the assistance of Nano Boost, Mercy’s Damage Boost, and Lucio’s passive Speed Boost, to help you get used to used to working alongside these abilities. You’re also completely able to customize the difficulty and movement of the bots to your liking, making this the perfect aim trainer to help you get better with any hero.

Free For All Deathmatch With AI (Code: RGPJB)

This code enables you to run a Free For All styled Deathmatch without the need of having to invite friends or include random players in the lobby. Instead, the code assigns AI players for you to battle it out against, making this game a creat choice to help warm up before the likes of Competitive play, or to kill some time and practice your skills while you’re stuck in a boringly long queue.

The AI player hereos consist of Soldier: 76, Tracer, and Doomfist, giving plenty of variety in opponents as far as playstyles and abilities go. This is also a great option to consider as solo training if you’re considering taking on competitive Free For All Deathmatch games, as you truly have nobody else to rely on but yourself in this style of play.

Genji is a fun DPS character that plenty of people love to use. Unfortunately, for a lot of Genji players comes the pressure of using his Ultimate, Dragon Blade to Genji’s full potential by getting the timings of dashes, primary fire, and target selection down. Dragon Blade is a tricky Ultimate to get the hang of, but once you’re confident in your skills, it can be an absolutely devastating Ult that can single-handedly win some of the biggest team fights, especially with the assistance of a Nano Boost from Ana.

This training code creates a custom practice range for Genji using a Nano Blade, thanks to the the bonus of Nano Boost. Unlike other, more simple Genji Blade trainers, this one teaches the timings of each button press to help players pull off flawless kills with dash-and-slash combos. This mode also allows players to practice using their Dragon Blade against enemies being healed, which is a tricky situation that often occurs during real matches.

Need to get your aim on point before diving into competitive DPS matches? Well, Widow Headshot Only is the perfect custom game to get you in the groove. By using this custom game to warm up with friends or random players, you’ll ensure you’re ready to start hitting those headshots in your games too.

And the best part about this code, in particular, is that the game is never ending, meaning once the custom game is initiated, players can come and go as they wish, and the ownership of the game will be passed to the next person. For this reason, it’s the perfect headshot game to run while you’re in queue waiting for your next game.

Kill to Grow is an amusing Overwatch mini-game code that replicates an agar.io-styled game. By killing enemy players, your character will grow in size. Ever wanted to crush people as an oversized Hammond or Winston? Or perhaps perform the boop of a lifetime as a giant Lucio? Well, this code gives you the chance to do just that.

This game is best played with a group of friends, or opened up into a public lobby for random players to join, as the more players are in the match, the more chaos there is to try and navigate, providing some hilarious moments. If you’re sick of the pressure of Comeptitive, or getting bored of Quick Play, and just want a fun, silly little Overwatch game to enjoy for a while, Kill to Grow is a great option to consider.

In the classic Mercy Boxing custom games, you’ll find yourself playing as – you guessed it – Mercy. All of your abilities are removed apart from melee, and in some cases, Valkyrie, and you’re set to try and melee / ‘box’ the other players to death, as one hit is an instant-kill. However, in this version of the Mercy Boxing custom game, there are a variety of different modes and challenges that rotate with each round.

Grab some friends or some random players and jump into one of the teams to experience a number of fun game Mercy Boxing game modes in this Party game variant. It has everything from the floor is lava and zero-gravity to ‘drunk’, inverted controls mode. If you were a fan of the original Mercy Boxing games you’ll find even more fun in this variant of the minigame.

Rush Hour is a unique, PVE custom game mode where you and your team will have to fight off four defenders of Time Town whilst in search of an artifact of chaos. This is a really unique custom game mode, and considering many players are eagerly awaiting the PVE side of Overwatch 2 to be released, this may be the perfect little time killer.

This custom game mode is divided into four stages, and included 15 cutscenes. If you enjoyed the likes of Overwatch 2’s 2022 Junkenstein PVE mode, then this fan-made mission could be just the thing you need to keep your spirits up between heated matches of Comp. It is currently in Beta, so there may be bugs here and there, but this shows just how much Overwatch custom games are really capable of, and it’s a seriously impressive and entertaining mode, considering it was just made by one person.

Gun Game is a fun, crazy and chaotic custom game mode to play when you need a break from Overwatch toxicity or sweaty Sojourn mains. The game gives you a random hero to begin with, and a point for each kill you earn. Each time you score a kill, you’ll move on to the next randomly generated character, and you must try to cycle through them all and earn a kill with each Hero in the game to win.

What makes this game absurdly silly and fun though, is that players tend to spam their ultimates in order to secure that next kill. Trust me, you’ll get some hilarious ultimates out of gun game, such as potentially the biggest High Noon Kill of your life, a ridiculous Reinhardt charge that knocks several players off, or a pattern of sneaky boops thanks to Lucio’s ability to wall ride on the edges of the map. If you’re looking for a crazy hero roulette minigame, give Gun Game a try.

Having just one Reinhardt charge at you is a scary sight to see, right? Well imagine if there was 50 of them chasing you down. That’s exactly what you’ll experience in Rein Invasion Remastered. This custom game mode lets you enter the challenge solo, or invite as many friends or random players to join in as you’d like.

You’ll have to work together (or solo) and use your abilities to take down wave after wave of Reinhardts – just be careful not to let yourself walk into melee range! Each time you die in this game, you’ll respawn as a random hero, so be prepared for anything.

1v1 arena is a great minigame to test the 1v1 skills between yourself and all of your friends, or in worst case scenario, a hard-mode AI bot. In this 1v1 arena, you’ll be generated a random hero to begin with, and forced into head-on battles against your fellow friends in restricted zones. Each win in the main zone scores you three points, while wins in the outdoor areas will win you a single point.

In this match, the first person to reach a score of 50 is declared the winner, so be sure to use your abilities wisely and make sure you secure those kills when you have a hero you’re particularly good with. Each time you die, you will move on to another randomly assigned character. You can also build your ult up no matter if you win or die, and strategically store it up to use when you’re gifted with a hero that can do devastating work with that sweet little Q button.

That’s it for the 10 best custom game codes in Overwatch 2. For more helpful lists, gameplay guides, and news, check out the rest of our content here at Twinfinite. We have plenty more Overwatch topics to help you take jump into the role of a hero, such as all new skins in Overwatch 2 Season 2, how to get Moira’s Masked Dancer skin and Roaring Lion Victory Pose, and all you need to know about the Roadhog leaks.