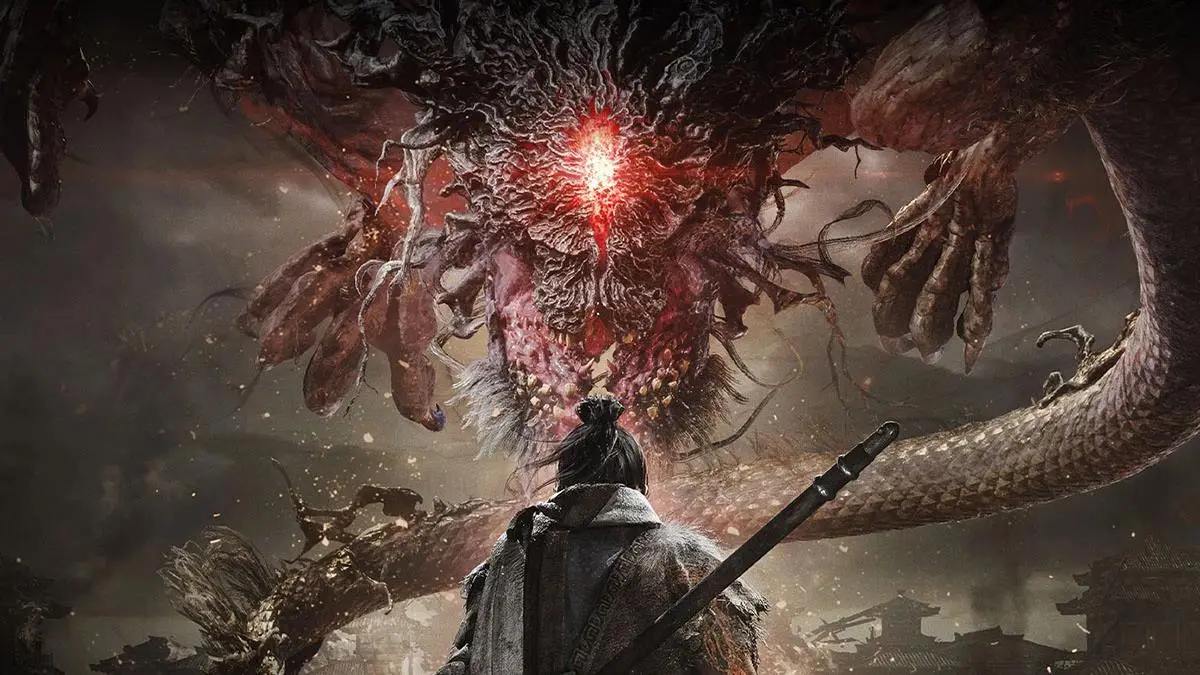 Following two action JRPG games set in the Japanese Sengoku period with the Nioh series, Team Ninja is moving to China’s Three Kingdoms setting with Wo Long: Fallen Dynasty. While Koei Tecmo is a veteran in portraying the Three Kingdom era, it’s the first time for Team Ninja, and the developer appears to have created its own unique take on it.

To learn more about this exciting and challenging game, Twinfinite sat down with producers Fumihiko Yasuda and Masaaki Yamagiwa for an extensive chat about what we can expect.

Giuseppe Nelva: Why did you move away from Nioh’s Japanese setting to the Chinese setting of the Three Kingdoms?

Fumihiko Yasuda: We have a lot of experience making action RPGs at this point, specifically with the Nioh series. We thought about how we could utilize all of this experience in something new. That’s how we arrived at the idea of making a Three Kingdoms game.

Koei Tecmo as a company has made so many different Three Kingdoms-inspired games, and we feel like we’re very good at it at this point, but this is still a new challenge for Team Ninja, as we never made our own game in this setting. That’s why we wanted to make one with our own style.

It is indeed a big change from Nioh, which focuses on the era of the samurai, but we wanted to make something different which led to the Chinese setting.

Giuseppe Nelva: One of the most discussed aspects of this kind of game is the difficulty. Having played the demo, I find it personally harder than Nioh. Is this a correct assessment? How would you compare it to Nioh in terms of challenge?

Fumihiko Yasuda: We’re not trying to make a harder game specifically, but this is just a more action-focused and action-packed game. We have things like the morale system and many more elements and new features. There are more things you can do, and the scale is a lot larger than Nioh in general, so you can’t really play it the same way as you would Nioh.

Potentially, that could be one of the reasons why it can initially feel harder. Players are coming from Nioh and playing it like it was Nioh. Instead, it’s important to play it as Wo Long. It’s very important to learn what kind of game this is and the mechanics. I’d like players to understand that we’re not intentionally trying to make it harder. That’s one of the reasons why we released the demo [in September], so we can receive feedback and find out what the balance is like.

Giuseppe Nelva: Many often argue about the possibility to offer different levels of challenge in this kind of game. Is it something you’re considering for Wo Long?

Masaaki Yamagiwa: There is no plan to add difficulty settings to the game. There is going to be one difficulty level for everyone. The reason for this is that we want to give players agency and freedom to overcome the same obstacles as everyone else in different ways. Instead of making these obstacles easier, we want to give players many options and tools to overcome them.

The feeling of success when you overcome an obstacle is so integral to this kind of game that we want to make sure that everyone can experience it and share that feeling with everyone else that has overcome exactly the same challenges.

Giuseppe Nelva: Yamagiwa-san, you have worked for a while with FromSoftware on this kind of game [Editor’s Note: Masaaki Yamagiwa worked on Bloodborne as a producer during his tenure at PlayStation], and now you have moved to Team Ninja. Is there any difference in the approach to development between the two studios that you may have found?

Masaaki Yamagiwa: There is a bit of a basic difference as I worked as a producer at Sony Interactive Entertainment, but through my work on Bloodborne, I’ve learned many different ways to approach difficult gameplay and how to work with players to provide them with what they are looking for. That’s really important, and I took all that experience to Team Ninja.

The big difference now is that I’m working directly within the development studio [as opposed to an external producer from the publisher], and I’m much closer to everybody. I can communicate with the team directly, which makes the workflow better for me, being able to change things on the fly and being right there in the thick of things. That means that for me, it’s a different experience.

Giuseppe Nelva: I noticed that you have a character build based on stealth. Is there going to be a viable stealthy approach in this game that you can actually use to fight bosses instead of going toe-to-toe with them with an action-based approach?

Fumihiko Yasuda: There will be many variations of builds in the final version of the game. There will be stealth builds, but since we’re focusing on Chinese martial arts, ultimately, you’ll need to use action when you get down to it. That said, there will be different ways to approach things, like jumping off from high cliffs and assassinating enemies from above or picking off enemies from groups and eliminating them separately to make things easier on yourself when you finally engage the rest.

So there are many different strategies available, and that’s the goal here, to give players so many different strategies to overcome each stage and mission. Yet, as I said, ultimately, you’ll have to engage in action combat, but for players who aren’t super-adept at action games, you’ll have all these different strategies that you can implement while the morale system gives you even more flexibility as you increase your morale rank. You can also choose what path you want to take through each stage. Players don’t always need to go through the same path, and hopefully, this will help players that aren’t necessarily super-skilled at action games to find the best way that works for them.

Giuseppe Nelva: Multiplayer is usually a good way to deal with difficulty in this kind of game, letting other players help you. Can you talk a bit about this?

Masaaki Yamagiwa: You will be able to play online with other players. You can bring in two other players for a total of three in your group and take on bosses, enemies, or even the whole game like that. There are also NPC characters throughout the game that can help you out, like famous individuals and military commanders from Chinese history.

While we’re on the subject of online play, there is also a PvP element, so players can enjoy online gameplay in different ways.

Giuseppe Nelva: Koei Tecmo has a very established version of the Three Kingdoms setting with the Dynasty Warriors series. Is there anything you’ve taken from that, or perhaps you created a completely different setting, and there is no connection between Wo Long and Dynasty Warriors?

Fumihiko Yasuda: There are generally going to be points that are going to be similar since we’re based on the same source material. For instance, the general impression you’ll get from some military commanders and their overall vibe and looks may be similar.

That being said, we wanted to take on the aspect of the Three Kingdoms as a war-torn, turbulent time in China and make the darkest Three Kingdoms game ever made. That’s a very big goal for us and a very big change to how the setting looked and was presented in previous Koei Tecmo games.

One of the best things about the Three Kingdoms is the interaction between military commanders, their adventures, and their stories. It’s really important for us to see it through the lens of our dark and gritty setting, enhancing the drama. It’ll be really interesting for players to see that.

Giuseppe Nelva: I know you’re probably tired to hear this question, but let’s quickly talk about Ninja Gaiden. At times it feels like you guys have been dancing around the series. Sure, we got the remasters, but is there any reason why it is so difficult to fully return to the Ninja Gaiden series? Of course, I have to ask, can we hold hope for a real comeback?

Fumihiko Yasuda: This is a time in which Team Ninja is taking many different challenges, so we understand players may be asking when the next Ninja Gaiden will come. I know and understand that.

I understand, and I’m listening to the fans. Eventually, at some point, I want to make it myself. It’s definitely something I want to bring to reality. I hope fans will wait a bit longer, and hopefully, we’ll have good news. We have nothing to announce at this point, but we’d definitely like to make one at some point.

Fumihiko Yasuda: At Koei Tecmo Games, we made many Three Kingdom games in general. This is the first time Team Ninja tackles this setting, and we want to take the demo as an opportunity to make the best game we can, tuning it up thanks to the feedback from the fans so that even players who haven’t ever played a Team Ninja game before can really enjoy it.

Also, thanks to the day one release on Xbox Game Pass, we want to bring Wo Long to as many people as possible as a game that everyone can enjoy. Please look forward to the release next year.