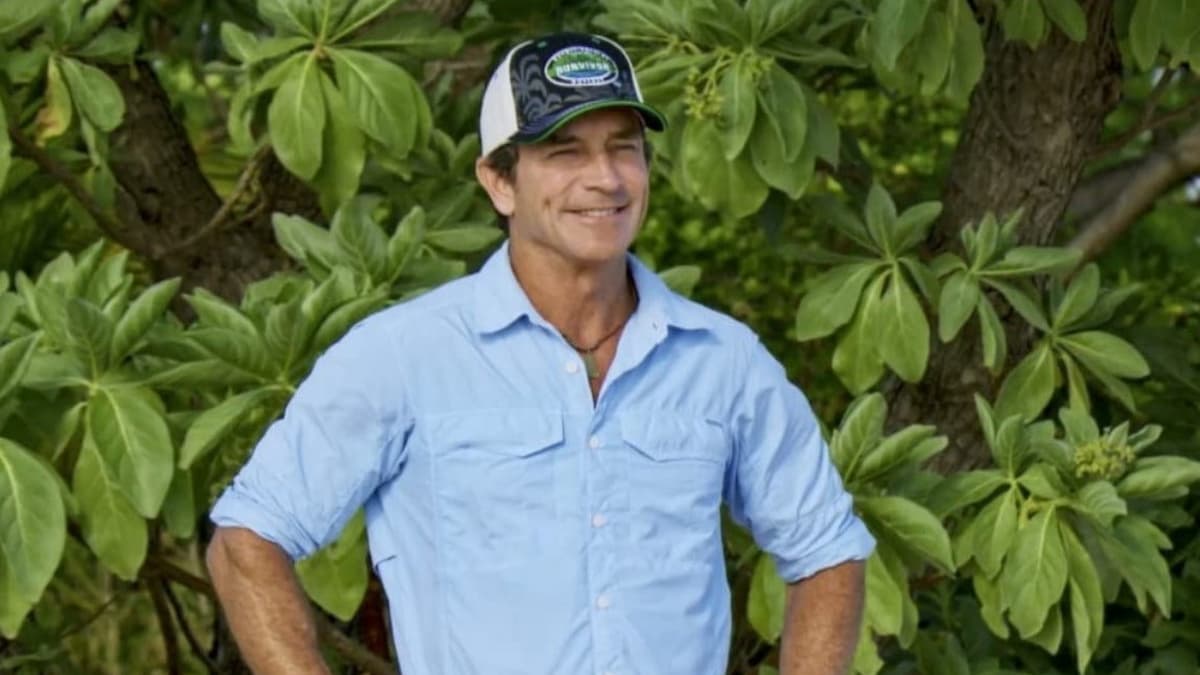 Survivor is one of the longest-running reality TV shows, with a total of 43 seasons and a 44th season on the way. So, if you’re sad that Survivor 43 is coming to a close and don’t want to wait until season 44 in the spring, Twinfinite has got you covered with some fantastic seasons to check out in the meantime, as this is a ranking of Survivor’s top 10 seasons. Plus, if you’re worried about spoilers, don’t be, as this is a spoiler-free list.

Survivor: Millennials vs. Gen X has a lot of good going for it: an amazing cast, a heartfelt and satisfying winner, absolutely bonkers moments, and surprise vote-outs. However, a moment that really makes this season stand out has to do with a scene where one contestant comes out to another. It’s a moment that is not only joyous but actually one that plays significantly into the season’s theme.

Really the only thing that restricts Millennials vs. Gen X from being any higher has to do with what many would argue is a problematic boot order that happens here. Optics-wise, it’s a boot order that does not look good at all. Thankfully, this season features a cast that is arguably the tightest and closest one ever post-season, which helps smooth things over to a point where Millennials vs. Gen X certainly deserves to be acknowledged here.

The Amazon is the earliest season on this list, and for a good reason, given that it is a season with an emphasis on strategy, something that the five prior seasons did not emphasize. The decision to divide the contestants by gender worked really well here, with the tribes of mostly good-looking youngsters hilariously playing into the division.

It’s a season that benefits from having a mix of different types of players, with some playing hard and others not knowing how to adjust when coming face-to-face with the strategy. Also worth mentioning is that The Amazon is where Rob Cesternino came about, who is undoubtedly one of the most active players online today, given his podcast.

The Amazon definitely does show its age at times though, which prevents it from being any higher. For example, there’s an infamous scene where women strip for peanut butter, and while they are the ones that offer it themselves, it’s still not great when looking from a more modern perspective. That being said, though, the season being much more elevated with its strategy than prior seasons does boost The Amazon up to deserving to be in the top 10 Survivor seasons, and it’s a fun watch no matter what.

Right from the get-go, the season’s theme here is incredible. One half of the cast being returning players, while the other half being their loved ones adds an outstanding wrinkle to the game that led to some of the franchise’s most iconic moments and strategic decisions. People being forced to come to terms with how their actions in their tribe affect their loved ones on the other tribe is chef’s kiss perfection.

Also, one of the added wrinkles here in the season is the return of Redemption Island, with players needing to watch their loved ones who were voted out fight for their survival in the game in a competition –that’s just the cherry on top. All of this, along with a satisfying winner, leads to a season that is undoubtedly worthy of being on this list. The only reason this season isn’t any higher is that the other seasons are just a bit better; nothing against Blood vs. Water in particular.

Survivor: China has an incredibly memorable cast, which is only helped by the season’s outstanding theming relating to its location, something that a lot of other Survivor seasons surprisingly lack. Survivor: China goes all in on its Asian location, featuring rewards and challenges themed around the country, and while this may not sound like a big deal when watching this season, it actually elevates the season and makes it more exciting and compelling.

The cast of Season 15 does have some incredible standouts, with the season providing some of the most iconic players in Survivor history. China also features an astonishing winner, who not only provides fantastic gameplay but also is an incredibly underrated character in the show’s run. The strategy here may not be as complex as some other seasons, but that is something that can provide a bit of a benefit to the season as it can be a bit easier to follow than some others. Plus, just because a season’s strategy isn’t complex doesn’t mean it can’t be compelling, which Survivor: China’s strategy absolutely is.

Unlike Millennials vs. Gen X, David vs. Goliath’s theme doesn’t really provide anything special; however, despite a lackluster theme, the cast here is outstanding. There’s no weak spot with these castaways; from the first boot to the winner, everyone here has a purpose for the overall gameplay, strategy, and even the story.

As opposed to numerous other seasons, there aren’t too many individual standouts, which showcases the cast’s strength as almost everybody has their time to shine. Not to mention that the castaways are able to take twists that really shouldn’t have been able to work and use them to their advantage in ways that are so advanced and fun that makes this a season that is on a whole other level. It really cannot be stressed enough, and if this were a list purely based on the cast alone, David vs. Goliath would likely be at least top three.

Side note: If you’re a White Lotus fan, you might recognize some of the castaways on this season as minor characters in that show, and that’s because Mike White, the showrunner, was a contestant on this season too.

It may be the show’s 31st season, but it’s only the third time that Survivor has had an all-returnee season, and oh boy, is this season outstanding. Before watching it, though, it’s important to know that this is a season where the fans got to vote on which castaways got to return, a fantastic choice that led to a whole new element to the game with how all the castaways felt they had something they needed to prove. Almost every player felt they needed to prove to both themselves and the audience why exactly they deserved to have been voted for, which led to an incredibly cutthroat season.

Survivor: Cambodia also benefits from not having too many twists impacting the season, which allows the players to really go at the game without the fear of a twist truly screwing them over. Then the few twists that Cambodia does have, namely the way that hidden immunity idols are found, were actually amazing and led the season to have some iconic moments for the franchise.

Forcing the players into feeling like they needed to prove something was an ingenious idea by producers and is one that they shockingly haven’t gone back to even though they totally should. All of this, alongside a fantastic winner, makes this a season that undoubtedly deserves to be in the top five of Survivor seasons.

Like Survivor: China, this is a season that absolutely excels when it comes to its theme. This time, it’s all about pirates. Yet the pirate theme isn’t what makes this season special, although it certainly boosts it. What makes Pearl Islands special is that the cast of characters here are so quirky and memorable while at the same time providing an entertaining game and season.

Almost immediately you can tell that this will be a special season thanks to the premiere where contestants are literally pillaging each other’s items. From one of Survivor’s most iconic opening episodes to an episode where a contestant convinces their tribemates that their grandmother is dead in an effort to gain sympathy, despite the loved one being alive and well, this is a season that never lets off the gas.

If you talk to any Survivor fan they’re sure to have Season 7 on their list of top-tier Survivor seasons as Pearl Islands is the gold standard of what these older seasons can provide. This is a season that is a must-watch for any Survivor fan, as it truly has everything: compelling episodes, kooky characters, and a satisfying and fun winner.

A season with half returning players and half new players, Survivor: Micronesia features a cast of some truly amazing characters. So, while not every player is great, the ones who are more than make up for it, pulling off interesting move after interesting move. The pre-merge showcases some excellent blindsides leading into a post-merge that is chock-full of some of the best blindsides the show has ever seen.

Despite Micronesia being almost 30 seasons ago, there are still moments from the season that are widely talked about, with what is arguably one of, if not the signature moment of the franchise happening within the season. Almost every episode has something intriguing happening, which only gets boosted by the fact that the winner of this season is one of the most popular players of all time.

Survivor: Cagayan is amazing not only because of its incredible winner but also because of the journey that viewers go on to get there. From the start, fans knew that they had something special on their hands as the premiere is undoubtedly the best season premiere the show has ever had. The craziness that happens in that premiere is only the beginning though, as every episode is compelling right up until you see someone’s torch get snuffed.

Along with the fantastic premiere, the merge episode also seriously stands out, which only proves to be the start of what becomes a crazy merge full of twists and turns that nobody could see coming. The unpredictability of this season, especially with what happens post-merge is something that future seasons could only hope to replicate.

The cast of Survivor: Cagayan is incredible, with every castaway having their place within the season’s story and game. Cagayan cannot be hyped up enough and is one that every Survivor fan should make sure they watch, just so they can experience a season full of compelling characters and gameplay.

The creme de la creme of all Survivor seasons is without a doubt Survivor’s 20th season, Heroes vs. Villains. It’s a season that not only has everything that a Survivor fan could possibly want, but it carries itself with excellence. From characters to gameplay to a lack of game-interfering twists, there really isn’t anything that Heroes vs. Villains doesn’t do right.

Survivor: Heroes vs. Villains even has a plethora of iconic moves and moments that are still widely talked about to this day by the Survivor community. With a number of great idol plays, a number of memorable confrontations and rivalries, and even a player basically voting themself off, it’s a season unlike any other.

The cast here is absolutely outstanding as well, featuring a ton of the most iconic players ever to grace the screens of fans. The Heroes tribe is already great by its own merit, and the Villains tribe is often argued to be one of the absolute best tribes to have ever been created by the show. Heroes vs. Villains is almost always discussed as a must-watch for anybody who likes the show, and for a good reason. All of this and plenty more, which lean more towards the spoilers side of things, make this the greatest season of Survivor of all time.