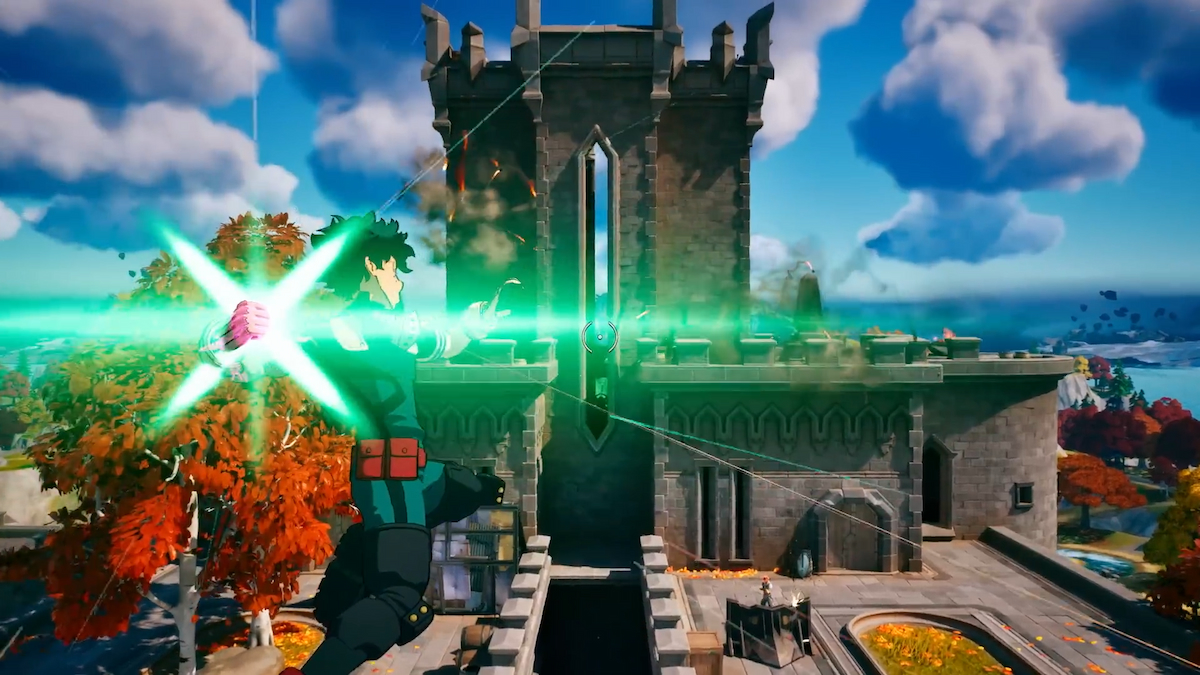 The first Fortnite Chapter 4 Season 1 trailer shown after the Fracture Event teased an upcoming collaboration with the popular anime series My Hero Academia. However, there has been no further information given from any official Fortnite channels. Though, it seems the My Hero Academia manga publisher has some news to share.

According to a Japanese magazine page (publication isn’t named) found by dataminer iFireMonkey, we are only a week out from the Fortnite x My Hero Academia collaboration. According to this, the collaboration will kick off on Friday, Dec. 16.

As you can see by the image, it very clearly references Fortnite x My Hero Academia, and the date given above is most certainly Dec. 16. The only thing missing is an idea of the scope of the collaboration. The most recent two collaborations, Naruto and Dragon Ball, both brought a whole event with them, rather than just simply skins being added to the Item Shop.

While the launch trailer itself directly showed Izuku Midoriya, there was also a Harvesting Tool seen in the previous cinematic trailer that looked suspiciously like it was representing My Hero Academia’s greatest hero, All-Might.

This collaboration is well-timed, as the Japanese airing of My Hero Academia season six will be wrapping up on Dec. 10. On top of that, the English dub of season six only started airing a few days ago.

We’re hoping for something the scale of the Dragon Ball collaboration, as that brought a whole event, in-game items, and a themed map location. Also, players could earn a really neat Glider just for participating. Nothing beats free.