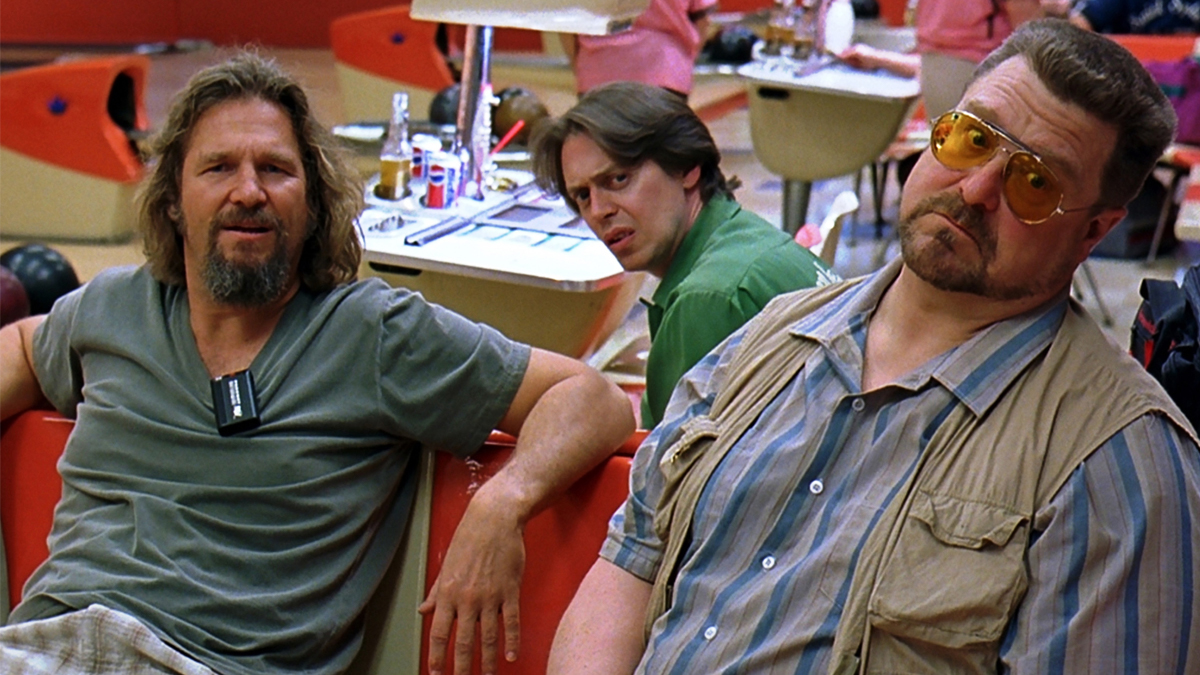 The Christmas holidays are days for spending time with your loved ones, but it’s also time to have some fun and relax. If you’re looking for a good laugh, we have some recommendations. Here are ten comedy pics to watch during the holidays.

Monty Python was a surreal comedy trope with a tv show on the BBC in the sixties called: Monty Python’s Flying Circus. After the show ended, they started doing movies, and in their own opinion, Life of Brian was their best one.

It all starts when The Three Wise Men go to worship a kid who’s just been born… and it’s the wrong house. Brian might be Jesus’ neighbor and has been born on the same night at the next stable, but he’s no savior.

From there on, the movie has approximately 1,000-jokes-per-minute critiquing all the crazy things that happened in the world 2,000 years ago. There are jokes about everything: from the invading Romans to torture, false worship, how to write Latin correctly, and why stoning was just a men’s activity. Life of Brian also has one of the best endings ever, as all of a sudden, the people being crucified start singing: “Always look on the bright side of life”.

A movie as surreal as it is funny, if you haven’t seen it, you’re in luck as seeing it for the first time is magical. The first of many.

More of a sweet movie that will make you smile, than a laugh-out-loud comedy, Clueless is charming and witty. The film is loosely based on Jane Austen’s Emma and tells the story of Cher Horowitz (Alicia Silverstone), a teenager obsessed with clothes and fashion.

Although the film was made in the nineties, it still holds up thanks to how clever and quotable it is. Plus, it also boasts a movie star-creating performance by Alicia Silverstone. The film also has a Paul Rudd appearance, too, which may reveal that he is in fact secretly a vampire, as he looks the same now as he did 30 years ago. Speaking of vampires…

What We Do in the Shadows

What We Do in the Shadows is a fake documentary about a group of vampires sharing a flat in modern-day New Zealand. The characters’ lives might be mundane, as they have a chore wheel, hang out watching tv, and go out to have some fun, but they’re thousands of years old and are looking to suck blood from anyone they can.

The film is largely all deadpan humor and laughs, and turns the magic and terror into everyday routine, which makes for an amusing tone. The characters, their desires, and their lives are simultaneously very serious, while also throwing in quotes like “We’re werewolves, not swear-wolves” (yeah, there are also werewolves in the movie). Written by Flight of the Conchords’ Jemaine Clement and future MCU star director Taika Waititi (they both also star), the film shows their sense of humor perfectly.

The idea of a mockumentary with vampires in modern times had so much more meat on the bone that they created the tv show of the same name, with a different set of vampires who live in Long Island, and have become one of the funniest shows on TV. And yet, this film is still one of a kind.

Dr. Strangelove Or: How I Learned To Stop Worrying and Love the Bomb

Who would’ve thought perfectionist Stanley Kubrick had a comedy in him, one as surreal and as cynical like this one, with Peter Sellers playing three different characters and nailing each one of them. Dr. Strangelove is a nihilistic comedy about the handful of people who have the power to end the world, their hangups, and how complicated it is to really do things when you’re a politician.

There’s never been a war room as crazy as this one. Not only did Sellers improvise much of his dialogue, but the fact that Sellers’ turn as the titular ex-Nazi continuously calls the USA President “Mein Fuhrer” always manages to put a smile on my face. What’s undeniable is that this black satire is as an effective allegory for disarming the world from nuclear power as any anti-war documentary, especially because of its ending.

Saturday Night Live alum Kristen Wiig wrote and starred in this film that had as many funny one-liners, as love for its characters, and is full of incredible performances.

The comedy pic takes its female friendships seriously while having time to joke about everything. The relationship between Annie (Wiig) and Lillian (Maya Rudolph) is the film’s heart. It also has two all-star supporting performances: Melissa McCarthy in the film that made her a star, and Rose Byrne who, up until that point had been a serious actress, and here proved she had the goods to improvise comedy and play with the SNL alums.

Bridesmaids is raunchy, funny, crazy, emotional, and sad, and mixes all those emotions brilliantly as Wiig’s character is at a low point in her life. Her best friend is getting married doesn’t help her at all, as she feels left behind, making the viewer feel for her, while also laughing with her (and at her).

This film created its own comedy genre, and its writers, Jim Abraham and the Zucker brothers became its biggest proponents as after Airplane! they also did the Naked Gun and the Hot Shots movies.

Airplane! has so many visual gags and one-liners that it must be seen many times to get all of them. This parody of 1970s movies has many laugh-out-loud moments, surrealism, side gags, and ridiculous ideas, a performance by Leslie Nielsen as the doctor that changed his career forever, and even a Kareem Abdul-Jabbar cameo. Some jokes haven’t aged very well, but the film still holds up, in a crazy let’s see how many jokes-per-minute we can do kind of way.

Harry (Billy Crystal) and Sally (Meg Ryan) meet after college and hate each other. Over the years, they keep meeting randomly and end up becoming reluctant friends, and maybe something more.

This is the romantic comedy that changed romantic comedies forever. The film has an amazing and incisive script by Nora Ephron that has as many jokes as truths about relationships. Rob Reiner’s direction is fun, and the film works because of the incredible performances by, not only, Crystal and Ryan, but also Bruno Kirby and Carrie Fisher as the couple’s best friends.

When Harry met Sally has great character arcs for both Harry and Sally and earns its ending. Even if you’re not a romantic, this movie might make you feel things.

Sara Marshall (Kristen Bell) breaks up with her boyfriend Peter (Jason Segel), and he doesn’t take it well. While he’s depressed, he decides to go to Hawaii, hoping a change of scenery might do him some good, and there he finds Sara with his new boyfriend, British rock star Aldous Snow (Russell Brand). Luckily, Peter also meets a new possibility for love: Rachel (Mila Kunis).

Written and starring Jason Segel, Forgetting Sara Marshall is one of the best break-up movies ever, and might also be the last great romantic comedy at the cinema, as the genre has left the multiplex and is now a staple of the streaming world. Segel’s script has many funny moments, but also sad truths about a break-up, in a film that hilariously ends with a vampire puppet musical.

The film’s cast is incredible, finding everyone just as they’re going to have their big break: from Kristen Bell to Mila Kunis, Russell Brand, Jonah Hill, and Bill Hader – there’s even a Paul Rudd cameo as the chill surf instructor. What better for the cold holidays than a movie that happens in Hawaii?

Jeff “The Dude” Lebowski (Jeff Bridges) is just a happy-go-lucky guy, who loves to bowl with his friends and have white Russians. A bunch of guys confuse him for another Lebowski, one that’s rich and whose wife owes them money, so they pee on his rug as vengeance. Since “the rug really tied the room together”, the Dude goes to talk to the Big Lebowski, the guy that the bad guys were looking for, and things get crazier from there.

This Philip Marlowe-inspired movie, by way of the Coen brothers, is as funny as it’s entertaining. For a guy that just wants a new rug, the Dude gets mixed in the LA criminal underworld and stumbles into embezzlement, nihilists, and nymphomaniacs. And if all that wasn’t enough, the story is told by cowboy Sam Elliott.

Jeff Bridges’ performance is one of a lifetime, while the cast includes some other heavy hitters: John Goodman, Steve Buscemi, Julianne Moore, Tara Reid, and Philip Seymour-Hoffman for an incredible, fun trip.

Phil Connors (Bill Murray) is an arrogant and cynical TV weatherman who gets trapped in a time loop in the annual Groundhog Day ceremony in the small town of Punxsutawney Pennsylvania, reliving the same day over and over again. This Harold Ramis movie is an incredibly dark comedy, and Bill Murray might have never been better.

This Murray acting tour-de-force allows him to show off all his talent as he’s funny, sad, melancholic, romantic, defiant, all-knowing, sarcastic, and much more. This satire, which is as funny as it is sad, proves how the idea of repetition can have many, many different endings.

The character of Rita (Andie MacDowell) could be better written, but this comedy has a profound message as the character of Phil betters himself after many repetitions (some say he’s in the loop for 40 years, others say 500 years), making him a different man, a better man, one whom Rita could fall in love with.