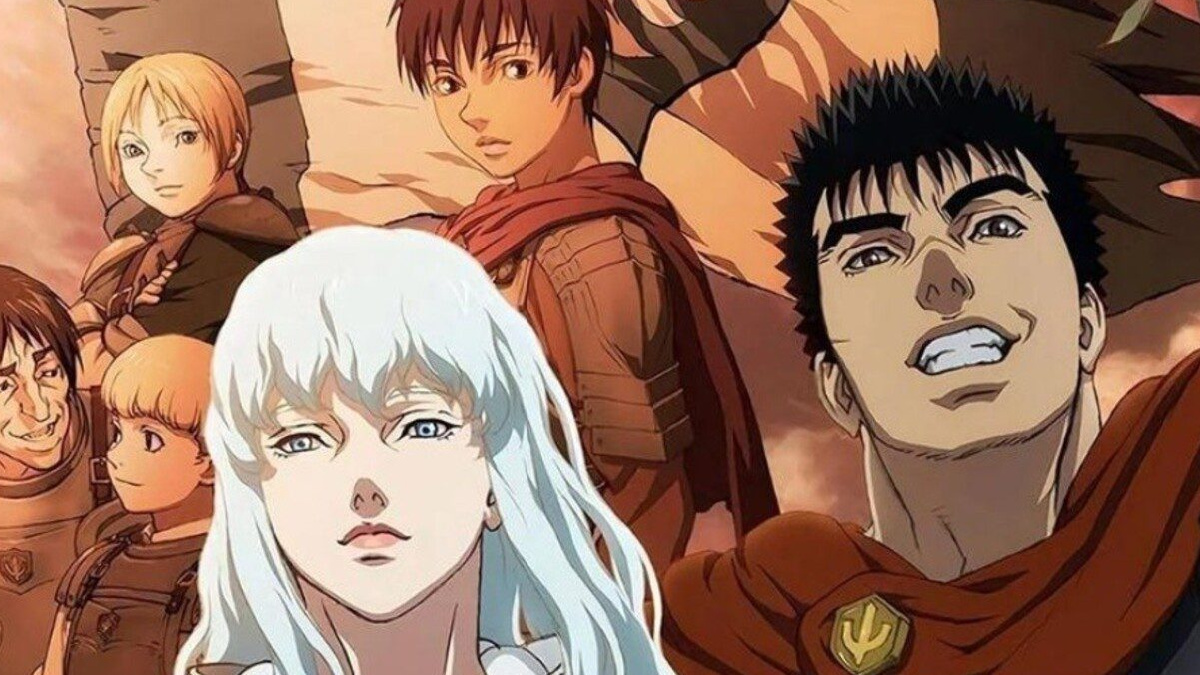 Berserk: The Golden Age Arc – Memorial Edition has received a release date for its Blu-ray set, and it’s geared to include some additional special features.

Revealed via a post to the series’ official website on Dec. 10, the Blu-ray release is slated for Mar. 29, 2023 in Japan, while a release in the west has not yet been confirmed. The collection will include all 13 episodes of the readaptation of the Golden Age Arc films, and will include the uncensored versions that couldn’t be aired during the series’ initial run. The credits-free openings and endings of the series will also be included.

The biggest special feature of all, however, is an interview done with Kentaru Miura before his passing in 2021. The interview was originally an exclusive feature of the Great Berserk Exhibition held in Tokyo earlier this year, and covers both his career and his views on Berserk as a whole.

The full announcement, as well as some teaser visuals tied to the Memorial Edition series, can be viewed on the official website.

Airing as part of the Fall 2022 anime season, Berserk: The Golden Age Arc – Memorial Edition acts as a re-release of the Golden Age Arc films released between 2012 and 2013. In addition to combining the story into a single running series, new scenes and tracks were also added to better flesh out the adaptation and better convey the story. Likewise, the 3D CG models used for certain characters were touched up to bring up the overall quality of the series.

The series is still ongoing at the time of this article’s writing, with episodes 11, 12 and 13 still set to air before the conclusion of this season.

Berserk: The Golden Age Arc – Memorial Edition can currently be viewed on Crunchyroll. For more on the series, check out any of the related articles down below.