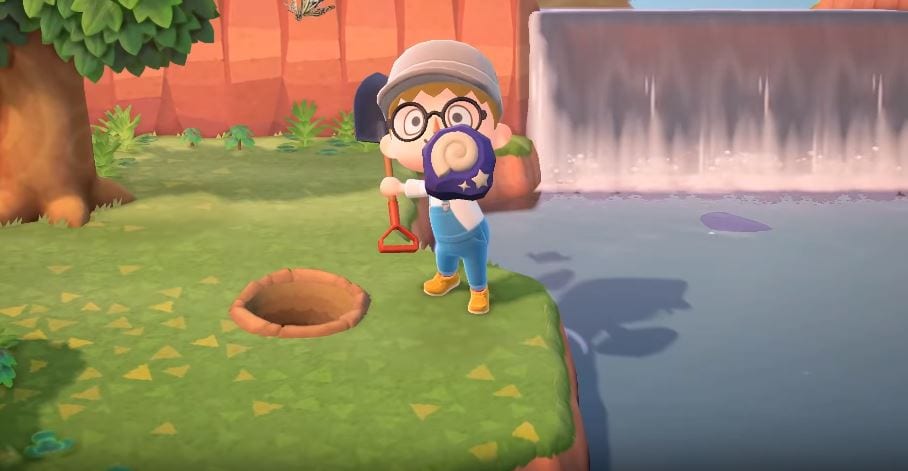 How To Find Fossils in Animal Crossing

When it comes to actually retrieving these prehistoric marvels, you’re going to want to first have a shovel. This can be crafted at a workbench or Tom Nook’s DIY bench for five hardwood and one iron nugget.

When you have it, you’re going to want to look for mounds in your island that look like something is buried beneath them.

Then, you need to stand facing these mounds and use your shovel on them by pressing A.

Your character will dig and there’s a chance you can end up with a fossil! There’s also a chance to get a pitfall or some bells.

When it comes to finding out what these fossils are exactly, you’re going to want to head over to the museum. There, you will be greeted by Blathers.

You can hand over to him the fossils you dug up and he’ll tell you what they are.

From there, you can donate them to the museum to add them to the collection if they don’t already have them, or you can sell them for a good chunk of bells!

Oh, and new to the series is that you can actually place them around your island, too! Your very own Jurassic Park.

Here’s all the dinosaur bones you can get from fossils in Animal Crossing New Horizons. We’ll update it as we find out about more of them.

This obviously means that you have no control over which dinosaur bones you might get when you dig up a fossil, unfortunately. If you want to complete the collection, you’ll just have to get to digging!

That’s all there is to it, though! That’s how to get all fossils in Animal Crossing New Horizons.