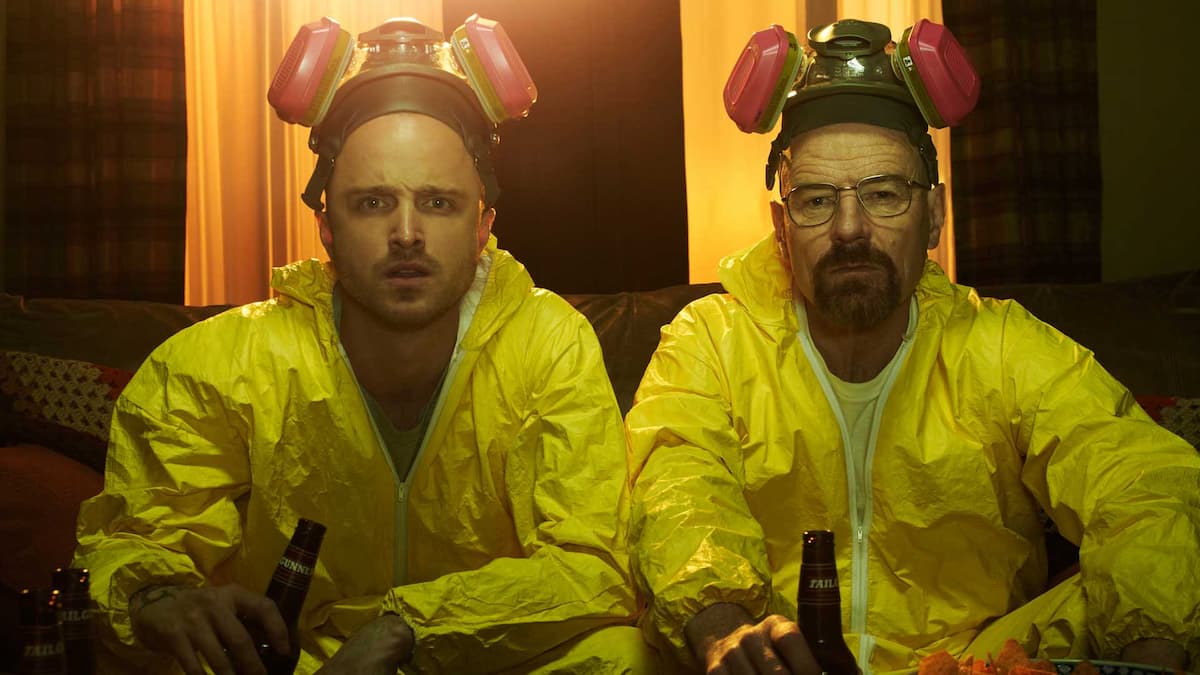 Breaking Bad and Better Call Saul are two once in a lifetime tv series in the pantheon of best shows ever. Both had great writing, striking visuals, career-best performances, and a knack for incredible, shocking deaths, that always surprised their viewers. Spoilers follow as here are the top 10 deaths in Breaking Bad and Better Caul Saul, ranked by shock value:

Nacho (Michael Mando) was a dead man walking from the moment he betrayed Lalo (Tony Dalton), allowing Gus (Giancarlo Esposito) to enter their compound. After the killing attempt is botched, Nacho accepted getting killed as long as Gus and Mike (Jonathan Banks) saved his father.

Nacho had become one of the greatest characters in Better Call Saul and even though his death was heartbreaking, at least he went with a bang. Nacho didn’t give his enemies the satisfaction of killing him; he confessed that he was the one that caused Hector’s (Mark Margolis) stroke, got out of his ties, stole a gun, and killed himself. It was sad to see Nacho go, but at least he did it on his own terms.

Mike Ehrmantraut was a former cop who became the strong arm and cleaner for any of Gus’s problems, and he did all this while being cool and calm throughout it. That’s what he was doing when we met him in Breaking Bad. Although he was a criminal, Mike had a moral code and did all the bad things he did so her granddaughter could have a better future.

His death could’ve been avoided if he hadn’t confronted Walt (Brian Cranston) about all the bad things he had been doing. Walt was always the scariest when his ego was hurt, so he killed Mike in a fit of anger, for no real reason other than being challenged. It was a shocking end, as it looked like Mike was going to miraculously make it out of the drug game alive, but his moral code and no bullsh*t way of looking at things, made him tell some truths to Walt that the meth dealer was not ready to accept.

Werner (Rainer Bock) was a great German engineer who thought and created the underground superlab Walt and Jesse would work in Breaking Bad. The superlab was a months-long, arduous project, and even after becoming friends with Mike, the German started missing his family and tried to get back to Germany.

Mike knew he had to kill him, on orders from Gus, and when he finally did, we could see Mike losing a part of his soul, as even though building the superlab was a criminal endeavor, Werner’s biggest crime was missing his wife.

Chuck McGill (Michael McKean) was Jimmy’s (Bob Odenkirk) brother, and Better Call Saul’s first seasons were defined by the relationship between the two. What started as sibling rivalry ended in tragedy, when, after Jimmy got Chuck disbarred and the firm made him retire, Chuck committed suicide by kicking a lantern and letting burn his house down with him in it, as he believed he had nothing left to live for.

It was a tragic, melancholic and shocking death as it could’ve been avoided with better communication between the brothers, and it was a death that hung in Jimmy’s conscience for the rest of the show.

Jane (Krysten Ritter) was Jesse’s (Aaron Paul) neighbor and girlfriend. She was a recovering addict, and when she fell off the wagon, she took Jesse with her, as they both started doing heroin. While they were on one of those drug-induced trips, Walt appeared to apologize to Jesse and, inadvertently moved Jane or her back. As she began to choke in her own vomit, Walt, still there, decided to do nothing, as he believed Jane was a bad influence on Jesse and let her die when he could’ve saved her.

For most, this was the moment of no return for Walt, as he took a life with his non-action, only because she was an inconvenience to him and his business. Jesse’s guilt, as he felt responsible, would follow him for many seasons to come, without knowing what really happened.

Gus Fring was the greatest, most intelligent, and perhaps most evil rival Walt ever faced. Gus started as the distributor for their meth business, but as Walt wanted more and more power, it was obvious they were going to crash in the future. It all happened once Walt convinced Hector Salamanca to kill Gus (and himself in the process) with a pipe bomb on Hector’s wheelchair. Gus was always three steps ahead of everyone else, but his thirst for revenge on Hector (who years prior had killed Gus’s lover) made him not careful enough.

It was shocking, not only for the violence of the hit but also because Gus has survived so many attempts on his life, that for an instant, it looked like he had also survived this one, as the viewers only saw his good profile, just before learning half of his body was gone. The last thing Gus did was adjust his tie, because of course he did.

Andrea (Emily Rios) was innocent in the drug trade, and she was killed because of her relationship with Jesse. They had met in an NA meeting, and they had started a relationship. Jesse was even trying to be a role model to his six-year-old son, Brock (Ian Posada), and for just one moment it looked like this could be Jesse’s happily ever after, but the meth game is never that easy or happy.

When Jesse got slaved into cooking meth for Jack Welker and escaped, Andrea was killed by Todd (Jesse Plemons) to show Jesse what would happen to Brock if he ever tried to escape again. She just went to open the door and then she was shot, no explanations given. Andrea’s death was shocking and heartbreaking, as not only she left a 6-year-old behind, but she would be alive if she hadn’t met Jesse.

The wrong place at the worst time possible is what happened to Drew Sharp (Samuel Webb); he was just a fourteen-year-old kid who liked dirt bikes and spiders. On a fun day in the desert, he bumped into Walt, Jesse, and Todd who just had stolen methylamine from a train. Not knowing what they were doing, Drew just waved to them. Todd waved back, and then took out a gun and killed the poor kid in cold blood, so there were no witnesses to their robbery.

This was the beginning of the end for Walt and Jesse’s partnership, as Jesse never got over this unnecessary kill, and lost all respect for Walt as he kept working with Todd and his family.

Hank Schrader (Dean Norris) was Walt’s (Bryan Cranston) brother-in-law and a better that might look at first sight DEA Agent. He had found out what Walt was doing, but he couldn’t survive a shoot-out in the desert against Jack Welker (Michael Bowen) and his Nazi goons.

Hank and his partner Gomez (Steven Michael Quezada) had escaped many times, so it was surprising and heartbreaking that his death came here, in cold blood, at the hands of the worst, but less important villain on the whole show, with Walt, watching, but unable to do anything about it.

Howard Hamlin (Patrick Fabian) wasn’t a bad person, he might’ve been privileged, and looked at everything through that prism, but he didn’t deserve to die just because his interest clashed with those of Jimmy and Kim (Rhea Seehorn).

The couple spent most of season 6 trying to ruin Howard’s reputation as a lawyer and when they finally succeed, Howard went to confront them and show them his moral superiority. Unfortunately, he paid the ultimate price as, while he was there, Lalo appeared in the scene, put on a silencer in his gun, and killed Howard with a shot to the head, no questions asked, no motives given. It was an unnecessary death, a shocking one, a sad one, that wouldn’t have happened had Jimmy and Kim just left this man alone and not gotten off in coning him until his literal death.

Howard’s death came out of nowhere and could’ve been easily avoidable, and it’s one that we still remember. The most shocking death in the whole Breaking Bad and Better Call Saul universe, and that’s saying something.