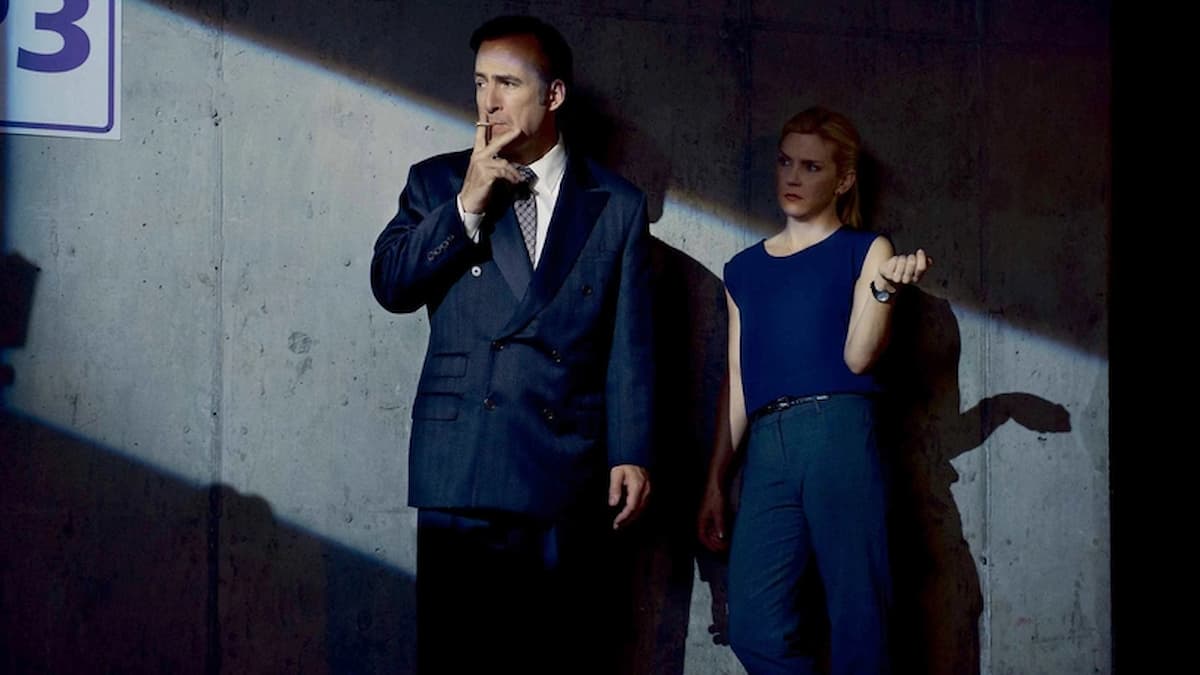 Breaking Bad and Better Call Saul are both known for being high quality TV dramas and complex character studies, and both shows have a penchant for style as well. Throughout the 14-year run of both series, we’ve seen more than a handful of beautifully shot musical montages. Now that the final season of Better Call Saul has come to a close, it’s finally time to take a look back at all those lovely montages and rank them from worst to best.

Do be warned that this article contains spoilers for the entirety of Breaking Bad and Better Call Saul.

If you ever need a quick breakdown of what Kim Wexler is like, this montage will get the job done. Within less than two minutes, we get to see just how meticulous Kim is as a person, and how disciplined she is when it comes to getting ready for work.

She wakes up at the crack of dawn, goes straight to the gym to work out and shower, unpacks her clothes neatly from her gym bag, then goes to work. Oh, and don’t miss the little details either, like how she carefully adjusts her earrings so they look just right. She’s lowkey a mess of a human being, as we’ll soon learn later in the series, but on the surface, she’s perfectly put together.

Can you keep a secret? This is Slippin’ Jimmy at his peak. The season 1 finale takes Jimmy back to Chicago where he reunites with fellow scammer Marco, and the two go on a week-long streak of sweet-talking tourists and getting them to part with their cash.

The scams get increasingly ridiculous too, to the point where the duo graduate from faking lottery numbers to lying about Saudi princes. I only wish we could’ve seen them actively scamming their victims, but the montage opts for a more abstract vibe, only showing us Jimmy and Marco switching costumes and all the crazy lines they feed to their victims.

“I am not crazy! I know he swapped those numbers! I knew it was 1216. One after Magna Carta. As if I could ever make such a mistake. Never. Never! I just, I just couldn’t prove it. He covered his tracks, he got that idiot at the copy shop to lie for him. You think this is something? You think this is bad? This, this chicanery? He’s done worse. That billboard! Are you telling me that a man just happens to fall like that? No! He orchestrated it! Jimmy! He defecated through a sunroof! And I saved him! And I shouldn’t have. I took him into my own firm! What was I thinking? He’ll never change. He’ll never change! Ever since he was nine, always the same! Couldn’t keep his hands out of the cash drawer. But not our Jimmy! Couldn’t be precious Jimmy! Stealing them blind! And HE gets to be a lawyer? What a sick joke! I should’ve stopped him when I had the chance! And you, you have to stop him! You-“

The Chicanery speech might very well be the most iconic bit from Better Call Saul, and this is the montage that started it all. It’s a perfect showcase of how far Jimmy will go for the scam, accompanied by the smooth guitar riff of Little Barrie’s “Why Don’t You Do It”. It’s a joy to watch Slippin’ Jimmy at work… until you reach this scene on a rewatch, and you realize what kind of trauma it’ll eventually bring down on Chuck.

Quite possibly one of the best cold opens in Breaking Bad, the Wendy/Windy montage is a cruel, realistic portrayal of the struggles of a meth head trying to make enough money for their next hit.

The sequence cuts between Wendy’s clients, her breaks in between each client, and her downtime where she’s drinking, counting her money, and trying to figure out when she’ll be able to buy her next stash of meth. It’s a depiction of the kind of ruin Walt and Jesse are inflicting on their buyers, and provides some much-needed perspective on the stories of the minor characters.

It takes a long time for Jimmy to finally become Saul Goodman, but we do see glimpses of Saul sprinkled all throughout the series. It’s especially pronounced in Better Call Saul’s Street Life montage, where Jimmy finally hits his stride by tapping into the burner phone business.

He gets his tracksuit out, hangs around the Dog House, and spends his entire night hustling and socializing with Albuquerque’s undesirables. He charms them easily and starts raking in the money as he successfully sells the value of the burner phones to them.

After the heartbreaking Fun and Games episode, I definitely wasn’t expecting another fun, somewhat lighthearted musical montage from Better Call Saul, but there it is. In Nippy, we see Gene rope in Jeff and Buddy into an elaborate mall scam where he spends days cozying up to the guards in the security room just to create a small opening for Jeff to run in and start robbing the mall.

Gene finally comes to life in this episode, after having lived a quiet, unassuming life in his personal Cinnabon hell. He puts in the work each week to make sure he’s caught up on the latest happenings in the sports world, and the development of his relationship with the guards is incredibly entertaining and enjoyable to watch. It’s also the greatest Cinnabon commercial ever.

Back when Better Call Saul was still kind of a comedy and the stakes were still somewhat low, we got all sorts of fun montages, like the one where Jimmy tries to get himself fired from Davis and Main.

It all starts when Jimmy realizes that he’d be forfeiting his Sandpiper money if he quits his job at Davis and Main. Then on his way home, he sees the balloon man with a bright red suit and the polka dot tie, and something clicks. This is, hands down, the funniest musical montage from Better Call Saul, and it’s made even better with the frequent cuts to the balloon man dancing in the wind as Jimmy continues to dress like a total clown going into work.

Office antics aside (they’re low-flow toilets, Jimmy!), this montage does a fantastic job of showing just how colorful of a character Jimmy really is, and how he just can’t get himself to fit into the rigid, by-the-books setting of a conventional law firm.

Breaking Bad was full of excellent cold opens, but the Heisenberg song performed by Los Cuates de Sinaloa might be the best one of them all. It’s an excellent way of showing the viewers just how far Walt’s reach had extended at this point, and the kind of influence the blue meth was starting to have on Mexico and the cartel.

It’s cut in with quick scenes of cartel members, and people who have killed and died for his blue meth. Couple that with a really catchy song about the legend of Heisenberg, and you have one of the very best musical scenes we’ve ever seen in this series. The montage is capped off with a shot of Heisenberg’s black hat getting tossed into the sky with a cartoonish sound effect, which is just perfection.

Google “Breaking Bad musical montage” and Crystal Blue Persuasion will be one of two top hits that come up in your search, and it’s easy to see why. This is one of the most iconic and memorable musical montages in Breaking Bad, and it shows off just how far Walt has come since his RV days with Jesse.

His meth business with Todd and Lydia has become a well-oiled machine. Cook the meth with Todd, pack it up for Lydia, Lydia brings back the money, give Saul his cut, then give the rest to Skyler to launder. Easy. This montage lulls viewers into a false sense of peace and security, and into thinking that this could go on forever.

And theoretically, it could. At the end of the day, it all just comes down to how much is enough for Walt.

2. On a Clear Day You Can See Forever

Google “Breaking Bad musical montage” and On a Clear Day will likely show up alongside Crystal Blue Persuasion in your search. Just like Crystal Blue Persuasion, this montage represents a time of peace in the Breaking Bad era. After working together for so long, Walt and Jesse are finally in-sync with each other. Their cooks go smoothly, there are no accidents, and most importantly, they’re in a place where things with their loved ones are actually going relatively well.

This is probably one of the most satisfying montages to watch, as it’s always fun to see the cooking process and how everything comes together. The molecules mixing with each other to create a dark, infectious explosion provides a somewhat insidious undertone to an otherwise extremely smooth montage, and it’s just a joy to watch.

For a long time, Crystal Blue Persuasion and On a Clear Day reigned supreme as the very best musical montages we’ve ever seen in Breaking Bad and Better Call Saul collectively, but I think the showrunners have officially outdone themselves with season 4’s excellent Something Stupid sequence.

At this point in the story, Jimmy’s forced to wait a year before he can appeal to get his law license back and he’s working on his burner phone business, while Kim is on the straight and narrow, working hard at Schweikart and Cokely to get Mesa Verde back on track while also taking on pro bono cases. As the montage progresses, we start to see the camera angles shift in their respective split screens, indicating that they’re starting to drift apart over time.

Fans had long since speculated that Kim would likely die or end up in jail since we never hear about her in Breaking Bad, but we failed to consider the other more likely, and more realistic explanation: Kim isn’t in Breaking Bad because she breaks up with Jimmy. The breakup doesn’t happen in this episode, but Something Stupid shows us the very real possibility that Jimmy and Kim just don’t work in a cut and dried, run-of-the-mill relationship.