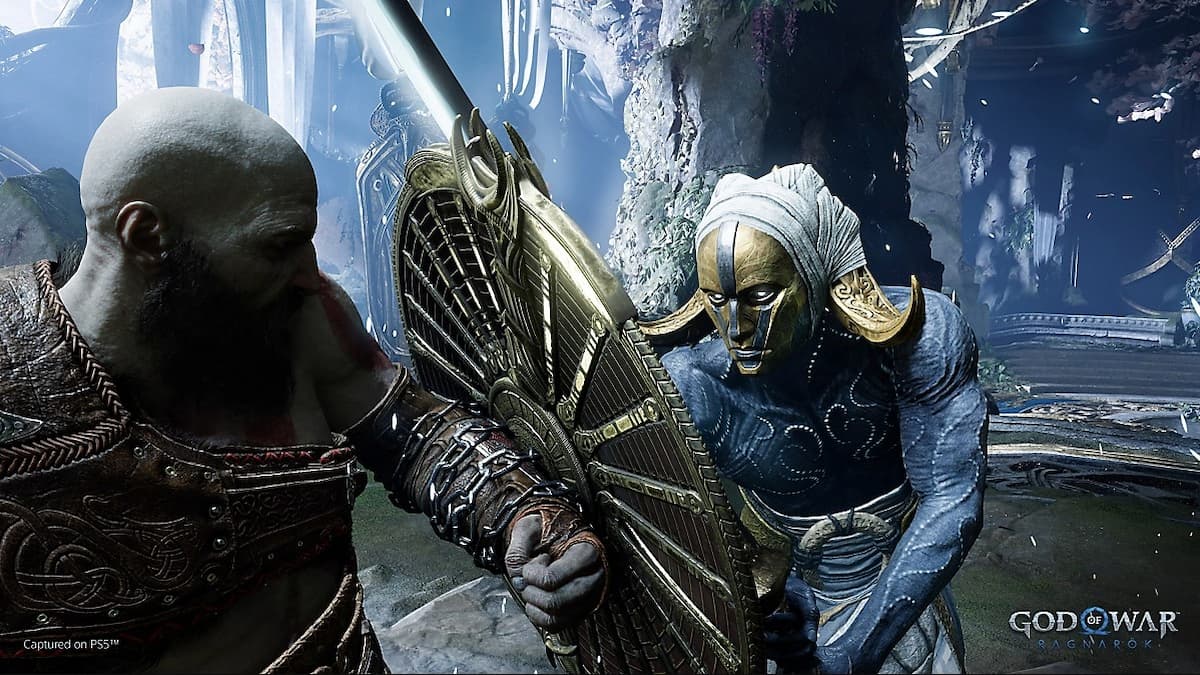 The next chapter of Kratos and Atreus’ story is available on PS4 and PS5 in the form of God of War Ragnarok. While we already know we’ll be clashing with the likes of Odin and Thor already, there’s a long way for you to go before reaching that point. Here, we’ll be running you through the 5 things to do first in God of War Ragnarok to set yourself up for an epic adventure.

The very first time you boot God of War Ragnarok, before even reaching the main menu, you’re hit with a ton of different settings to tweak to your preferences. These include things like Puzzle Timing, which can be extended to give you longer to hit certain targets for puzzles. Also, an extensive amount of accessibility options Sony Santa Monica Studios has lovingly included in the game.

Some of these may not be of any interest to you, but you’ll most definitely want to check out the Graphics Mode option if you’re playing on PS5 or PS4 Pro. This allows you to favor either framerate performance at the expense of resolution and visual fidelity, or favor resolution by reducing the framerate down to 30 FPS.

Depending on your own personal preferences, go ahead and change this Graphics Mode. We went for performance, as, even with the hit to visual fidelity and resolution, Ragnarok looks absolutely stunning. The increase to 60 FPS also makes the action buttery smooth and makes for a more cinematic and less jarring experience with the game seamlessly transitioning between gameplay and cutscene.

Watch the God of War Recap

Now that you’ve navigated all of the various settings, you’ve hit the main menu screen. Before you get ahead of yourself and dive right into a new game, we’d recommend watching the God of War recap conveniently placed at the very top of this menu.

It’s only a minute or two long, but it nicely reminds you of the major story beats from the 2018 title that is worth knowing about before you start playing Ragnarok. Again, it’s only a couple of minutes long, but it’s well worth doing if you’ve not played the first game since it was released over four years ago.

You can also rewatch it whenever you want from the main menu in case you need another refresher once you actually start playing the story and can’t remember why Freya is so mad at Kratos, for example.

Settings sorted and recap watched, you’re now all set to actually start the game. Now you’re given the decision of what difficulty setting you want to play on.

Even better, Sony Santa Monica Studios has opted not to include a difficulty trophy in Ragnarok’s trophy list, so you won’t have to worry about playing on a specific difficulty if you’re eyeing up that platinum trophy. You could play through the entire game on the Give Me Story difficulty and still get that coveted completion bauble.

Play Through the Opening Story Missions

God of War Ragnarok isn’t an open-world title, really, so for the opening few hours, you’ll be funneled from one location to another on fairly linear paths as you get back up to speed with Kratos and Atreus, learning how they’ve changed over the three years since the events of the first game, and get reacquainted with the combat and traversal controls.

There aren’t a ton of distractions during this time, either, so you may as well just focus on playing through the story missions until you’re finally let free to explore. Any side quests or collectibles you don’t get to on your playthrough of the story can be mopped up in the post-game, too, so don’t stress about being locked out of these forever.

Get to Grips with Parrying

The opening story missions are the best time to get used to the parry mechanic. It works the same as it does in most other action games, requiring you to be precise with your timing of L1 just as an enemy’s attack is about to hit you, to parry it, filling your enemy’s stun meter a little and opening them up for a flurry of attacks.

It’s an optional mechanic, really, but being able to confidently parry attacks when the combat gets really chaotic later on will save you a ton of stress. The parry can take a little bit of time to master, however, due to the fact that when the yellow ring appears around the enemy to indicate the attack can be parried, isn’t when you actually press the button. It’s a half second or so after this, just as the enemy’s attack is about to hit you. Repeatedly tap L1 too much, and you’ll miss it, taking a hefty chunk of damage. Leave it too late and your fate will be the same.

Track Down the Svartalfheim Watchtower Key

The first proper open area that you’ll reach comes on Svartalfheim in the form of the Bay of Bounty, and one of the first things you’ll see when you enter this area is a large Watchtower. As is oft the case with interesting buildings and areas, it’s of course locked, so you’ll need to find the Watchtower Key to find it.

We’ve already detailed where to find both halves of the watchtower key, and while you won’t necessarily be able to get both parts right away, going and investigating the watchtower is well worth your time, as one half can be obtained right next to it.

The Watchtower isn’t the only thing of interest in the Bay of Bounty that you can explore by boat. Plow your boat onto any of the sandy shores around this area and you’ll find some hidden collectibles tucked away or other optional activities to dive into.

While you may not be able to reach all of those pesky platforms holding that glistening item just yet, it’s worth making a note of these locations so you can return to them when you’ve got the ability. There’s also a fair amount that you can get from the beginning, so before you continue onto your main quest objective, make sure you thoroughly explore this area.

Plan Out Your Early Skill Upgrades

There are a ton of different skills and abilities to unlock for Kratos’ Leviathan Axe, Chaos Blades and Atreus, too. While most of these are locked away behind specific weapon level requirements, that doesn’t mean you can’t spend a bit of time eyeing up the ideal skills to suit your playstyle.

For us, we were a huge fan of the Chaos Blades crowd control efficacy in combat, and so we spent a lot of time making these even more lethal, unlocking additional combos to allow Kratos to really bring the pain to the Nine Realms.

Whatever you decide, make sure that you avoid spending your precious XP on skills that you simply don’t think you’d use. Once you’ve got an abundance of XP towards the end of the game, you can always unlock these for completionist’s sake, but unless you need to get it in order to obtain a skill that you actually do want, don’t waste your XP. We’ve also got a handy guide of the best skills to get first for both Atreus and Kratos, should you need some pointers.

Don’t Worry Too Much About Nornir Chests & Collectibles

It might sound a little odd that we’re suggesting you don’t do something on a list of things to do first, but hear us out. You’re going to see a lot of Nornir Chests and collectibles in your early hours. The former is particularly useful as they’ll contain Idunn Apples or Horns of Mead that’ll increase your max health and rage respectively, but the others can simply be sold to Brok and Sindri for more Hacksilver.

If you’re going for the platinum trophy, you’re going to need to collect all of these and bust open those Nornir Chests anyway, but for now, don’t spend too much time stressing about them. If the answer isn’t immediately apparent as to how you’re supposed to open the chest or reach the collectible, just keep on movin’. A lot of these items and chests require you to have abilities that you won’t unlock until later on in the game, so you’re best returning at this point and mopping up what’s left in each realm.

Soak Up the Beauty of the Nine Realms

Finally, God of War Ragnarok is an incredibly beautiful game, both on PS4 and PS5. The Nine Realms are brought to life with the screeching of animals in trees, stunning skyboxes, tiny details like flora and fauna blowing in the wind, snow that realistically reacts to character movements, and a magical world that simply feels teeming with life.

Sometimes, it’s nice to just stop where you are and take in your surroundings. Appreciate all the little things that Sony Santa Monica Studios have poured into the realms to bring them to life. While photo mode may not be here just yet, you can always snap a screenshot of particularly pretty vistas to tide you over.

Do you have any suggestions of things to do first in God of War Ragnarok for your fellow readers? Share them in the comments below. Alternatively, if you’re looking for more God of War goodness, we’ve got you covered with a breakdown of how long Ragnarok takes to beat, how to save, and how to get Hacksilver for all those purchases and upgrades from Brok and Sindri.