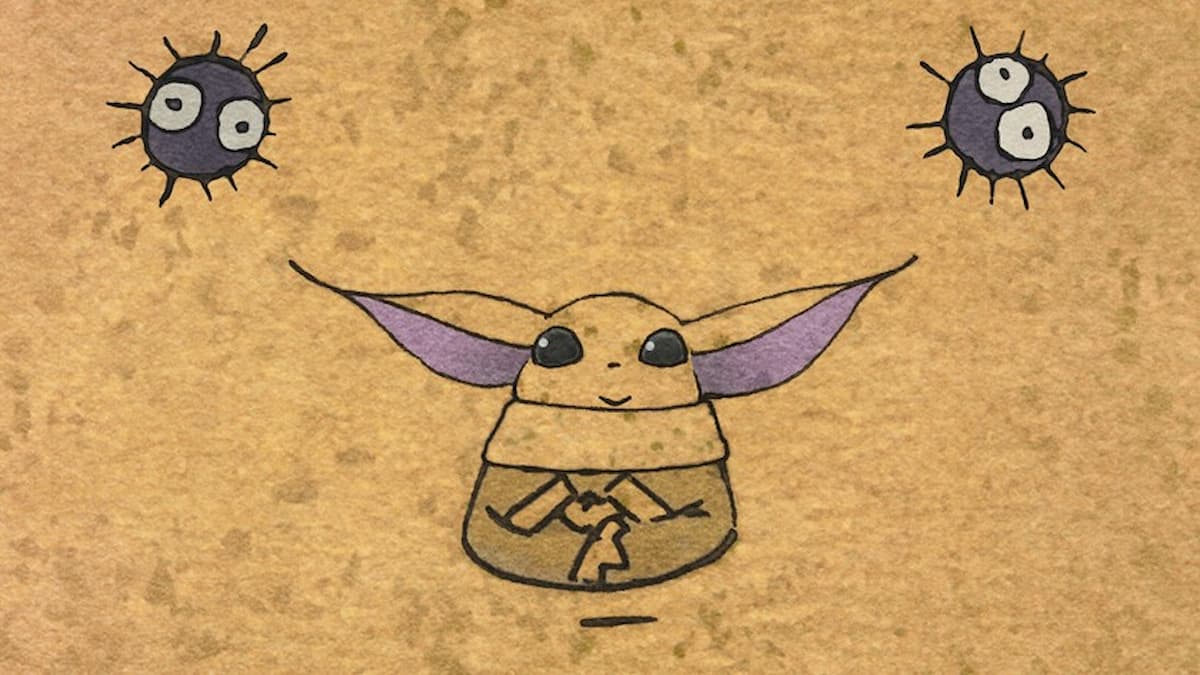 The back end of this weekend has been quite the whirlwind for fans of Star Wars and Studio Ghibli films. On Thursday, a tweet went out teasing a collaboration between Lucasfilm and Studio Ghibli. Then one day later Studio Ghibli tweeted a picture of a figurine of Grogu only for the Star Wars account to announce Zen – Grogu and Dust Bunnies is coming to Disney+ on Nov. 12.

This project marks the first time that the two storied studios have worked together on a single project. While there’s not much information on exactly what Zen – Grogu and Dust Bunnies is all about, it is available to stream right now on Disney+.

It is important to note that this animation created by Studio Ghibli is only three minutes long. While that may be disappointing for some, at least it means you’ll be able to watch it all to the end in a single sitting without interruption.

Below, you can find the two tweets mentioned above. First, the one featuring the Grogu figurine with a blurry Hayao Miyazaki in the background. Second, the official announcement of Zen – Grogu and Dust Bunnies.

While this isn’t the first time that Lucasfilm has collaborated with Japanese animation studios. In Star Wars Visions the American film studio enlisted the talented animators at Kamikaze Douga, Studio Colorido, Geno Studio, Trigger, Kinema Citrus, Production I.G, and Science SARU to create nine shorts. This series is available to stream in it entirety on Disney+

Of course, Zen – Grogu and Dust Bunnies is also available now to stream on Disney+.