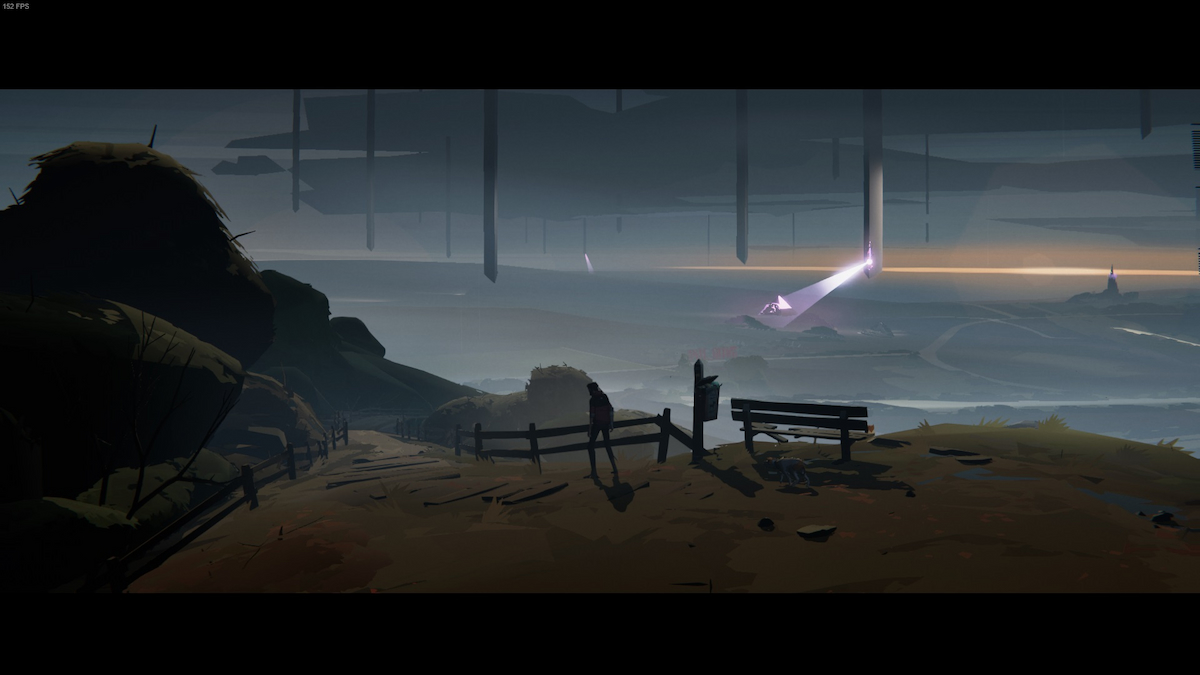 Somerville carries a great weight of expectation on its shoulders. It’s the debut game from Jumpship, a studio helmed by former Playdead CEO Dino Patti, and therefore draws inevitable comparisons to critical darlings Limbo and INSIDE. It was first put on my radar back in 2017 for precisely this reason, as I’m sure it was for many others too. The reality, though, is that Somerville plays very differently, and though it does stand apart as a gaming experience I won’t easily forget, is ultimately one I do not hold in such high regard.

Similar to a Playdead game, Somerville is a wonderfully atmospheric puzzler that delivers a thought-provoking narrative through cinematics and environmental storytelling. There’s far more context to its premise and plot here, though; instead of suddenly appearing as a child in the woods, we take control of a father scrambling to protect his family after their quiet, rural home is caught in the midst of an alien invasion. Our silent protagonist is then knocked unconscious, trying to interact with a lifeform who has crash-landed straight into their property. He then wakes sometime later, alone and wielding a mysterious new power.

This power forms the crux of Somerville’s puzzle gameplay, the ability to manipulate strange alien sediment. This is initially limited to liquifying said sediment in order to remove obstacles from the beaten path, but later one is able to solidify it, too, normally for the purposes of walking over or creating climbable surfaces. Importantly, and adding an extra layer to puzzle-solving throughout, it’s not possible to manipulate sediment directly. It must instead be channeled through an object with a power source, such as a lamp or a light switch, or a cable powered by a nearby generator.

As you’d expect, the gameplay in Somerville’s early chapters is mostly concerned with helping to familiarize you with its mechanics. It’s all straightforward puzzle-solving and light platforming, which is simple enough save for the occasional lurking danger of rogue aliens intent on sucking you up to their enormous monoliths. Anoyingingly, though, it wasn’t the threat of abduction I struggled most with in Somerville’s opening chapters; right from the off, there are moments of frustration in the way Somerville actually feels to play.

Generally speaking, interacting with the environment in Somerville is not all that intuitive, which was surprising to me, given as I remember being in total awe of Limbo and INSIDE’s design in that respect. But where those games made me feel incredibly clever and consistently rewarded with gratifying, lightbulb moments, Somerville only rarely did. Too often, a solution to a puzzle or the route to continue progress was some subtle environmental interaction I had missed rather than a failure to apply logic on my part. This is obviously irritating but, on its own, not damning, especially considering that Somerville’s puzzles do eventually become much more interesting. The real problem is that navigating around the environment to solve puzzles is a bore.

The movement in Somerville is very weighty and slow. It is not a platforming experience in which you’re able to run and jump, which is absolutely by design and not a problem in and of itself. Where it becomes tedious, though, is when you’re having to back and forth a lot given that it’s such a puzzle-heavy experience, and doubly so because those puzzles or paths to continue on forward are sometimes obtuse, as I mentioned earlier.

More importantly, and really at the core of the issue, is that the movement in Somerville doesn’t exist on a single plane. It’s not a side-scroller, even if the perspective is most often side-on. Where games like, say, Little Nightmares allow you to explore a few steps into the foreground and background, Somerville gives you reigns to explore much further. Sometimes it has you off 100 feet in the distance, other times just a few. You might find yourself in a cave in which you can only move left or right, then enter a larger one with a different ruleset. It’s never consistent between areas, and this often confused me into investigating unnecessarily. Like the sometimes obtuse puzzles, it means yet more time spent in the back and forth. Not ideal in a game in which the pace is already very slow.

Apparently, Somerville began life as a side-scrolling platformer before later changing to the design it eventually settled on. I think it was a bold move to abandon that tried and tested format, but perhaps not one that ultimately paid off.

All of this is a real shame because the rest of the game is really very good. Visually speaking, Somerville is so wonderfully presented, boasting a distinct style that works in tandem with excellent sound design to really convey a tense, gritty ambiance. I so wanted to be drawn into its world and immerse myself in a story that I think has something poignant to say and is generally gripping throughout. It’s just that moving through that world was so much harder than it should have been. Somerville never quite becomes second nature to control in the way that most quality video games tend to.

Still, even despite these movement woes, there’s no question that the intrigue of unearthing Somerville’s mystery did encourage me to keep on pushing on through. And in the end, the juice was worth the squeeze as the game reaches a climactic latter third, which is easily its best part and when the whole experience comes together.

Not only do the puzzles ramp up in complexity and present some very cool ideas that are cool to watch unfold (though not always exciting to play), but there’s a final flurry to the experience I definitely enjoyed. Somerville introduces new and unexpected gameplay sequences amid dramatic final scenes that convey all sorts of story revelations and had me totally engrossed.

When the journey was over, with the credits rolling, I found myself left deep in thought, reflecting on what I had just seen unfold and the meaning of the journey I had embarked on. Quite whether this grand conclusion actually presents more questions than it does answers, I’m still not sure. In any case, I do think Somerville at least succeeds in delivering that punchy, thought-provoking crescendo and conclusion it was always building towards. I just wish it hadn’t been such a slog to get there. 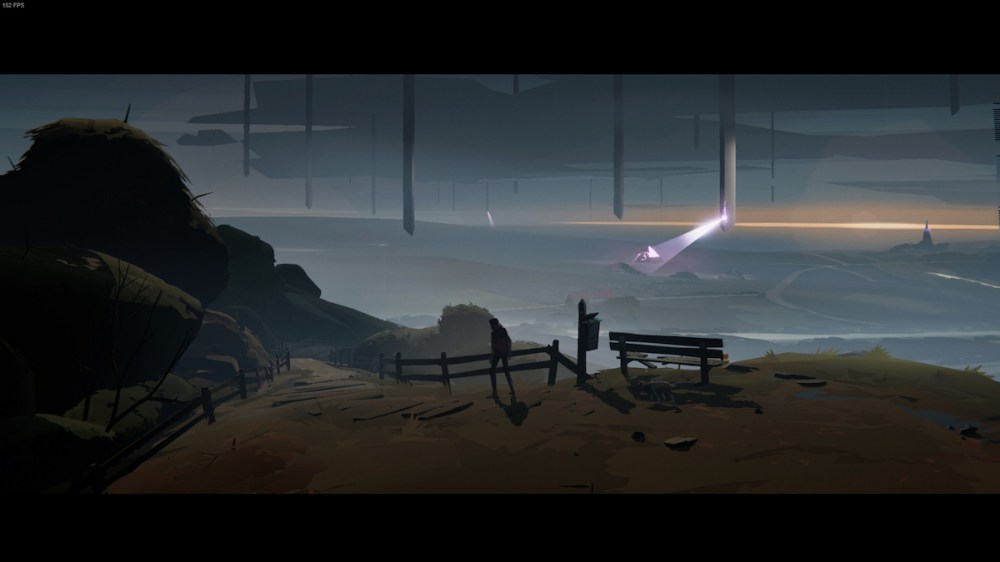