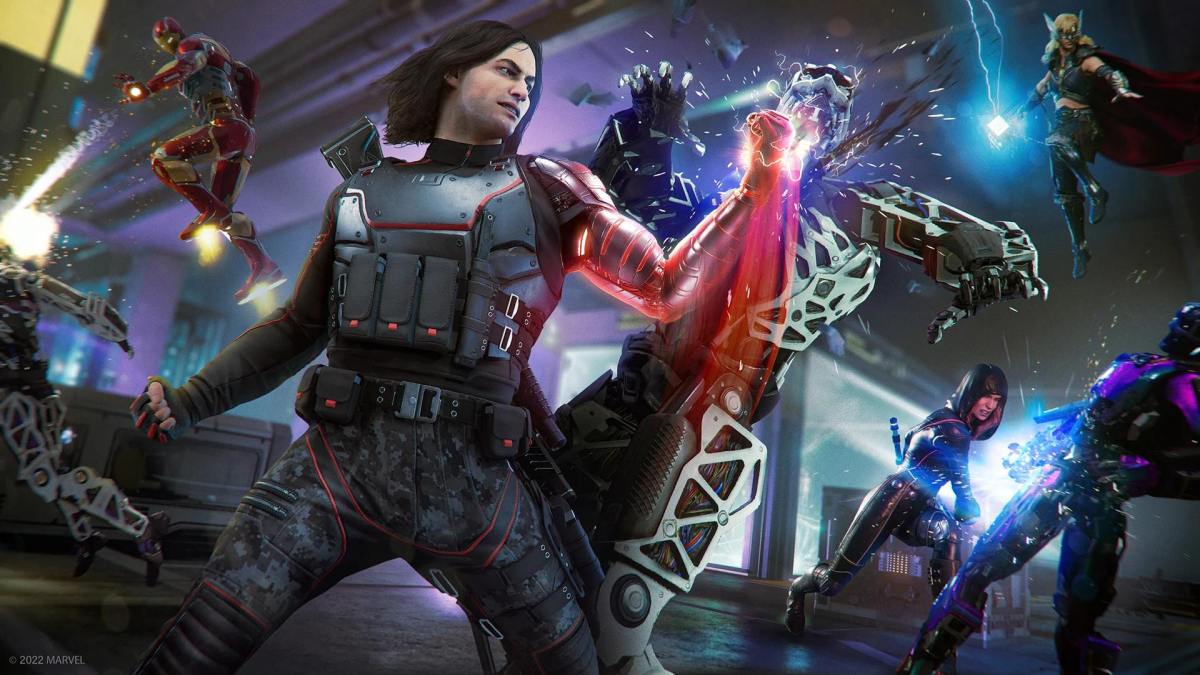 The trailer focuses on the new playable character that will join the Avengers with the update, former Captain America’s sidekick James Buchanan “Bucky” Barnes, also known as The Winter Soldier.

There is a lot to see in the trailer, showcasing how Marvel’s ultimate anti-hero fights. Of course, he mixes up the power of his iconic bionic arm with firearms and knives, so he’s a powerful damage dealer capable to hold his own both in melee and at medium range.

He can punch and kick his way into any fray, or pick off enemies at a distance with his assault rifle. If you need to clear a room, he can even call in air support which will bombard the enemies.

Speaking of the rifle, it has different modes, including a grenade launcher. If you need to go somewhere fast, Bucky can use a grappling hook and wall-run.

We also get to see some of the Winter Soldier’s cosmetic costumes, including his old suit as Captain America’s sidekick, a gulag uniform, a space suit, and many more.

You can check out the trailer below while we wait for the release of the update, which is coming on Nov. 29.

Marvel’s Avengers is currently available on PC, PS5, PS4, Xbox Series X|S, and Xbox One. If you’d like to learn more, you can enjoy our review.