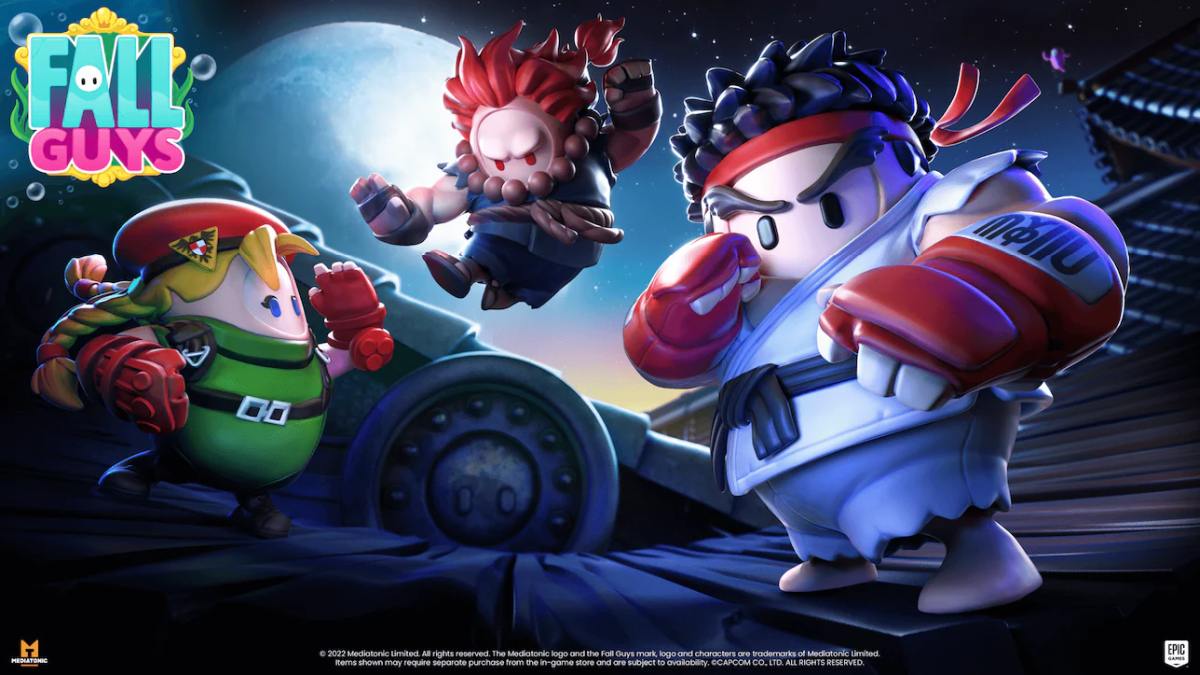 For those who love the Street Fighter series, costumes portraying Ryu, Akuma, and Cammy are now available for purchase.

If you want to go the extra mile, there are also Player Select packages for all three characters, including emotes, nameplates, and more.

Of course, even with the costumes, the characters will still retain the typical super-cute Fall Guys look.

The release was accompanied by a cinematic trailer, which you can watch below. Funnily, Street Fighter fans will find a few Easter Eggs, including the iconic Bonus Stage car.

Fall Guys is currently available for basically everything that has a chip inside, PC, PS4, PS5, Xbox One, Xbox Series X|S, Nintendo Switch, iOS, and Android. Season 3 is now in full swing, having brought more costumes from popular IPs including The Elder Scrolls V: Skyrim and SpongeBob Squarepants.

If you’re unfamiliar with Fall Guys, it’s a free-to-play battle royale platformer developed by Mediatonic and originally published by Devolver Digital in 2020. It then passed under the Epic Games umbrella when the house of Fortnite purchased the developer in 2021.