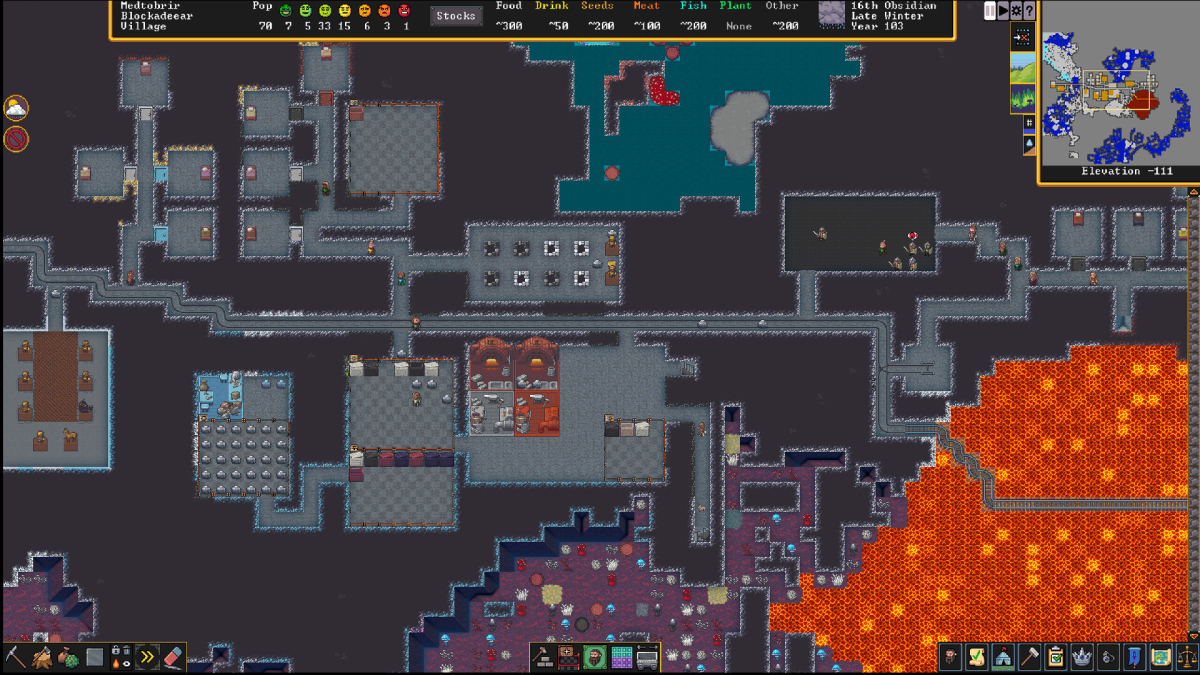 The game was originally released on PC as freeware in 2006 under a different name, Slaves to Armok: God of Blood Chapter II: Dwarf Fortress, and was supported by donations for the two-man team of Tarn Adams and Zach Adams. It featured text-based and ASCII graphics, and has been notorious as a difficult game to get into due to its complex systems and basic graphics.

Dwarf Fortress was originally announced in 2020 as coming to Steam, and will also be available through Itch.io for $29.99 on Dec. 6. The game will contain Legends mode in addition to the updated graphics, according to the news announcement, but the studios are “not totally sure” if the Arena mode, Classic mode, and Steam Workshop integration will make launch. Although, the features could be patched in the following weeks after launch if need be.

The studios said there will be post-launch support with more graphics for plants and baby animals in the coming months, while also looking for help to port the game to Mac and Linux. Under the title of “Eventually” in the announcement, the studios hope to bring Adventure mode, Steam achievements, and villain and army systems. This would then be followed by “a lengthier development cycle” for improvements to systems such as the map, myths, and magic.