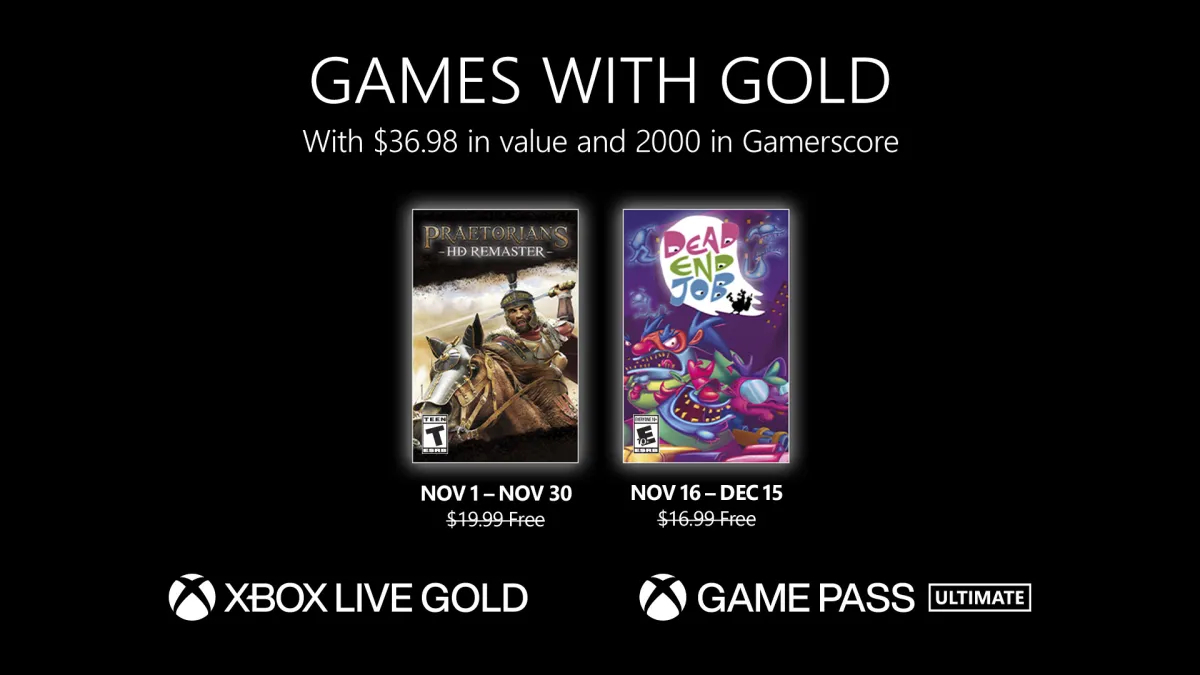 Microsoft has revealed the small lineup of Games With Gold titles that Xbox Live Gold and Xbox Game Pass Ultimate subscribers can claim throughout November.

The list only contains two games for the month as the company announced last July that it would be no longer including Xbox 360 titles in the program starting on Oct. 1, citing that it had “reached the limit of our ability to bring Xbox 360 games to the catalog.” The lineup of games each month typically contained four games with a mix of Xbox One and Xbox 360 titles, but has been decreased to just two Xbox One titles since the change with Portal 2 being the final Xbox 360 game given out in September.

The two Xbox One games that can be claimed in November are Praetorians – HD Remaster from Nov. 1 – Nov. 30 and Dead End Job from Nov. 16 – Dec. 15. Praetorians – HD Remaster is a remaster of the 2003 real-time strategy game set during the Roman Empire era. Meanwhile, Dead End Job is a single-player or couch co-op twin-stick shooter where player have to suck up ghosts under a 90’s cartoons theme.

The two games from October’s Games With Gold lineup can still be picked up, including survival adventure Windbound until Oct. 31 and strategic survival simulation Bomber Crew: Deluxe Edition until Nov. 15.