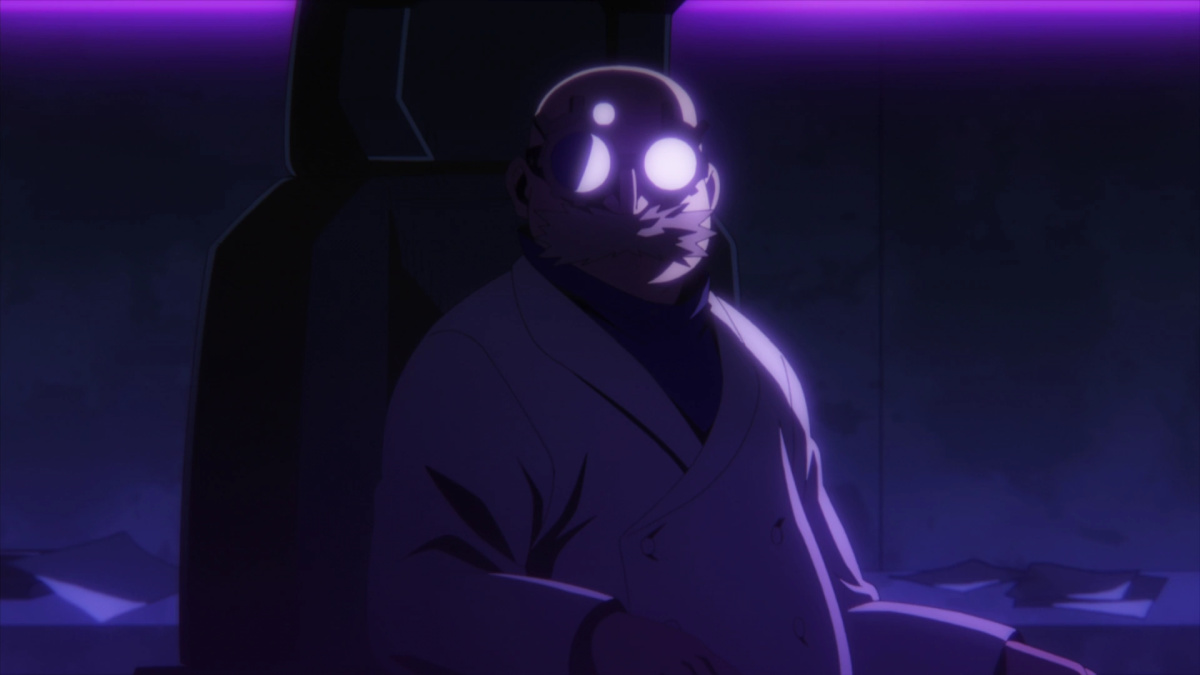 The latter portion of My Hero Academia sees some major shifts in its story structure and stakes compared to its earlier arcs, and for good reason. The idyllic days of making friends and growing stronger make way for times of turmoil, and the villains of the series’ world rear their heads in quick succession. One such villain is the doctor responsible for Shigaraki’s transformation into the final big bad, but if you’re like many fans, his appearance left you wondering: Who is Garaki Kyudai in My Hero Academia?

Fortunately, we’re here to explain everything you need to know about the character.

From what has been revealed in the series thus far, Garaki Kyudai is an established doctor and medical researcher in the world of My Hero Academia who deals in shadier businesses under the surface.

Incredibly skilled in medicine and a fervent examiner of the development of Quirks in the population, Ryudai is an authority on helping people understand how their powers work. He’s noted as being involved with and working at several hospitals throughout the country and penned a thesis on the possibility of Quirks eventually becoming so powerful and destructive that they could destroy the world if not controlled properly.

This is, in turn, is why he ended up allying himself with All for One. Convinced by the Big Bad of the world that he was the only one capable of controlling the ever-growing number of quirks, Kyudai decided to help All for One achieve a longer life span and gain the influence needed to absorb any quirk he wished. He began experimenting on human test subjects to better understand how Quirks can be blended into a single body and devised ways for All for One to be able to harness as many quirks as possible.

Through this, he believed the world would be spared the destruction of Quirks mutating out of control and created countermeasures that could be used in case All for One wasn’t able to achieve their goal.

This is also how he came to become a staunch ally of Shigaraki and the League of Villains. Still dedicated to his goal of controlling every possible quirk, he decided to help Shigaraki gain All for One’s power and carry out their plan.

Did the Doctor Lie to Deku About His Quirkless Trait?

However, it’s worth noting that Garaki Kyudai shows up far sooner than Seasons 5 and 6 of My Hero Academia. In fact, he’s one of the first characters viewers ever saw.

This is because Kyudai is the doctor who diagnosed Deku as being quirkless at the beginning of the series. It makes sense, seeing as how Deku’s mother was likely looking for a quirk specialist to figure out why Deku hadn’t developed his quirk despite being the proper age.

This, of course, raises the question of whether or not he lied to Deku about not having a quirk, but the chances of him doing so are slim to none. There was no indication at that time that Deku would inherit One for All, so Kyudai had no reason to try and fool Deku into avoiding Hero work altogether. Likewise, his mastery of One for All, thanks to his Quirk-less nature, shows that the diagnosis was accurate, meaning Ryudai’s medical work wasn’t entirely a front to cover for his shadier dealings.

Hopefully this cleared up who Garaki Kyudai is in My Hero Academia. For more on the series, check out our related articles down below. We’ve also got plenty more My Hero content, including a quiz to see which hero you’d be and our thoughts on the Season 5 OVAs.