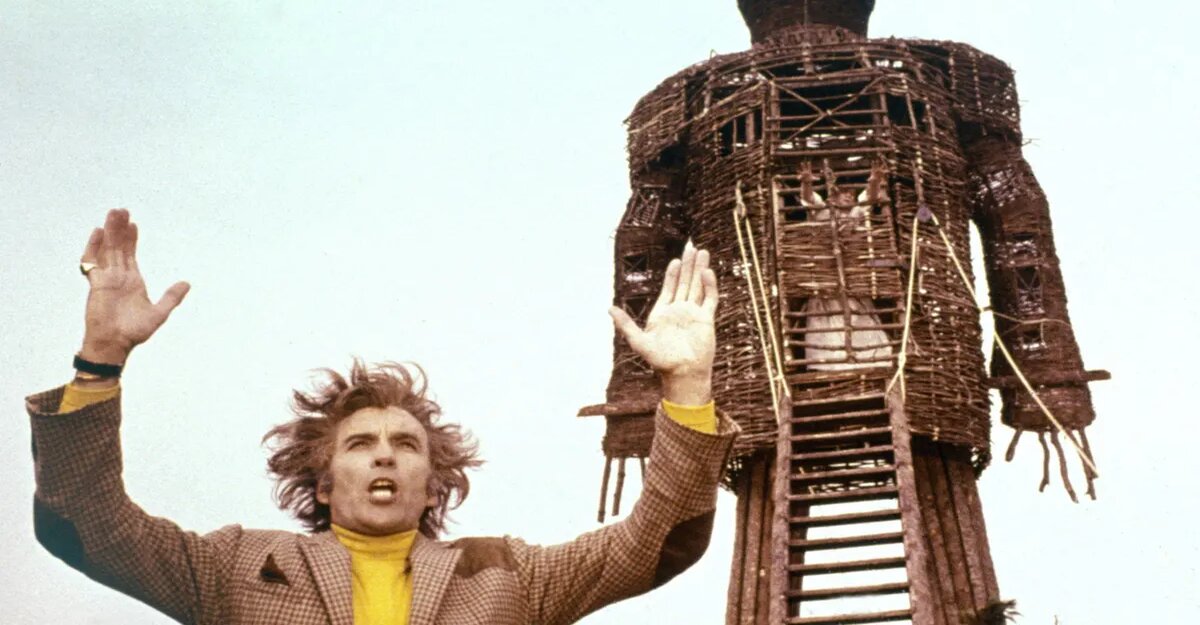 The 1973 horror classic The Wicker Man is getting another remake. According to Deadline, a television adaptation of The Wicker Man is in development from Andy Serkis and Jonathan Cavendish’s The Imaginarium and Studiocanal-backed Urban Myth Films. War of the Worlds writer Howard Overman has penned the script.

Based on David Pinner’s 1967 novel Ritual, The Wicker Man centers on Police Sergeant Neil Howard and his investigation of a missing girl. His search leads him to the remote Hebridean Island of Summerisle. He encounters the island’s inhabitants paying homage to the pagan Celtic gods.

The 1973 horror classic was remade for the big screen in 2006. The film starred Nicholas Cage and received mostly negative reviews from critics. The critical consensus on Rotten Tomatoes calls the movie unintentionally funny.

This isn’t the first time a Wicker Man remake was discussed after 2006. Red Production Company has reportedly been exploring ways to revive the horror classic since Studiocanal acquired the company in 2014. Overman hinted the TV remake will “explore the same themes of sacrifice, superstition and ritual” that were at the core of the original film.

Imaginarium co-founder Cavendish stated Overman has delivered a “bold, shocking, and unique series.” The writer is best known for his work on the British television series Misfits. The show won the 2010 BAFTA Television BAFTA Award for Best Drama Series.

No further details about the project were provided. Imaginarium Productions has helped with performance capture with some of Hollywood’s biggest franchises. It’ll be interesting to see if the horror remake will incorporate some of today’s modern visual effects and technology. We’ll also have to see how fans will react to the TV remake since the 2006 film is universally considered a hilarious disappointment.