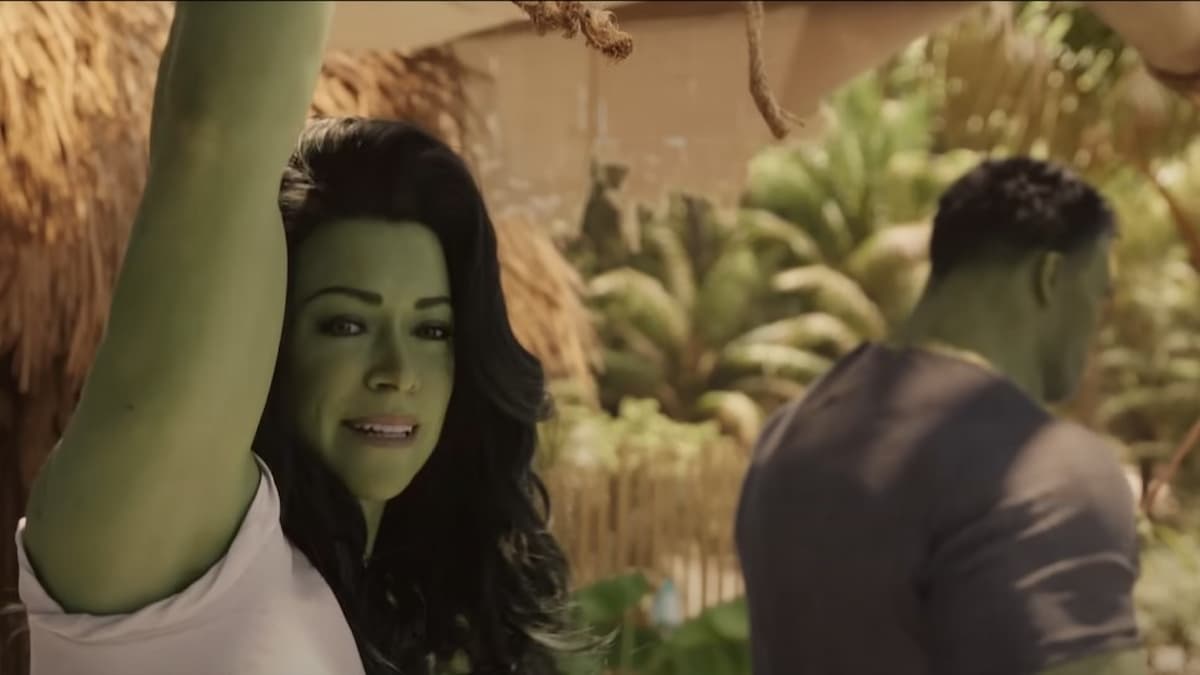 She-Hulk: Attorney at Law has recently come to a close, and with its season finale, the show goes full meta, focusing on an absolutely bonkers twist. However, that does not mean that the series does not set up things for the franchise going forward, as there are plot developments that impact both a possible second season, along with the MCU at large. The following are seven ways the sensational She-Hulk’s Disney+ series changed the MCU.

The immediate standout moment from the She-Hulk: Attorney at Law season finale is, without a doubt, the fourth wall breaking and K.E.V.I.N., a moment that is a reference to She-Hulk’s comics. However, what exactly does this moment mean for She-Hulk and the MCU?

Well, K.E.V.I.N. (Which is a play on Marvel President Kevin Feige) makes it clear that this was a one-time thing for She-Hulk, so we won’t likely get to see the robot again. Also, there’s a good chance that we won’t get to see She-Hulk breaking the fourth wall in other projects that don’t revolve around her, except for perhaps Deadpool.

Deadpool 3 has been announced and is in full development, and if there’s any character that is perfect for making an appearance in the movie, it is She-Hulk. I mean, a fourth wall battle between her and the Merc with a Mouth would be outstanding. We could even perhaps see the two interact in Avengers: Secret Wars.

So, as you can see that while K.E.V.I.N. may be a one-off, the fourth wall breaking is nowhere near done, given that She-Hulk and Deadpool are potentially some pretty essential characters going forward. Characters who are both prone to breaking the fourth wall.

Hulk and Skaar Are Father and Son

The She-Hulk: Attorney at Law finale finally gives the clear answer as to why Hulk has been off-world this whole time, which is that he needed to retrieve his son Skaar. The spaceship that caused the crash in the season premiere was Sakaaran, something that means that the spacecraft was coming to Earth to retrieve Hulk and take him to his son.

Hulk and his relationship with Skaar will undoubtedly be a plotline going forward, with the MCU exploring how exactly Skaar ended up being conceived and was able to age much quicker than time should’ve allowed. Where exactly we will see this storyline continue is unknown, though a long-rumored World War Hulk and/or Planet Hulk movie would be an ideal place to do so. Perhaps Skaar could even end up being a member of the MCU’s Young Avengers.

She-Hulk’s Blood May Still Be Out There

Right off the bat, I want to make it clear that, yes, it is entirely up in the air whether or not She-Hulk’s blood is actually out there. Even if the blood isn’t out there, though, that doesn’t mean that it can’t be taken again, and despite how Jen may feel, it is a story that could indeed be quite interesting given the ramifications.

With The Leader being in Captain America: World Order and Harrison Ford rumored to be replacing William Hurt’s Thunderbolt Ross, aka Red Hulk, there are plenty more opportunities for She-Hulk’s blood to be necessary for future MCU installments. We also can’t forget that Jen’s conversation with K.E.V.I.N. hinted at a possible movie within the Hulk corner of the MCU, which could also be another fantastic place for this story to come up.

So while it’s unlikely that She-Hulk’s blood was taken in the rewritten plotline, this isn’t definite, and even if it is, the MCU could make a joke out of the fact that Jennifer ends up getting her blood stolen anyway.

Daredevil and She-Hulk Are Together Now

One of the primary focuses of the last two episodes of She-Hulk: Attorney at Law is the quickly blossoming relationship between Jen and Matthew Murdock. While we don’t know if this is a relationship that will continue, the generally positive response to the pairing could mean that this is a couple that will stick around, especially seeing as how one of the finale’s final scenes is of the couple.

Conveniently, Daredevil is getting his own show in 2024 with Daredevil: Born Again, and as the show has a whopping 18 episodes, there’s a good chance that Jen will make an appearance in at least one of those episodes.

Daredevil is clearly an important character for Marvel Studios, given this number of episodes, so perhaps their relationship won’t continue romantically, but some kind of relationship is still very much on the table.

Abomination Is Now at Kamar-Taj

The friendship between Abomination and Wong was set up in last year’s Shang-Chi and the Legend of the Ten Rings with their friendly fight in Xialing’s Golden Daggers Club. It makes perfect sense that Wong would come to Abomination’s rescue and break him out of his prison cell. But what exactly is next for this unlikely yet still fun friendship? Well, at this point, we aren’t sure where either character will show up next, but given Wong’s tendency to make cameos, perhaps this means that the next time we see Wong, we’ll also see Abomination.

Kamar-Taj is becoming a place where superheroes can hide out, with the current residents being Wong, Abomination, Rintrah, and America Chavez. The next likely place for the Kamar-Taj to show up is in the two upcoming Avengers movies, so that is currently the most probable place that we’ll next see Abomination.

Perhaps during The Kang Dynasty and/or Secret Wars, the Avengers need to call on the Masters of the Mystic Arts, who in turn bring Emil to help as well.

The Sokovia Accords Have Been Repealed

The Sokovia Accords are no more, a fact that Daredevil briefly mentions in the trial involving Leapfrog suing Luke Jacobson. For those who may not remember, the Sokovia Accords made it so that all superheroes, and super-adjacent people, needed to register with the government and basically become employees, in a way, of the U.N.

The Accords were the central plot device used in Captain America: Civil War, with Iron Man fighting for them and Captain America fighting against them. So while we don’t know precisely what made the government repeal them, we can guess that they likely were because of the Snap and/or Blip and how the Avengers earned tremendous goodwill due to the Battle of Earth.

Though what exactly does all this mean for the MCU in the future? Well, it means that theoretically, superheroes should be under less government scrutiny.

However, shows like She-Hulk and Ms. Marvel prove that this is not necessarily the case as the D.O.D.C., Department of Damage Control, is fully armed in taking enhanced individuals down. This means that while the Sokovia Accords are no more, the government isn’t completely taking its eyes off superheroes, as the D.O.D.C. is in full force and bigger than ever.

One of the bigger things that She-Hulk: Attorney at Law did was bring in lesser-known Marvel superheroes and villains. Some notable examples are Mr. Immortal, Leapfrog, and the group of enhanced individuals that Jen meets during her trip to Emil’s retreat, Summer Twilights.

The implication of the MCU introducing such characters is actually a bit bigger than one may think at first glance. This is because it means that these Marvel projects, in particular the Disney+ shows, will introduce wider audiences to characters that even hardcore Marvel Comics fans may not know. It means that it is worth it for people to keep an eye on even more of the lesser-known characters and try to figure out who exactly may end up appearing in other MCU projects with lower stake roles.