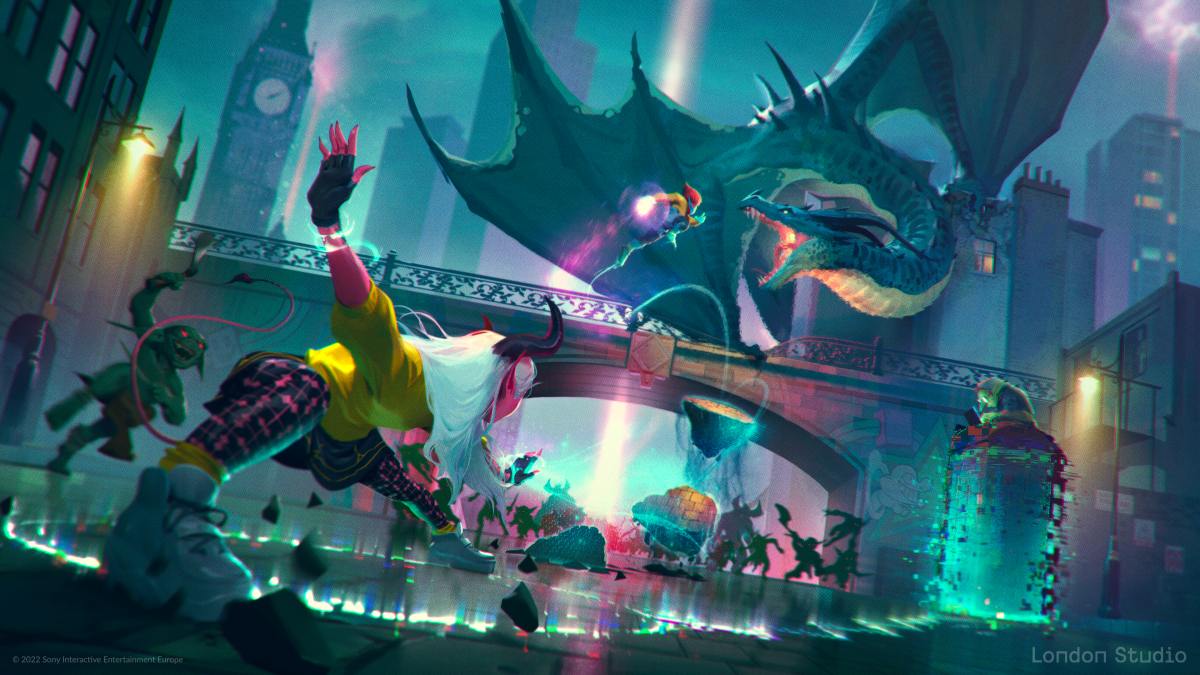 Many may know Sony Interactive Entertainment London Studio for its PlayStation VR games like Blood & Truth and PlayStation VR Worlds, or for the SingStar series, but it’s trying something new.

Today studio heads Stuart Whyte and Tara Saunders announced that the team is working on an unannounced “online multiplayer game set in a modern-day, fantasy London.”

Not only it isn’t a PlayStation VR game, being for PS5 and playing on a normal flat screen, but it’s also defined as the studio’s “most ambitious project to date.”

For now, all we get to see is a concept image, which is portrayed above.

The game is a cooperative action game and it includes “a lot of wonder and magic.”

The game was devised through a “briefing document that gave high-level guidelines on the types of titles that we were looking for, but it was still very loose, and had a lot of room for creativity.” The process was similar to what Guerrilla Games used to come up with Horizon Zero Dawn.

Over a period of months, the developers submitted about 60 different ideas, and eventually, they were distilled into the final one. Throughout the process, the studio consulted with other PlayStation studios and did market research in the US and the UK.

Interestingly, the game is using its own proprietary engine. Interestingly, this isn’t an engine modified for PS5, but built from the ground up for the newer platform and for the needs of the new game. It has been designed to fully take advantage of the specs of the console.

It’ll be interesting to see what the game will be like when Sony and London Studio finally decide to reveal it. For now, we’ll have to wait.