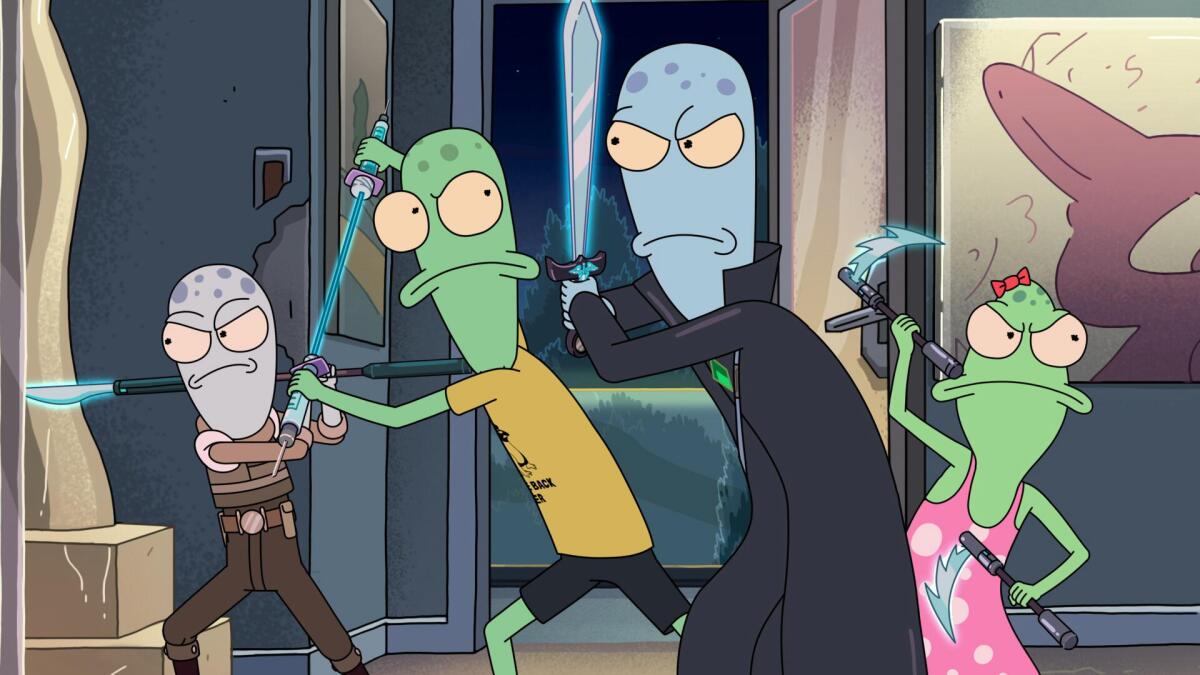 The Solar Opposites are coming back for a fifth season. During the show’s panel at New York Comic Con, it was revealed that Hulu renewed the series for an additional season, meaning that everyone’s favorite band of misfit aliens aren’t going anywhere for the foreseeable future. The news comes just a few days after the series premiered its recent Halloween episode, A Sinister Halloween Scary Opposites Solar Special.

Season 4, which was announced back in 2021, will air 12 episodes sometime in 2023. Solar Opposites is the brainchild of Justin Roiland, co-creator of Rick and Morty, and fellow writer Mike McMahan, co-creator of Star Trek: Lower Decks.

It follows the wacky adventures of a family alien unit from the Planet Shlorp and consists of scientist Korvo(Portrayed by Roiland), his eccentric partner-in-crime Terry (Thomas Middleditch), adolescents Yumyulack and Jesse (Sean Giambrone and Mary Mack, respectively), and The Pupa as they try to adjust to life on Earth.

Released in 2020, Solar Opposites received critical acclaim, with critics comparing it favorably to Rick and Morty. According to The Hollywood Reporter, Hulu (which doesn’t release viewership numbers) claims that the beloved series was the most-watched comedy program on the service.

The streaming giant isn’t slowing down with adult animated programs, as it will soon release The Paloni Show! Halloween Special! (also created by Roiland), The Koala Man from Smiling Friends Co-Creator Michael Cusack and a revival of the beloved sci-fi series Futurama.