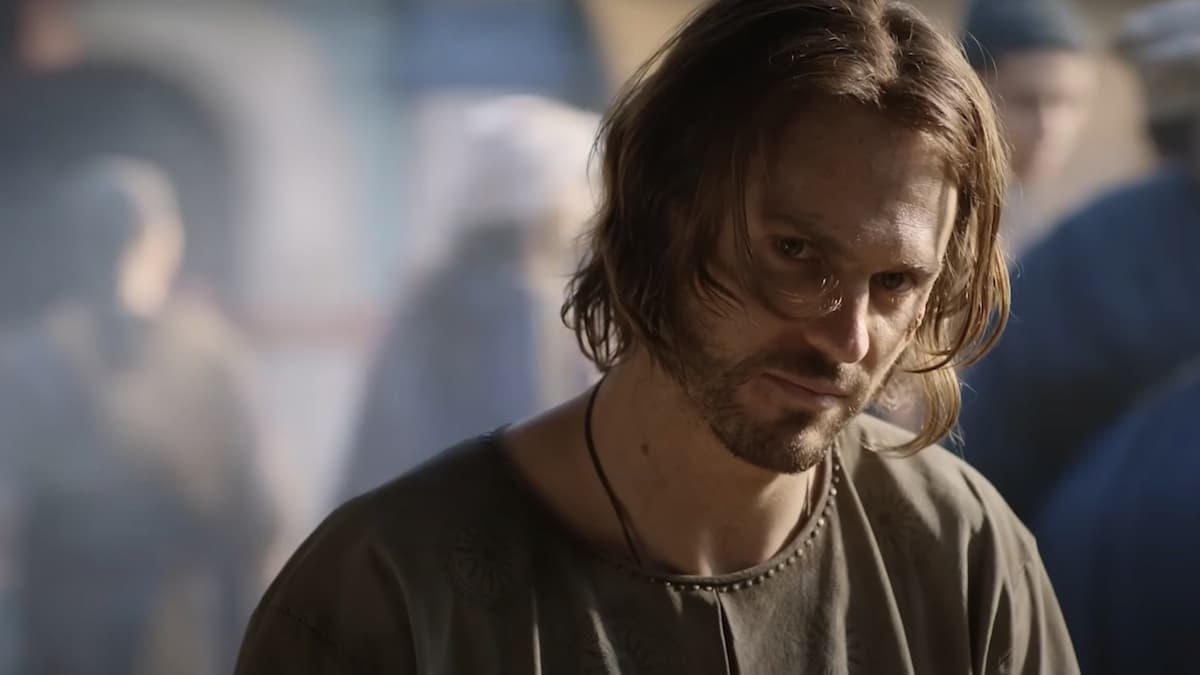 The Rings of Power season finale is full of surprises, with the biggest one being Sauron’s identity. The white robed figures say the Stranger is Sauron, but they quickly regret that decision; meanwhile, Galadriel gets a bad feeling about Halbrand. Here’s what you need to know about Halbrand’s identity in Rings of Power.

Is Halbrand Sauron in Disguise?

Yes, Halbrand has been Sauron the whole season—the irony that Galadriel rode for days on horseback to save Sauron’s life is astounding. Halbrand’s ideas to aid Celebrimbor in crafting a small piece of mithril into powerful rings don’t sit right with Galadriel. As soon as she learns that the last king of the Southlands died long ago with no heir, she realizes that Halbrand has been lying to her.

Possibilities flash through her mind, but Galadriel eventually arrives at the correct conclusion. She tries to kill Sauron, but he uses his magic make her relive memories and attempts to recruit her to his side. Halbrand wants Galadriel to be his queen, but since he’s Sauron, he may know something about where Celeborn is.

His claims that he wants to atone for past mistakes and his relief at Morgoth’s defeat could be true, but it’s dangerous to believe them. Sauron flees Eregion, leaving Elrond to rescue Galadriel from a river.