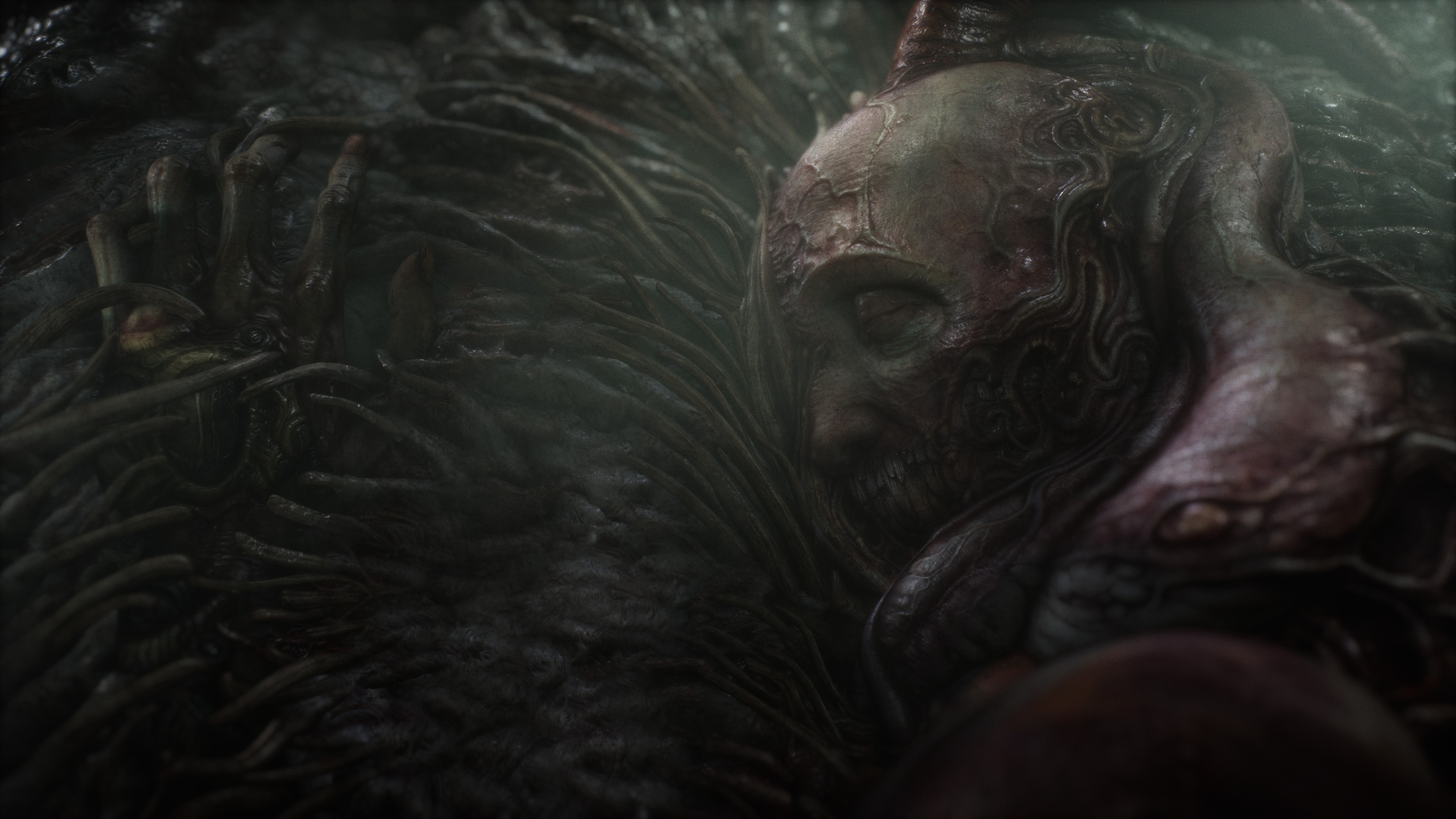 You are nearing the end of the first act in Scorn now that you have overcome both the minecart puzzle and have successfully guided the creature to unlock the door. There is an entirely new mechanic in this next puzzle, so we have written up a quick guide that will take you through its steps. Read on to learn how to solve the bolt gun puzzle in Scorn.

After taking the elevator platform up, you will walk forward and find yourself in a new large space with various paths.

No need to worry much about any of these just yet. Simply head forward until you reach the back of the open room. There should be a pod that rises above the ground as you get close to it. This is what contains your first disgustingly fleshy weapon, the bolt gun.

All you need to do is interact with the pod and you will acquire the gun.

Now that you have your bolt gun in hand, go through either the left or right doorway and continue down the winding path. Either way will lead you to the same thing, a tree that looks like some strange mesh of both meaty and mechanical parts. There will be a control panel on this “tree” that you can activate. Do so.

A drone will come out of the ground that you can move. Move it in front of you and then activate it so that it merges with the pod before you.

Now you can use the combined drone-pod thing on the tree and place it in the hole. You have now unlocked another control panel nearby it that you need to walk toward.

Activate the control panel which will in turn open a shutter that is nearby.

You can now head back down the twisting path that you took to reach the strange tree. There will be another control panel that is nearby the doorway back to the bolt gun’s room. You will need to use your bolt gun on this control panel and then take whichever path you did not inititally (right or left) to activate an identical control panel.

Now that you have activated both panels with your new bolt gun, you will need to reach the tree once again. This will not be as easy, however, as you will encounter your first bout of real “combat” that the game has to offer. There will be drones flying around spraying hot steam that can kill you. Be sure to avoid this steam and use your bolt gun to shoot down drones (hold right mouse button to aim and click to shoot).

Remember that the gun is not a real “gun,” but rather a melee bolt weapon. This means you need to get close to the drones to take them down. Simply get behind them to avoid taking any damage yourself and hit them. When you get them out of your way and reach the tree once again, you will see two new pods you need to move into the holes.

The End of the First Act

Use the drone panel just as you did earlier to move them into the holes. Upon activating the final panel under the pod you placed last, an explosion will occur and your character will lose consciousness.

This is the end of the first act. That’s all you need to know about how to solve the bolt gun puzzle in Scorn. Be sure to search for Twinfinite for more tips and information on the game.