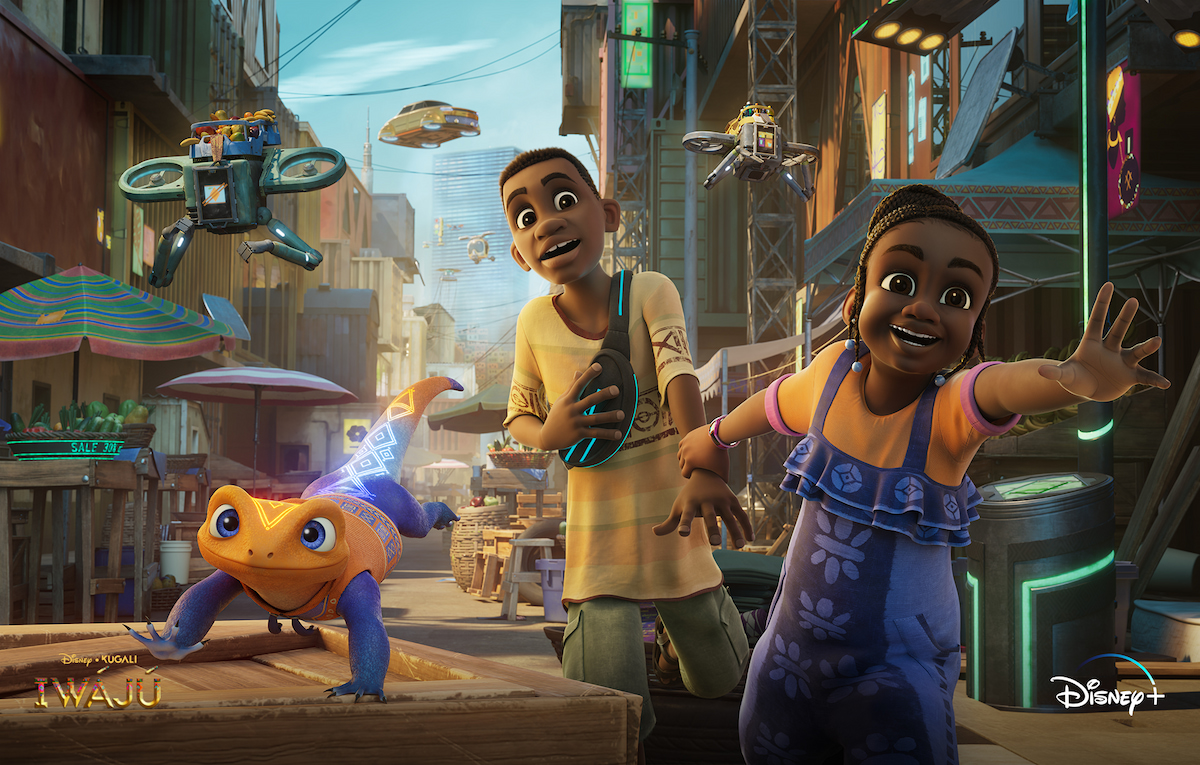 Iwaju was announced during D23 and will be an animated series coming to Disney Plus sometime in 2023. Not much was said about the upcoming series, but it will be set in a futuristic Lagos, Nigeria. It isn’t often that Disney goes futuristic but stays on Earth. Wall-E somewhat counts, but it wasn’t necessarily a set place on Earth.

Iwaju will be created in partnership between Disney Animation and African animation studio Kugali.

On their site, Kugali describes their studio as:

We are an entertainment company that focuses on telling stories inspired by African Culture using comic books, art and Augmented reality. These are stories that respect the history, embrace the present and imagine the future of Africa.

We are dedicated to quality storytelling – specifically focusing on raising up new, untold, authentic African voices.

While Disney Animation is known for telling diverse stories, partnering with a legitimate African animation studio like Kugali will only further flesh out Iwaju into something that anyone can use to learn something about a new culture, even if the series will be set sometime time the future.

We will certainly update you on all things Iwaju when more is known about the series. For now, all we know is the 2023 release date on Disney Plus.

Be sure to stick around as we bring you more reveals and world premieres from D23.