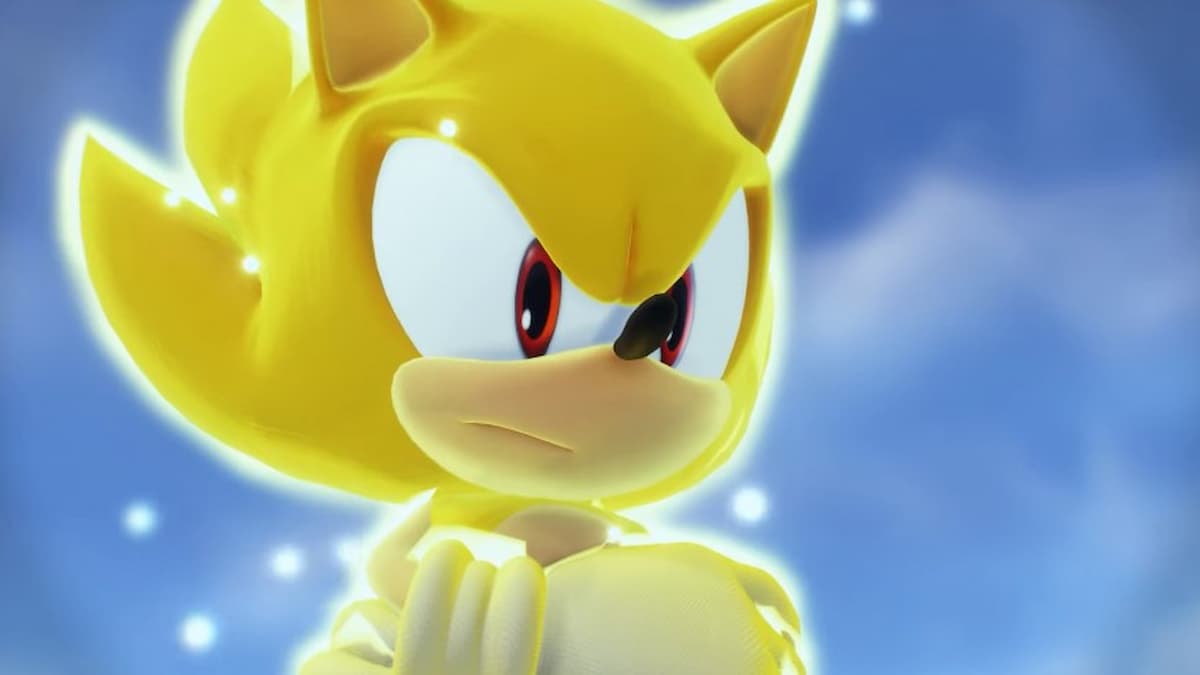 Earlier today, a brand-new Sonic Frontiers trailer was released on the Sonic the Hedgehog YouTube channel. This trailer was made for the Tokyo Game Show (TGS) and features some battle abilities and plenty of enemies to use them on. It also gave a first look at what Super Sonic will look like in Frontiers.

First, the trailer features Sonic in a sandy area with ruins when an enemy sends out a bunch of small satellite-looking robots. It looks like Sonic is able to use those smaller robots as a ladder with his homing attack to reach the main body of the enemy up above. There are also small robots with red glowing lines that seem like they would damage Sonic if attacked.

After that, there’s another enemy or boss surrounded by circular rails that Sonic can grind on to avoid attacks. Immediately after we see the blue blur chaining homing attacks yet again, but this time he unleashes a tornado attack.

The final big reveal at the end featured a cinematic with a massive enemy that was able to pick up Sonic and throw him across the map, through ruins, and into a mountain. The heroic hedgehog then collects himself and it transitions to a battle sequence. This enemy appears to have boost rings all over its body that can be used to reach the top of this giant where Sonic finds a Chaos Emerald.

He’s then able to power up and become Super Sonic. Unfortunately, the action in the trailer cuts out as soon as he starts flying toward this massive enemy. The full TGS trailer for Sonic Frontiers can be found down below.