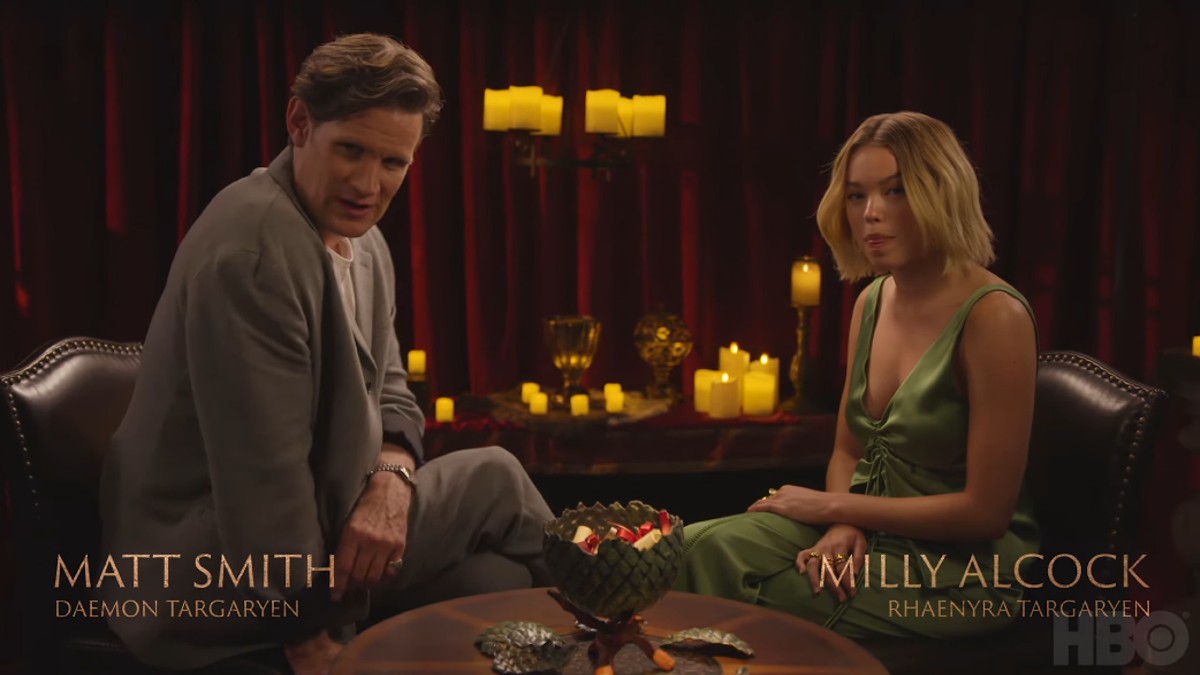 House of the Dragon may currently be streaming its first four episodes on HBO Max, but that doesn’t mean that the promotion for the show’s first season is anywhere close to being done. Many different outlets have hosted interviews with the cast, which often include fun games.

Now it is HBO Max’s official YouTube channel’s turn to get in on the action by posting a hilarious video of the cast participating in a spelling bee of Game of Thrones words.

The video features two duos of starring cast members Matt Smith and Milly Alcock versus Fabien Frankel and Emily Carey, who face off in a Westeros-themed spelling bee. In this competition, the two teams must try to spell words that range from relatively easy, like Aegon, to extremely hard, like Kirimvose.

The universe of Game of Thrones is notorious for having hard-to-spell and pronounce words, so it makes perfect sense that even the show’s cast has a hard time, even if they spend a lot of their time sifting through the words in scripts.

House of the Dragon’s fifth episode starts streaming on HBO Max on Sunday, Sep. 18. This episode will sadly be Milly Alcock and Emily Carey’s last episode as main cast members. This is because the show is going through a major time skip between episodes five and six, so older actresses will play both Rhaenyra and Alicent going forward. House of the Dragon is no stranger to time skips, though, as there have been considerable jumps in time between episodes throughout the series thus far.

For more House of the Dragon coverage, keep an eye on Twinfinite, with some of said coverage even included for you down below.