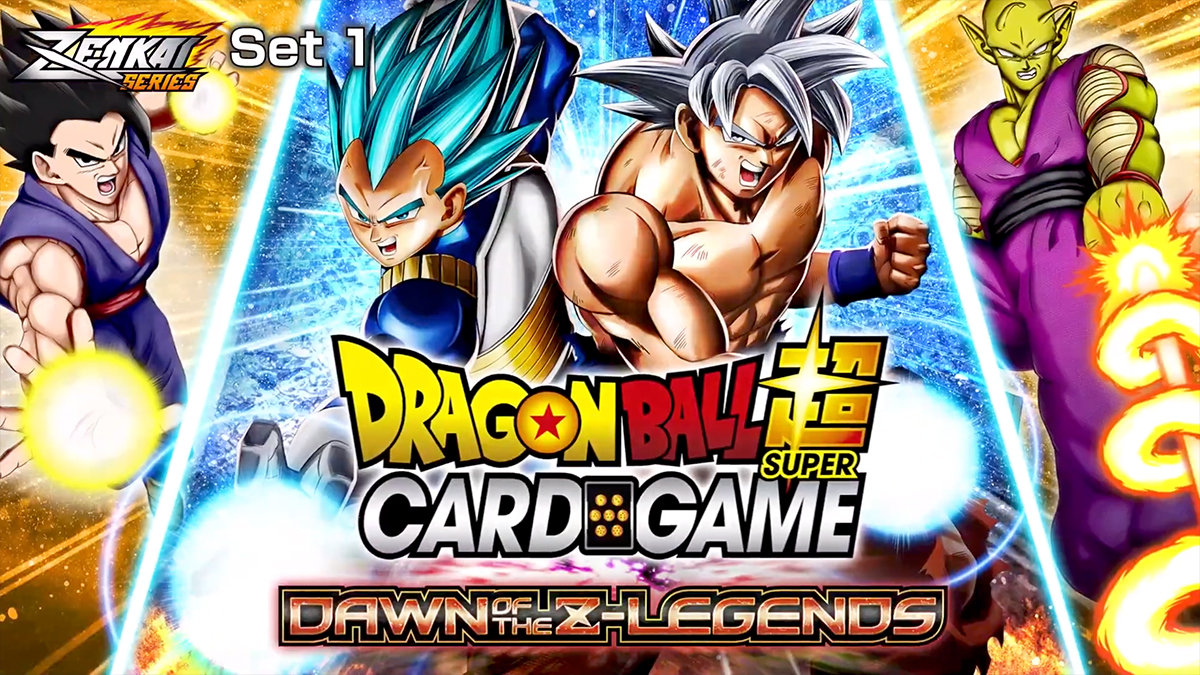 The Dragon Ball Super Card has been somewhat of an underdog in the world of collectible card games. Like many anime-themed card games before it, it released previous versions that failed. But after being relaunched in 2017, it’s more promising than ever, with nearly seven years of continued success.

There’s plenty of support from Bandai, a growing community of players, and large-scale tournaments. DBSCG had its first world championship tournament in 2021; the next one is coming up quickly. The game features a rule set that lets you live and feel the anime’s hyper fights and dramatic battles. Easy to learn, the strategic system of gameplay is rich, deep, and complex.

Being a block set means that Zenkai Series introduces a brand new card type with special rules. For Zenkai Series, the new cards introduced are the Z-card types: Z-Leader and Z-Battle. The following multiple expansion sets will build upon the Zenkai series until a new block is released.

One of the best ways to get started with a collectible card game is by purchasing and playing with starter decks. These products contain a pre-built deck that’s ready to play. It might not be the most competitive, but it gives you a good foundation to start customizing your deck. Bandai has updated their starter deck format to provide better pre-built decks with multiple playsets of cards, which means there are more cards that have four copies in each starter deck.

The Yellow Transformation starter deck features Son Goku from the original Dragon Ball series along with the Turtle School of Master Roshi. Thematically, you’ll enjoy the history of Son Goku starting out as a young kid, turning into a ferocious Saiyan monkey, and growing up into adult Son Goku.

The new Son Goku has the ability to reuse Earthling combo cards that were previously used and put into your drop area. When you’re ready to attack at full force you can awaken into the new Z-Leader Son Goku that packs a whopping offensive ability. He’s backed up by Krillin, Yamcha, Bulma, and Tien Shinhan. This deck is a powerhouse with a mix of brand new cards and some powerful competitive cards.

The Blue Future starter deck focuses on Future Trunks with support from Vegeta, Bulma, and Goku. The Trunks leader is a reboot card from a previously released set who’s been updated for the Zenkai series. His power makes for a defensive style of play that also aims to build more energy than your opponent so you can play higher-costing cards sooner.

The new Z-Battle card Super Saiyan Blue Vegito enhances this strategy with its tremendous power and abilities that can played with the new Z-Energy mechanic. Trunks’ father Vegeta has a new Unison card that increases the deck’s defense and allows you to further manipulate the cards in your life. This supports the Trunks leader’s theme of trading cards in your hand with cards in your life. That way, you’ll have access to a wider of variety of cards that you might need at any given moment.

The Green Fusion starter deck is all about the shenanigans of the fun Trunks and Goten duo. You’ll want to combine Trunks and Goten into Gotenks ASAP to start wreaking mayhem. SS3 Gotenks is a reboot of the same hero previously released in an older set, and his power lets you create ghost clones just like his special attack in the anime.

In this deck, you’ll get a Unison card that lets you search your deck and drop area to get the cards you need you fuse into Gotenks right away. The Z-Leader also helps you take advantage of your ghost clones and makes for a powerful finisher to close out games with a final attack. There are also some highly competitive green cards in this deck that will be foundational to any green strategy that you might play in the future.

The Red Rage starter deck is led by Pan from the Dragon Ball GT anime along with Super Saiyan 4 Son Goku. Pan is also a rebooted leader that never got enough supportive cards- until now. Her ability lets you increase the power of your combo cards while drawing more cards. This effect can quickly overwhelm your opponents with an aggro strategy plus card advantage.

The Son Gohan Unison card also lets you draw more cards when you combo and has a powerful ultimate attack. There’s a good mix of popular competitive staples from previous sets that you get with this deck. The new Z-Battle card SS4 Son Goku is one of the few powerful offensive cards that can deal direct damage to your opponent.

Which Starter Deck Should You Choose?

If this is your first time playing DBSCG, then I recommend you start with either the Red Rage deck or the Yellow Transformation deck. Both are very powerful straight from the box and include prized cards for each of their respective colors. Red Rage is fast-paced and aggressive, which makes it the easiest playstyle to learn. It also provides plenty of Dragon Ball fighting action. Yellow Transformation is a good balance between offense and defense, and you get to play with a great set of abilities using Son Goku.

Although most players are competitive-minded, don’t let that stop you from enjoying the game casually and for fun. Each new set brings multiple themes that focus on characters throughout the entire Dragon Ball Saga and are brought to life using the mechanics of the cards. You can easily build decks around your favorite characters and enjoy your favorite moments from the anime series.

The best part about the DBS card game is how it’s non-rotational game. This ruling means that every card you purchase can be played with all the time and never gets cycled out. The only caveat is if a card is ever banned from tournament play. Newer sets and cards can indeed become more powerful, but Bandai has recently started rebooting previous leaders to help bring them up to par.

Now is the perfect time to start playing Dragon Ball Super Card Game so pick up a starter deck (or all four) and start battling! If you’ve never watched the entire anime series, you can also find out how to watch the entire Dragon Ball anime in order to enjoy the entire history.