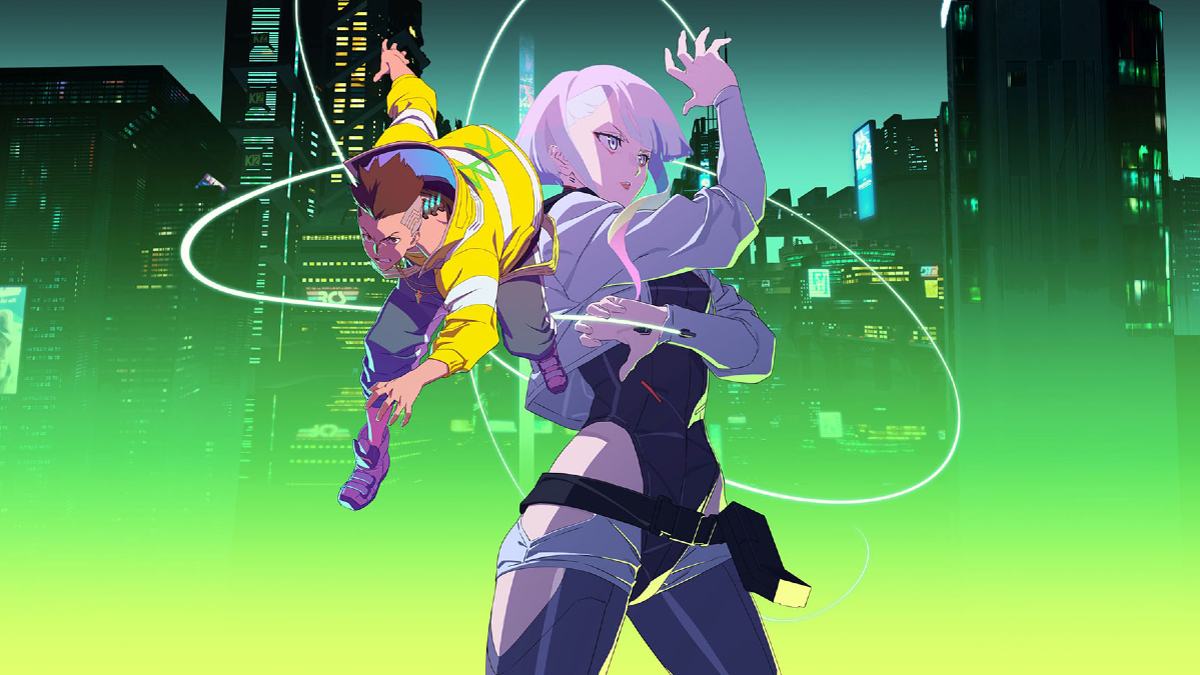 Today, CD Projekt Red held a Livestream to celebrate all things Cyberpunk, including the exciting new anime that is set to hit Netflix later this month, Cyberpunk: Edgerunners. The show is set to follow David, a young man trying to make his way in the beautifully dangerous futuristic utopia known as Night City.

One day, David loses everything he’s ever held dear, only to be presented with a unique set of Cyberwear that will change his life. When talking about his journey, Cyberpunk: Edgerunners writer and producer Bartosz Sztybor also confirmed two important things about the upcoming anime (1:05:13 mark). The first is that the show is 100 percent canon, and that you’ll be seeing guns, clothing, and other important things from the game in this show.

In fact, you’ll also be seeing some well-known and beloved characters from the game in the show as well. While it hasn’t been confirmed as to who will be a part of it, Sztybor stated that the ones that will appear will be easy to recognize for fans of Cyberpunk 2077.

Alongside this news, a brand new english dub of the NSFW trailer that was released last week was revealed, which you can check out for yourself right down below, as well as an official description.

CD PROJEKT RED, the company behind the Cyberpunk 2077 video game, is producing the series with Rafał Jaki (The Witcher 3: Wild Hunt, Cyberpunk 2077, The Witcher: Ronin) as Showrunner and Executive Producer, with Satoru Homma, Bartosz Sztybor and Saya Elder serving as producers. The team at CD PROJEKT RED has been working on this new series since 2018.

The series tells a standalone, 10-episode story about a street kid trying to survive in Night City — a technology and body modification-obsessed city of the future. Having everything to lose, he stays alive by becoming an edgerunner — a mercenary outlaw also known as a cyberpunk

For more info on this and the game, be sure to search Twinfinite for plenty of other guides, news, and features.