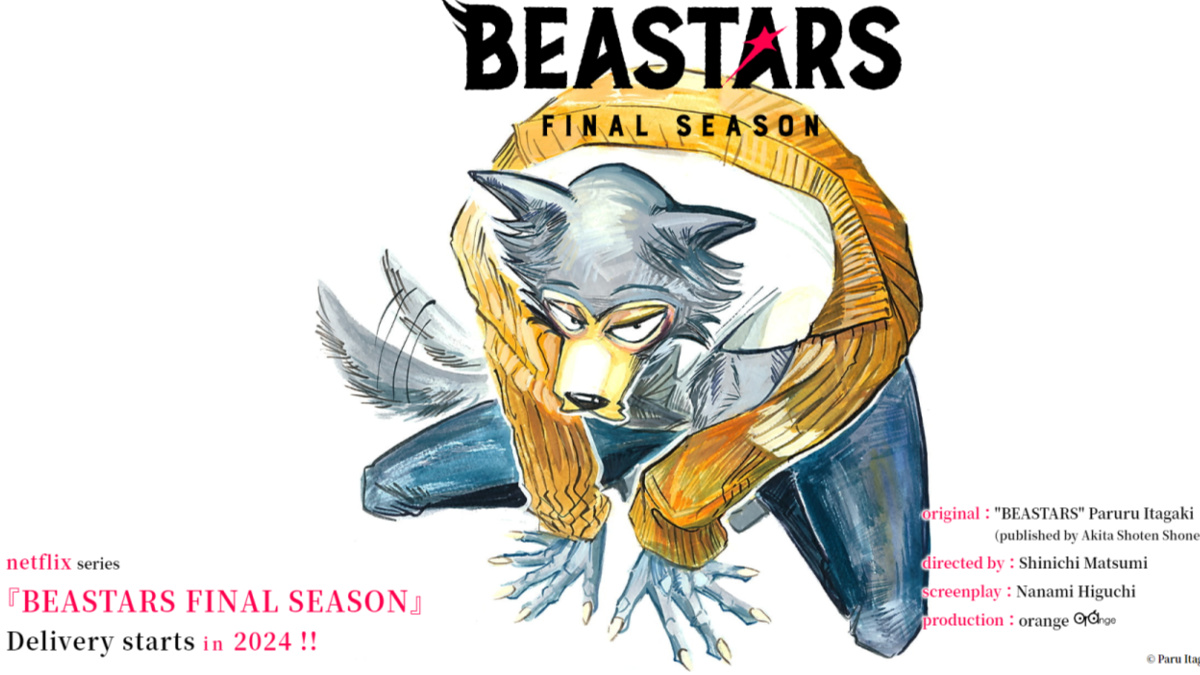 The final season of Beastars has been confirmed to be in production, but it’ll be a little while before fans can experience it.

In a post made to the official Beastars website on Sept. 7, it was revealed that the anime adaptation is officially in production. It will again stream on Netflix, and will cover the rest of the material from the manga leading up to the series’ conclusion. This would cover the Interspecies Relations arc as well as the Revenge of the Love Failure arc; both of which offer drastic story developments and big character development moments for the core cast.

The season currently has a release window of 2024, though no specific month or day has been given at this time.

The announcement was also made in the 41st issue of the Weekly Shonen Champion magazine, where the reveal also came alongside a promotional sketch of Legoshi made by the series’ author and illustrator Paru Itagaki. Legoshi can be seen crouching down with his claws extended and a curious glare, though his tail is wagging back and forth behind him.

Beginning publication back in September of 2016, the Beastars manga follows the life and coming of age of Legoshi, a wolf living in an anthropomorphic animal society. Though he is a predator, Legoshi finds himself drawn to a white rabbit named Haru who he feels both predatory and affectionate toward. This in turn leads him down a path of self discovery that forces him to make peace with his animal instincts, embrace his true feelings and find a place where he can live out his life as he sees fit.

Both seasons of Beastars can currently be streamed on Netflix. For more on the series, check out the related articles down below. We’ve also got plenty of lists related to other anime topics, such as the best fights in anime and the best anime senseis.