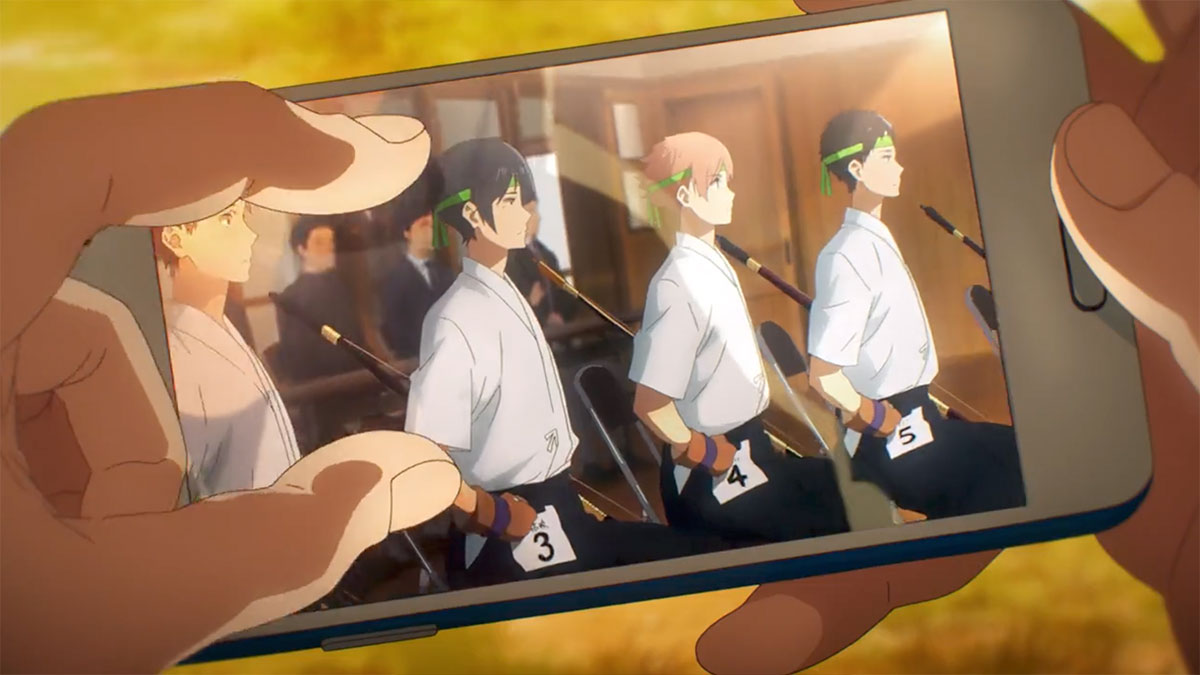 The first teaser trailer for Tsurune season 2 has just been released on the anime’s official website and Twitter. While short in duration, the video packs a punch, featuring quick cuts focusing on showcasing the martial art of kyūdō archery from the main character’s perspective, Minato Narumiya.

Minato provides a voice-over during the teaser. There are no English subtitles available, but the artwork and music convey the tone of the series and offer a glimpse into its world.

From the first season, Minato was a former kyūdō student who eventually lost his interest in archery. A specific incident during one of his middle school tournaments is the main cause for his disinterest.

In Minato’s new high school, he finds himself being pulled back into kyūdō. His childhood friends Ryōhei Yamanouchi and Seiya Takehayareunite reunite with him. And soon, Minato realizes that he has no other choice but to once again pick up a bow and arrow.

This anime crosses multiple genres, from sports to slice-of-life. It presents a basic introduction to the technicalities of Japanese archery with a storyline about the friendship and relationships between the five boys on the team.