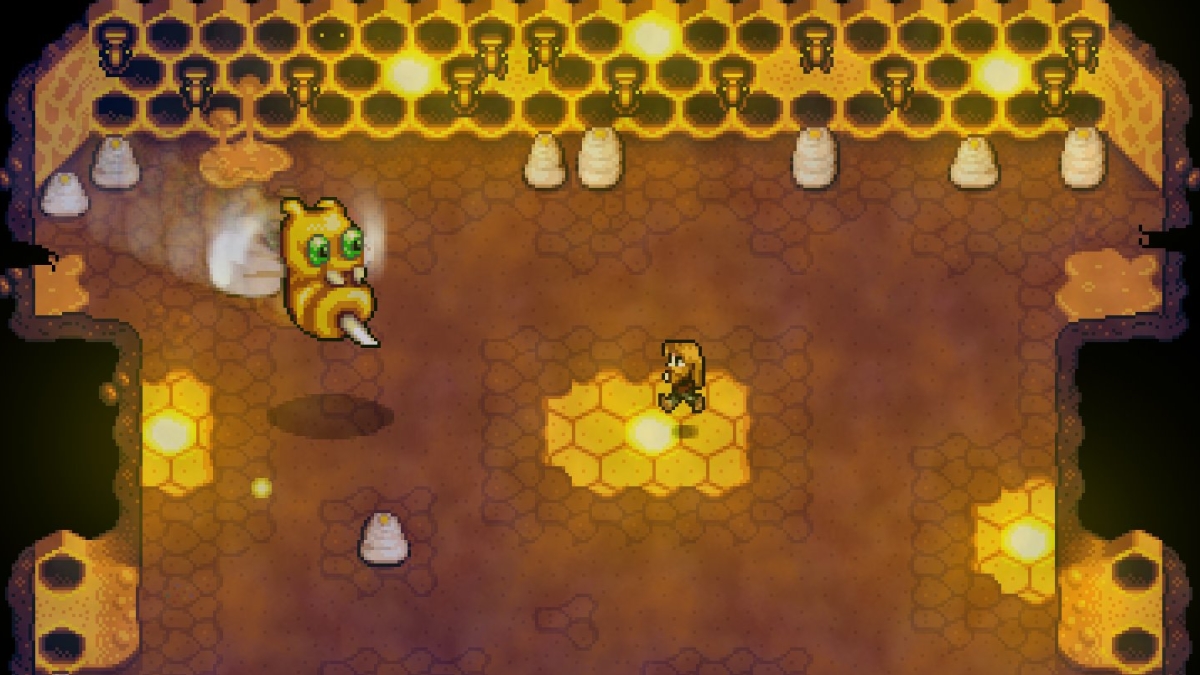 Eric Barone, also known as ConcernedApe, has shared a new screenshot for his upcoming game Haunted Chocolatier. This single screenshot shows off an area that looks like a beehive containing a bee boss that is encountered in the game.

In addition to the screenshot, Barone also shared the bee boss music for this area straight from what will be the Haunted Chocolatier OST.

When asked if Haunted Chocolatier could be considered a spiritual successor to Stardew Valley, Barone said he doesn’t know, adding that it’s just another game he is making.

Finally, when asked if he will add a pet rock named Xavier to the game, Barone clarified that he will not be doing so. Sorry, fans of pet rocks named Xavier.

If you somehow missed the news of Haunted Chocolatier’s announcement last year, you’ll be pleased to know that the Stardew Valley developer has been hard at work on this new game which shares many of the assets and aesthetics of his first game. This time, though, the premise of the game involves collecting ingredients to make and sell chocolate in a chocolate shop.

You can check out some more Haunted Chocolatier screenshots that Eric Barone shared earlier this year right here. You can also listen to a new track for other boss battles in the game right here.

As of right now, there is no set release window for Haunted Chocolatier, and since Barone is the sole developer of the game, it is expected to take some time before it is ready to be played. You can read more about Haunted Chocolatier on its official website.